The Mako Reactor
Home Reviews The Legend of Heroes: Trails from Zero PC Review – Perfect for... 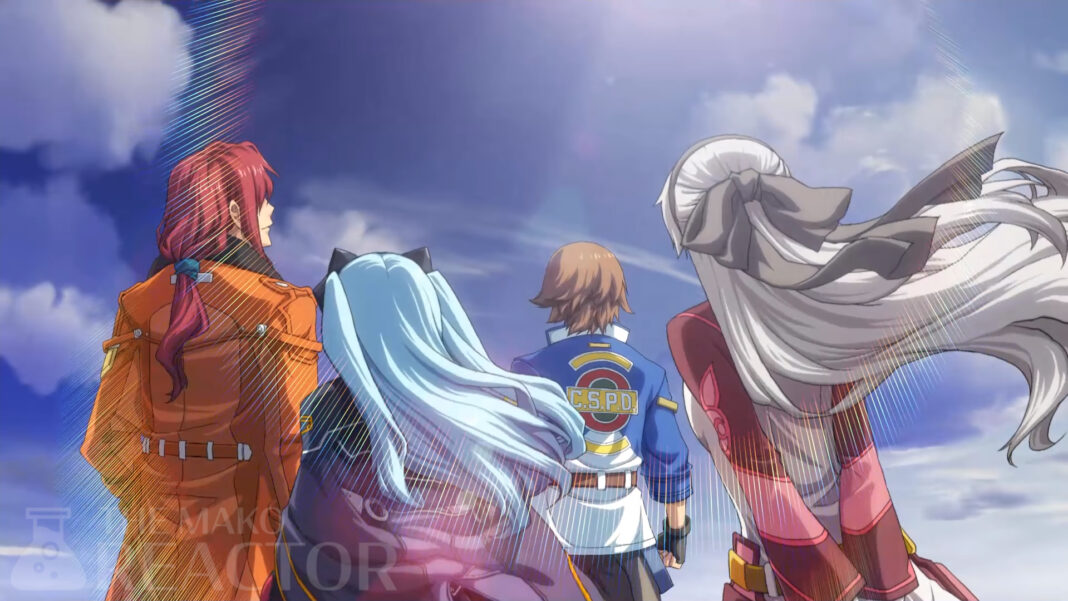 I still remember seeing Trails of Cold Steel for PS Vita on store shelf when I was in Singapore on holiday thinking it was never going to be released in the West. While we still are years away from some localizations in the West, I’m at least confident that any new Falcom game will officially release in the West at some point. We’ve had many Falcom game localizations and ports to different platforms, but it always felt like the Crossbell games were forever stuck without an official English release. When NIS America announced localizations for the Crossbell Duology (Trails from Zero and Trails to Azure) with Geofront as detailed here, I was beyond excited to finally play them. Having now played Trails from Zero on all three platforms, it still feels surreal to have an officially localized version of Zero no Kiseki. For my The Legend of Heroes: Trails from Zero PC review, I’m going to focus on the PC conversion from PH3 and also how it runs on Steam Deck. I will be doing a separate review in the near future covering the console version and the game itself.

If you aren’t familiar with this game, Zero no Kiseki debuted in Japan in 2010 on PSP before seeing a PS4 release in Japan a few years ago. This PC version uses the PS4 release (called Zero no Kiseki Kai in Japan) as a source, but goes above and beyond it to deliver a superlative PC release that joins Ys IX: Monstrum Nox as the gold standard for Japanese game conversions for PC. The aesthetic might put some off, but so much has been done to make it feel great to play on PC, that I can easily recommend it to anyone looking for a fantastic JRPG with one of the best soundtracks. I’m always happy to see more entry points for newcomers to try Falcom’s amazing games, and Trails from Zero serves as yet another option for newcomers looking to get into Falcom’s long-running series.

The Legend of Heroes: Trails from Zero PC requirements

I will update this when the requirements are posted on the official Steam page.

The Legend of Heroes: Trails from Zero PC features

Before getting into the graphics and performance, the PC version of Trails from Zero has some notable quality of life features and improvements over the PS4 version. The PS4 version of Trails from Zero has high-speed mode, and the option to use L2 or R2 for high-speed mode. That’s basically all you get in terms of quality of life here. On PC, you can choose whether encounters trigger when party leader touches and enemy, or any party member. You can enable fading animations on map transitions which is an amazing improvement added here. You can also disable the intro movie (with developer and publisher logos) on booting up the game, change autosave interval, adjust UI scale from normal to large, choose whether to display condition icons for characters, and change various high-speed mode settings.

The high-speed mode on PS4 is a toggle, while on PC you can set it to either work as a toggle (newer Falcom PC releases) or when you hold a button like in older Falcom PC releases. You can also adjust the speedup factor in battle and on the field independently here. The PS4 version does not let you adjust any of this. Another PC-exclusive feature that I wanted to highlight is the “Dynamic Shadows” option. This was seemingly only in the PS Vita “Evo” version of Trails from Zero that never released outside Asia and Japan going by some videos. This feature adds to the experience in specific locations, and it is a lovely addition to the graphics feature set.

The PC version also has a new “Show BGM Information” option that displays the track name and soundtrack information when a new song plays. This is a fantastic feature that I hope is brought to prior Falcom ports from PH3. It saves me the trouble of using Shazam or something like that to identify the track being played given how much I listen to Falcom music on iTunes.

The PC version (and Switch) also feature a new message log now for reading the backlog with voiceovers. This is one of the best new features to be added to Trails from Zero by PH3. It works better than how most games implement it as well. There’s also a character glow option detailed here.

The Legend of Heroes: Trails from Zero PC graphics options

Trails from Zero lets you adjust resolution, select monitor, toggle v-sync, and select frame rate limit. This goes from 30fps all the way up to 144fps. Barring the display and frame rate options, you can enable anti-aliasing (off, FXAA, and MSAA up to 8x), enable anisotropic filtering (off, medium at 4x, and high at 16x). The PC (and Switch versions) version also lets you enable or disable the character glow to mimic the original look of Trails from Zero. As mentioned above, the PC version also has a dynamic shadows option that is a great addition.

The Legend of Heroes: Trails from Zero PC control options

When playing with the Steam Deck and my DualSense controller, I had no issues with button prompts. I set the game to display PlayStation button prompts across the board.

The Legend of Heroes: Trails from Zero PC performance – frame rate and resolution

Considering PH3’s recent conversions and how they run on the devices I use to test on, I wasn’t surprised to have absolutely no issues running Trails from Zero at its highest settings at native resolution. On a laptop with an AMD Ryzen 5-3550H processor (2.1GHz Base speed up to 3.7GHz), 16GB DDR4 RAM, and an Nvidia GeForce GTX 1650 4GB GPU, I had no trouble running the game at 1080p and 120fps with no drops. I had every option set to max or enabled when applicable. This is a fantastic conversion that you will likely have no trouble running, given how well it is optimized on lower spec devices.

The Legend of Heroes: Trails from Zero on Steam Deck – verified and amazing

When I originally downloaded Trails from Zero on my laptop and Steam Deck, I noticed it was already “Verified on Steam Deck” by Valve. By default it runs flawlessly, but I’d recommend turning the dynamic shadows on, since that was disabled by default. I have no complaints at all about Trails from Zero on Steam Deck. If you have one, it is the best way to experience the game.

One thing to note is, I could also run Trails from Zero at 1440p without any issues on Steam Deck connected to my monitor over HDMI. It is a very well-optimized release, that is another showcase for the Steam Deck with how it brings the full PC experience with all the exclusive features in this conversion to a portable without compromise. The larger UI option also helps here.

Should you play The Legend of Heroes: Trails from Zero on PC?

If you have the option to play it on PC, it is the best way to experience Trails from Zero. The Switch version comes close with its fantastic conversion, but the PC version at higher frame rates, and with the exclusive features, makes it the definitive version. If you have a Steam Deck, you can get the best of both worlds with the full PC feature set and portable play in an excellent conversion.

In its current state across all platforms, the PC and Switch versions of Trails from Zero are the best versions for sure. The only downside is that some of the assets still look upscaled and cleaned up to some degree. This is my only complaint alongside the lack of an English dub. I expected the latter before it was even confirmed, but it is still disappointing for those who enjoy playing these games with English voice acting. The former is unfortunate, but I have to assume the developers here did their best given how much effort went into every aspect of this PC conversion.

The wait for an officially localized version of Trails from Zero in the West has been long, but PH3’s conversion has made it more than worth it. I’m very glad NIS America and Geofront could work together to make this localization a reality and have it ship on multiple platforms making it more accessible for Trails fans who likely have gotten into the series through prior releases. Trails from Zero itself is a brilliant JRPG with an amazing cast, top tier music, and a story that makes me wish Trails from Azure was out sooner in the West. Hopefully my The Legend of Heroes: Trails from Zero PC review helped you decide where to grab the newest Falcom release in the West.