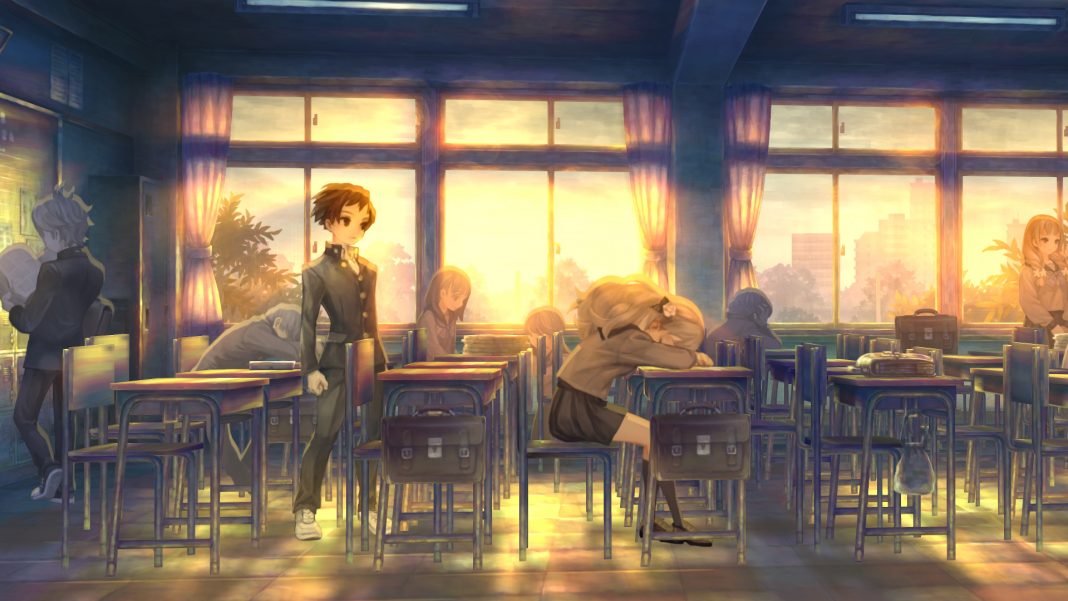 13 Sentinels: Aegis Rim from Atlus and Vanillaware is finally available in the West on PS4 and as of today, Nintendo Switch. The genre-blending sci-fi masterpiece features visual novel storytelling, real-time strategy battles, and point and click adventure-style gameplay. Read my review of it here on PS4 and here on Nintendo Switch. The battles and progression can be a little confusing initially and there are a few things to keep in mind to get the most out of your time spent in battles. Here are some tips to elevate your 13 Sentinels: Aegis Rim experience further.

The story in 13 Sentinels: Aegis Rim comes under the Remembrance portion of the game. As you slowly progress through a protagonist’s route, you will gain access to keywords and phrases. You use these while interacting with others to progress the story. Once you finish a specific part of a protagonist’s route (in the flowchart), you will need to move to another character or into battles.

Battles in 13 Sentinels: Aegis Rim come under the Destruction portion of the game. Almost every battle in 13 Sentinels: Aegis Rim has you defending a terminal from waves of enemies. These vary per stage and you are always told what to expect in terms of enemies before beginning a stage in battles. You need to plan accordingly and choose up to six characters in their sentinels to go into a stage here. Your aim is to defeat the kaiju and deimos (enemies) while remaining alive and ensuring your terminal is safe. Some battles involve you having to destroy certain special enemies.

How to level up in 13 Sentinels: Aegis Rim

You level up automatically after battles in 13 Sentinels: Aegis Rim. Depending on your level, you unlock new passive skills that help in battles.

Make sure you look at the enemy types before choosing your characters for a stage. Keep in mind that characters will go into Brain Overload if you use them consecutively. You can reset this but it will result in your score multiplier being reset. Remember to upgrade skills and sentinels (once you unlock this feature) because later stages have enemies hitting very hard.

13 Sentinels: Aegis Rim has three difficulty modes. If you’ve never played RTS games before, try casual for a more relaxing experience. I found the normal difficulty to be quite easy though.

In the early hours of 13 Sentinels: Aegis Rim, a lot of information is thrown at you. This includes many names and phrases. It gets hard to keep track of things initially so you might want to make some notes to remember things better in the start. You will have no trouble after the first few hours of the game.

How to make battles easy in 13 Sentinels: Aegis Rim

13 Sentinels: Aegis Rim has a ton of customization options that allow for near infinite combinations of skills and strategies. A good strategy if you just want to relax during battles is to focus on sentry guns, interceptors, and similar options. These are overpowered (on PS4) and do a ton of damage. If you try and maximize this skill and focus on ranged weapons, you will have almost no trouble in battles and take almost no damage. Note that sentry guns aren’t exactly the same on Nintendo Switch in terms of damage output.

What to do when you are stuck in 13 Sentinels: Aegis Rim’s story

If you’re stuck, pay attention to your thought cloud. Make sure you’ve tried every combination of options and interactions with characters. Chances are, you’ve missed out on talking to some character about a specific thing when you’re stuck. Check the flowchart often to make sure you aren’t repeating older paths and moving to new content.

How to unlock and upgrade skills in 13 Sentinels: Aegis Rim

By defeating kaiju in battles, you unlock meta chips. Use meta chips to upgrade skills, sentinel stats, and unlock new weapons and abilities. You can do this from the customisation screen by pressing triangle.

Many character stories are full of branching paths in 13 Sentinels: Aegis Rim. You can track your progress by checking the flowchart when you begin a remembrance section for a specific character. This lets you ensure you aren’t retreading old content and will ensure you are working towards seeing new story content and reaching the conclusion.