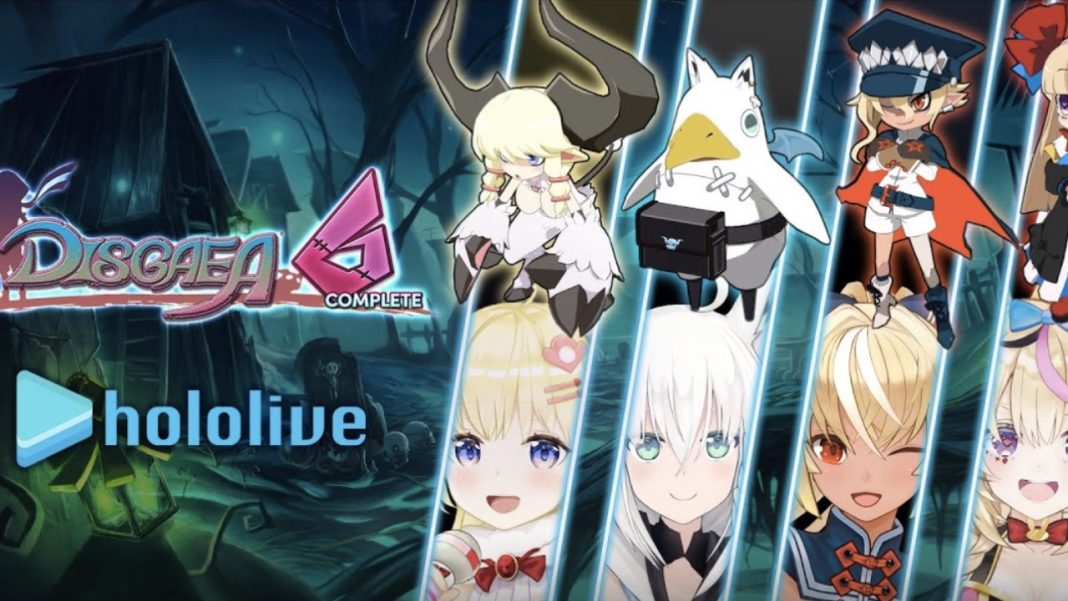 NIS America previously announced a complete version of Disgaea 6: Defiance of Destiny for PS5, PS4, and Steam in the form of Disgaea 6 Complete. Disgaea 6 from NIS released in Japan a little while ago on Switch and PS4, but the game made its way to the West only on Nintendo Switch last year. Disgaea 6: Defiance of Destiny features 3D visuals which is a first for the Disgaea games and it also includes various settings to tweak the experience for newer and older players. Read my full review here. Today, NIS America confirmed that the Hololive DLC for the Nintendo Switch version is included in the PS5, PS4, and PC versions. It appears to be missing Rushia (original Nintendo Switch DLC trailer) which isn’t surprising given the contract termination, but still disappointing considering this is the “Complete” version of the game but NIS America says that all DLC is consistent with the previous release. If we get clarification, I’ll update this story. Watch the Disgaea 6 Complete Hololive trailer below:

Disgaea 6 Complete resolution and frame rate on PS5 and PS4

NIS America confirmed that Disgaea 6 Complete will run at 4K 60fps on PS5 and 1080p 60fps on PS4. It is unclear whether it will be higher resolution on PS4 Pro or not as of now. This is still a huge upgrade over the Nintendo Switch version.

NIS America confirmed that the PS4 version will get a free upgrade to the PS5 version.

Disgaea 6 Complete is getting a physical release on PS4 and PS5.

The Disgaea 6 Complete Limited Edition includes the following for PS5 or PS4:

Disgaea 6 is out now on Nintendo Switch. It releases for PS5, PS4, and Steam on June 28.