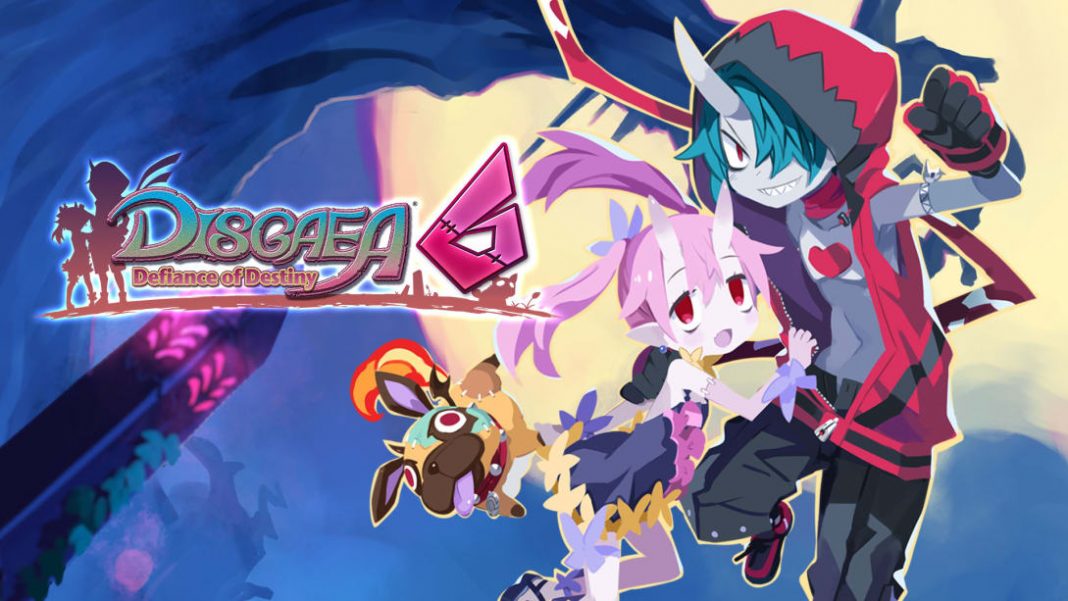 Over the years, I’ve grown to love NIS’ Disgaea franchise through its various games, ports, remasters, and spin-offs. Players on modern platforms have been lucky enough to see multiple releases in recent years allowing everyone to play a new or enhanced Disgaea game on a regular basis. We’ve even had the free-to-play Disgaea mobile game released internationally alongside a premium port of Disgaea 1 for iOS and Android. It feels like Disgaea as a brand is very strong outside Japan and that got me excited for the first mainline game since 2015’s Disgaea 5.

Disgaea 6: Defiance of Destiny debuted on Nintendo Switch and PS4 in Japan and it launches internationally exclusively on Nintendo Switch as the first 3D entry in an otherwise sprite-based series. Having played and enjoyed Disgaea 1, 4, and 5 on Nintendo Switch, I was more than ready for another great portable tactical RPG from NIS but Disgaea 6 falters in quite a few areas while adding some interesting mechanics to the fray that I hope return in future entries and ports.

If you’ve never played a Disgaea game before, they are tactical RPGs that feel like statistical playgrounds. The core gameplay still has you completing stages, levelling up, gearing up, meeting new characters, and heading to the next battle but these aspects have all been tweaked and enhanced in Disgaea 6. Those familiar with grid-based strategy games will basically feel at home here when it comes to the combat but everything is turned up to not 11 but 111111111. I say that because Disgaea has always been about big damage numbers, insane levels, and more but Disgaea 6 has a level cap of 99,999,999 and this is complemented by an awesome new automation system that Final Fantasy XII fans will adore.

I’ve always enjoyed the stories and humour in Disgaea games and Zed is a great protagonist. You control Zed initially and he is an overconfident zombie who will stop at nothing to take on the God of Destruction. Of course this isn’t possible right from the get go because you aren’t powerful enough but the Super Reincarnation ability will slowly get you there alongside the new colorful cast of characters who join you in your journey. What makes Disgaea 6’s story even better is the localization and voice acting. Every little bit of fourth wall breaking is elevated by the English voice acting.

When it comes to the core gameplay and what Disgaea is known for, you can still pick up and throw allies and enemies, perform over the top skills (while there were clear cutbacks to animations), and work on min-maxing while continuing to level up and clear out each level. Auto battle and demonic intelligence are the highlights of Disgaea 6. Auto battle was already in Disgaea 1 Complete on mobile making that version my favourite of all the platforms I own Disgaea 1 on. Demonic intelligence lets you configure how the characters behave in auto-battle. This goes well beyond the usual auto battle options you would see in other games where you just choose offensive or defensive as a focus. You can map out full paths of actions on how your characters would react under different circumstances.

Beyond the Demonic Intelligence and auto battle, Disgaea 6 also features many quality of life features to save you time like speeding up battles, auto repeat options, and shortcuts in the hub to save you time when you want to access different shops and NPCs. The Juice Bar is another nice addition to the series where you can spend resources to increase a character’s stats, level, and more.

Another aspect where Disgaea 6 shines is in how accessible it is. There are a plethora of systems here that interact with each other and everything is introduced to the player appropriately. If you’d rather learn by experience, you can even skip some of these tutorials and check out the help menus later. While I had already played the Disgaea 6 Japanese demo on Nintendo Switch and PS4, I was very interested to see how NIS would approach the first mainline entry built for two platforms at the same time. Even the new oversized unit types and classes feel right at home when they are introduced in the main story.

Visually, Disgaea 6 is a mixed bag. The move to 3D clearly needed more time because the game feels plain unfinished on Nintendo Switch when it comes to graphics and performance. The interface and in-game hub and maps look nice but performance and image quality take a big hit on Nintendo’s hybrid system. I never really expected Disgaea to ditch its tried and tested look but the developers clearly thought it was now time to go for 3D visuals. On paper, this would’ve been a nice change but it only really runs good on PS4 (based on the Japanese demo I played) and that version or a potential PC port haven’t been announced for the West so far.

Disgaea music is usually always good and the Disgaea 6 soundtrack is excellent overall. The team even nailed the hub music which is on par with the superb tune from Disgaea 5. For a game where you will likely spend a ton of time in the hub and grinding, it is important to have songs that players will enjoy for dozens to hundreds of hours. While this game has a lot of areas where it falters, the music is thankfully not one of them. The voice acting is also well done in both languages but the English voices are inconsistent in volume. I tried tweaking the audio levels but there was always some character who was either too loud or too soft. Hopefully this can be fixed in a future patch.

The move to full 3D isn’t just something that affected the performance and visuals on Nintendo Switch but also one that clearly meant the team needed more time to achieve a true followup to past entries. Right now, Disgaea 6 feels a bit incomplete with the cutbacks made to animations in combat, classes available, and general feel of a game that needed more time in the oven. One thing is certain, the new mechanics and enhancements to

I didn’t think we would ever need graphics options in a Disgaea console game but here we are with three different modes available on Nintendo Switch. The Performance mode targets 60fps at a massive reduction in image quality but has a lot of micro-stutter depending on your zoom level. The Quality mode goes for image quality at the expense of performance and it feels motion sickness-inducing with a frame rate well below 30fps. The balanced mode, as the name suggests, tries to be the best of both worlds but it still doesn’t have ideal performance. Given the nature of the gameplay, having 60fps isn’t essential but after 3 Disgaea games with perfect performance on Nintendo Switch, Disgaea 6 is technically very disappointing. I’d recommend trying all three options to see which you can get used to while playing.

Disgaea 6 takes some steps in the right direction but feels like a misfire for everything else. I loved Disgaea 5 Complete and having played it and both Disgaea 1 Complete and 4 Complete Plus on Nintendo Switch, I was hoping to continue to experience and enjoy NIS’ premier franchise on a portable but Disgaea 6 is a technical mess on Nintendo Switch. Even if the performance issues weren’t there, there are just too many cutbacks overall to recommend Disgaea 6 over prior games on Nintendo Switch. Hopefully this serves as a good base for a potential Disgaea 7 that ideally would bring back everything from earlier games with NIS’ new aesthetic style here to be a great mainline Disgaea experience. Right now, you’re better off getting another Disgaea game on Nintendo Switch.

Disgaea 6 takes some steps in the right direction, but feels like a misfire in all other regards. I loved Disgaea 5 Complete, and having played it and both Disgaea 1 Complete, and 4 Complete Plus on Nintendo Switch, I was hoping to continue to experience and enjoy NIS’ premier franchise on a portable – but Disgaea 6 is a technical mess on Switch. Even if the performance issues weren’t there, there are just too many cutbacks overall to recommend Disgaea 6 over prior games on Nintendo Switch. Hopefully this serves as a good base for a potential Disgaea 7 that ideally would bring back everything from earlier games, with NIS’ new aesthetic style here to be a great mainline Disgaea experience. Right now, you’re better off getting another Disgaea game on the Switch.