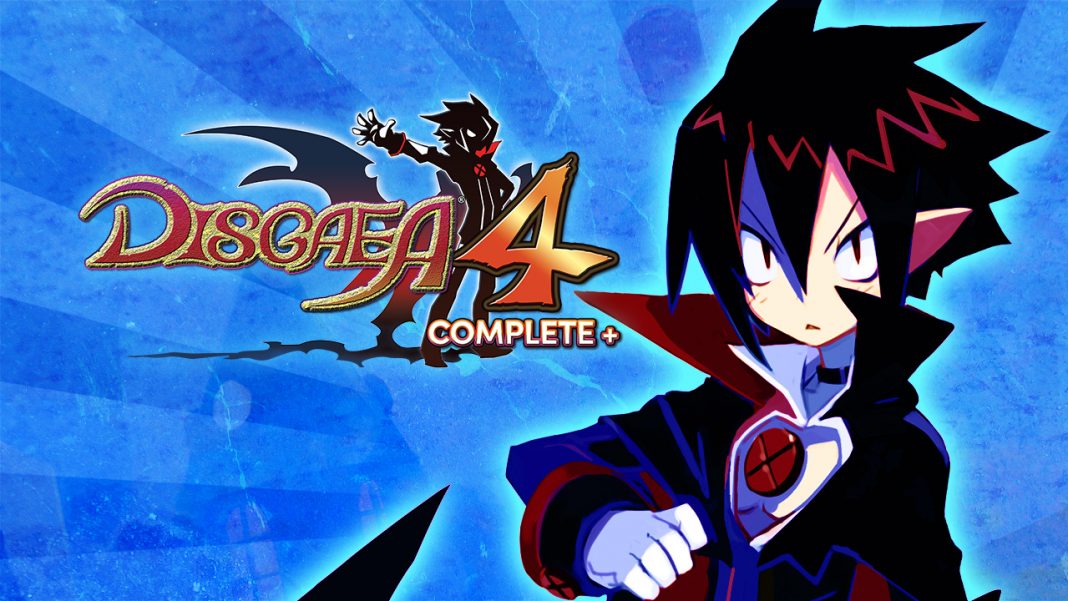 On PC, NIS America has been slowly bringing more Disgaea games after the gap between Disgaea 2 and Disgaea 5 Complete. With Disgaea 4 Complete Plus, only three important Disgaea games are missing from the PC platform. They are Disgaea 3, Disgaea D2, and the newly announced Disgaea 6.

Considering the Disgaea games are now built with Nintendo Switch in mind, the Disgaea 4 Complete Plus system requirements are on the low end. You will likely have no trouble with this release thanks to the very low requirements.

NIS America’s PC ports have been excellent for the most part with the likes of Trails of Cold Steel III. While this release doesn’t boast that feature set, Disgaea 4 Complete Plus gets the job done with its basic settings. You can change resolution, display settings, and V-Sync. The anti-aliasing is a single toggle. These barebones settings are disappointing but the port itself runs with no issues on my laptop with everything turned on.

In its current state, Disgaea 4 Complete Plus on PC lacks online functionality. This will be added in a future update. The details for this update and its network functionality are here. Barring that, Disgaea 4 Complete Plus on Steam includes optional microtransactions like mana boost item sets, EXP boost items, level up sets, and more. These aren’t needed at all but are present in the PC port on Steam under the item shop. These were added in an update to PS4 and Nintendo Switch earlier this year.

Since this is a PC port, it has more control options than the PS4 and Nintendo Switch versions. On PC, you can play Disgaea 4 Complete Plus with controller or keyboard and mouse or just keyboard. For controller prompts, Disgaea 4 Complete Plus has Xbox and PS4 options. One thing to note is that it uses B or O to confirm by default. I changed this immediately to match A (Xbox) and X (DualShock) to confirm.

Should you buy Disgaea 4 Complete Plus on PC

Given the choice between Nintendo Switch, PS4, and PC, the only versions I would consider are the Nintendo Switch and PC versions. The Nintendo Switch version offers a version of Disgaea 4 Complete Plus that you can play portable and on TV while the PC version offers the lowest barrier of entry for the game. This is because it runs on even low end systems and because it is available not just at a lower price ($39.99 versus the $49.99 on consoles at launch) thanks to Steam’s regional pricing which brings it to Rs. 899 in India, but also because it is included in Xbox Game Pass for PC.

If you don’t value portability, Disgaea 4 Complete Plus is worth getting on PC for sure. It runs and looks good and will be updated in the near future with the missing network functionality. While it would’ve been great to have all features at launch, this is still a great way to experience one of the best Disgaea games.