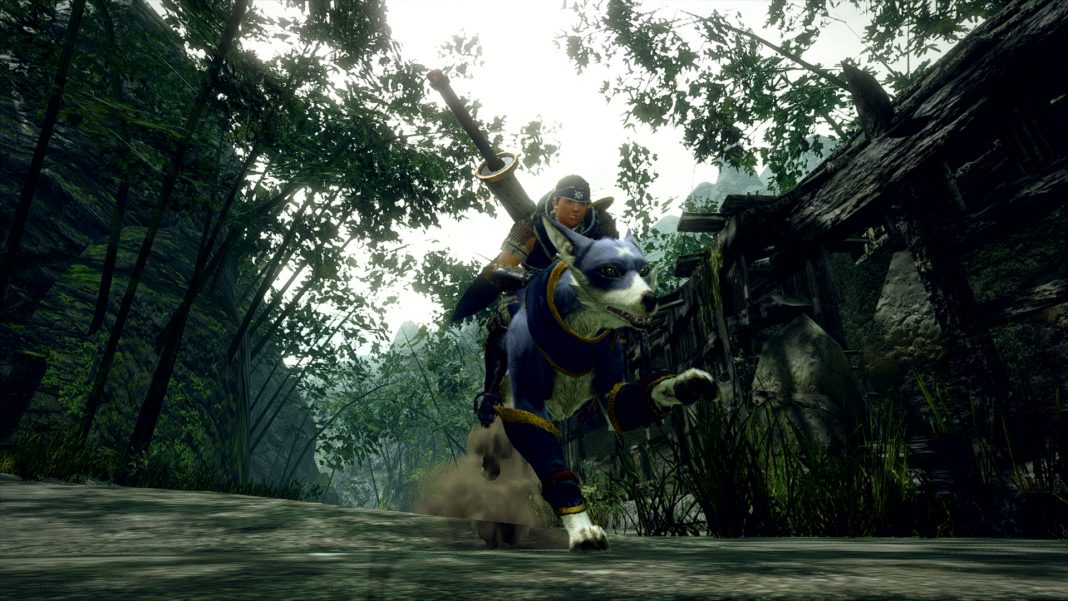 Ahead of the Monster Hunter Rise Nintendo Switch release date, Capcom just released a new gameplay video showcasing the Great Sword. The Great Sword is my most used weapon across all the games and the new video shows off how the Great Sword and wirebug interact for new combos and attacks. The hunt shown also features two Palamutes and is against the Aknosom. Capcom previously revealed voice chat, progression, and more details for the upcoming Nintendo Switch exclusive. Read about those here. Watch the new Monster Hunter Rise Great Sword gameplay video below: