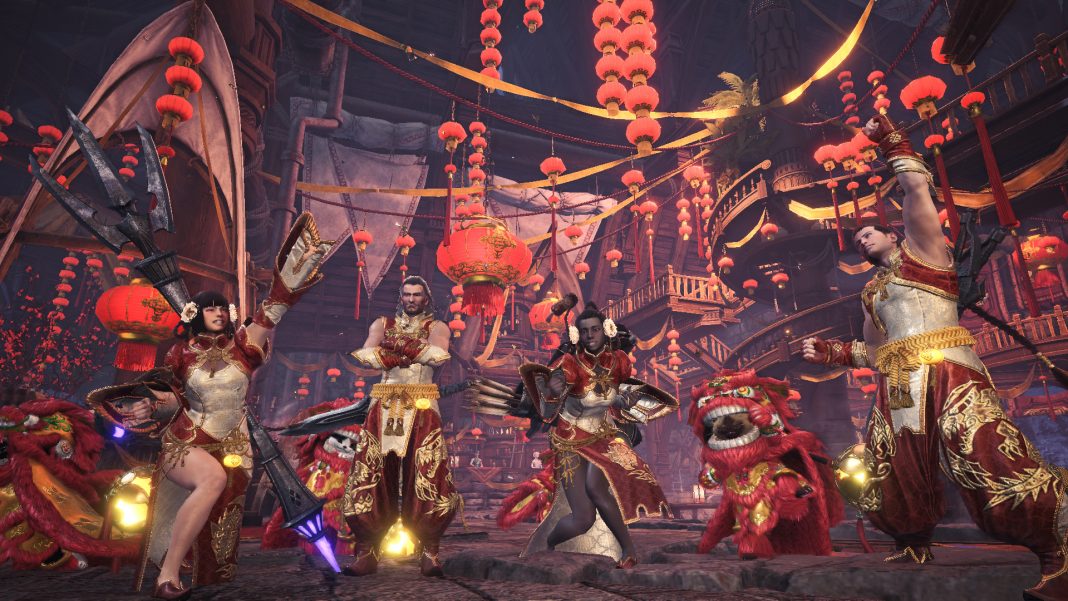 Capcom just revealed the Holiday Joy Fest for Monster Hunter World: Iceborne in the update video that detailed the version 12.01 update. Read about that here. This month, the Holiday Joy Fest will be live in Astera and Seliana for all players of Monster Hunter World. Capcom’s roadmap earlier revealed plans for a 2nd Anniversary celebration. That event has been revealed as the Grand Appreciation Fest for both Astera and Seliana.

Monster Hunter World Holiday Joy Fest will bring most of the previous limited event quests back for a limited time in addition to new ones. Instead of earning fireworks like earlier events, this event will let people get a snowman. This will let you fight with snowballs as well. This begins on December 20.

The Grand Appreciation Fest celebrates two years of Monster Hunter World with a commemoration event. This event begins on January 24, 2020 for PS4 and Xbox One with a fully decorated gathering hub, and much more. More information will be revealed closer to the event.

Monster Hunter World is now available on PS4, Xbox One, and PC.