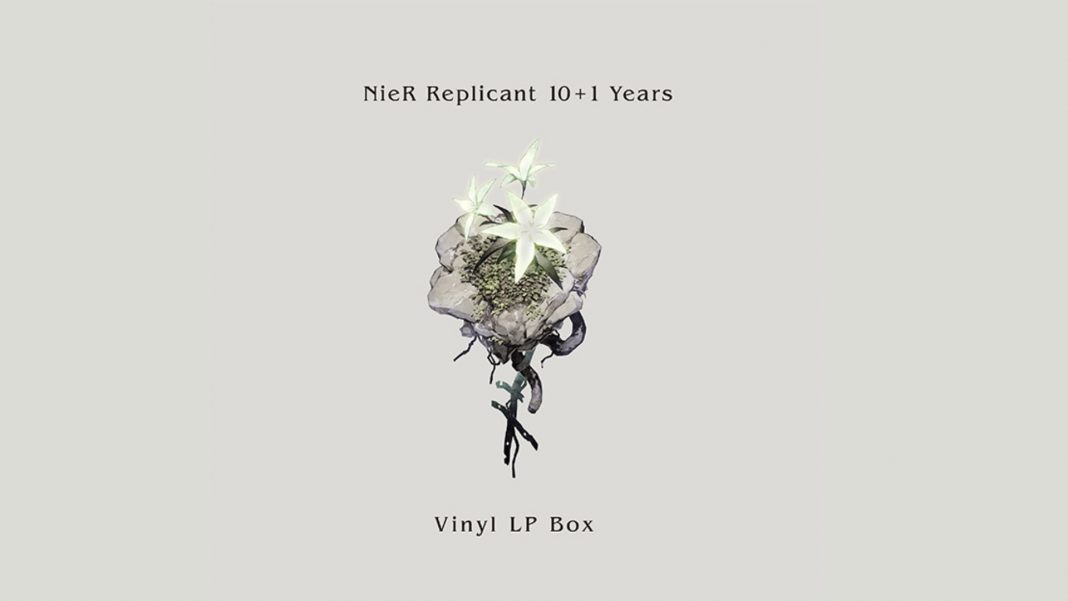 NieR Replicant from Square Enix finally released worldwide on PS4, Xbox One, and PC via Steam recently. The enhanced remake and remaster hybrid of the original NieR also has an amazing soundtrack. Details for the NieR Replicant soundtrack were revealed ahead of its physical and digital release. Square Enix (via blip blop) just revealed a limited edition NieR Replicant 4LP set titled NieR Replicant 10+1 Years Vinyl LP Box. Check out the packaging for the box set below:

This set includes 4LPs and it is priced at $99.99 in USA, 99.99 Euros in Europe, and 9,900 Yen in Japan. The listings on the Square Enix store mention it is being made-to-order suggesting a more limited run than usual. The individual albums are also available for 28.99 Euros each. An original paper record stand and MP3 download code is included with each record.

You can pre-order the NieR Replicant vinyl box set here for North America, here for Europe, and here in Japan on the Square Enix store. It releases on September 19.

You can buy and download the NieR Replicant soundtrack (original soundtrack for the new game and not the same album as the one for the vinyl box set above) on iTunes here for $17.99 internationally and here for Rs. 250 in India.

NieR Replicant is out now on PS4, Xbox One, and PC via Steam.