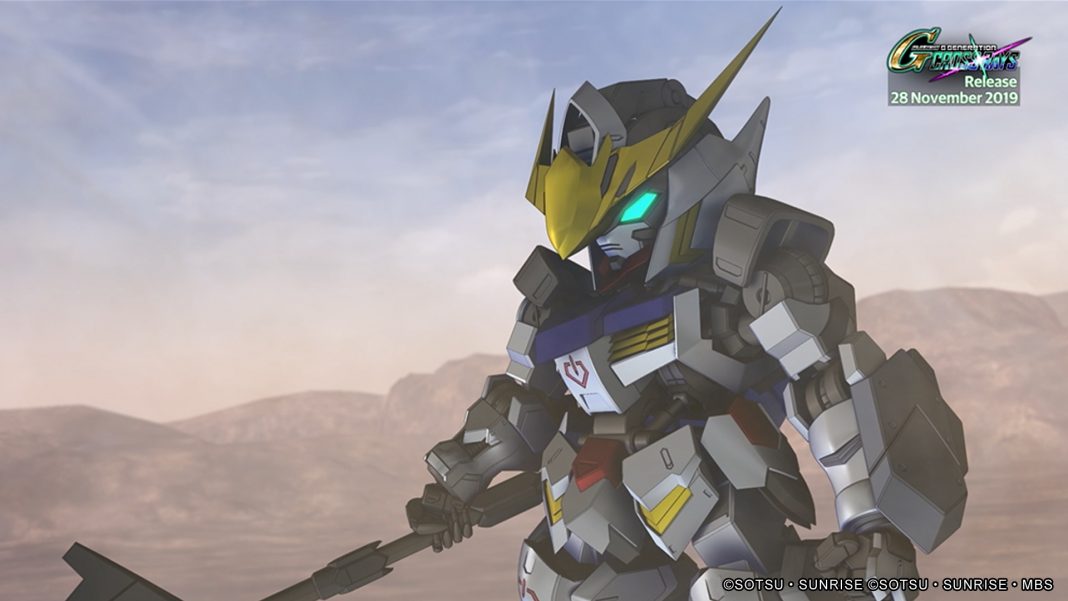 “SD Gundam G Generation Monoeye Gundams ported version“ which was released in 2002 is re-developed for PlayStation®4 and Nintendo Switch The story begins at the ending of the One Year War, where the main character “Sig Wednner” is actively involved as a Zeon pilot. The game is equipped with familiar simulation elements from the G Generation series. Fight your way through the story of “Monoeye Gundams” with the reinforced unit!Only available in Early Purchase Bonus! Pre-order it and walk down the memory lane as you replay the game!

Register the original unit, Sisquiede (Titans Color) which appeared in “Monoeye Gundams” and run through the 4 worlds together!

Receive the acquisition quest, “Modifications: Starter Set” to acquire Modifications which will help you to strengthen your units and advance smoothly into the game.

SD Gundam G Generation Cross Rays Premium G Sound Edition for PS4 and Nintendo Switch is also releasing for the first time for the English version of a licensed game like this. The tracklist is below:

SD Gundam G Generation Cross Rays releases on November 28 for PS4, Nintendo Switch, and PC with English support in Asia. The Premium G Sound Edition is only releasing for PS4 and Nintendo Switch digitally for the English release in Asia.