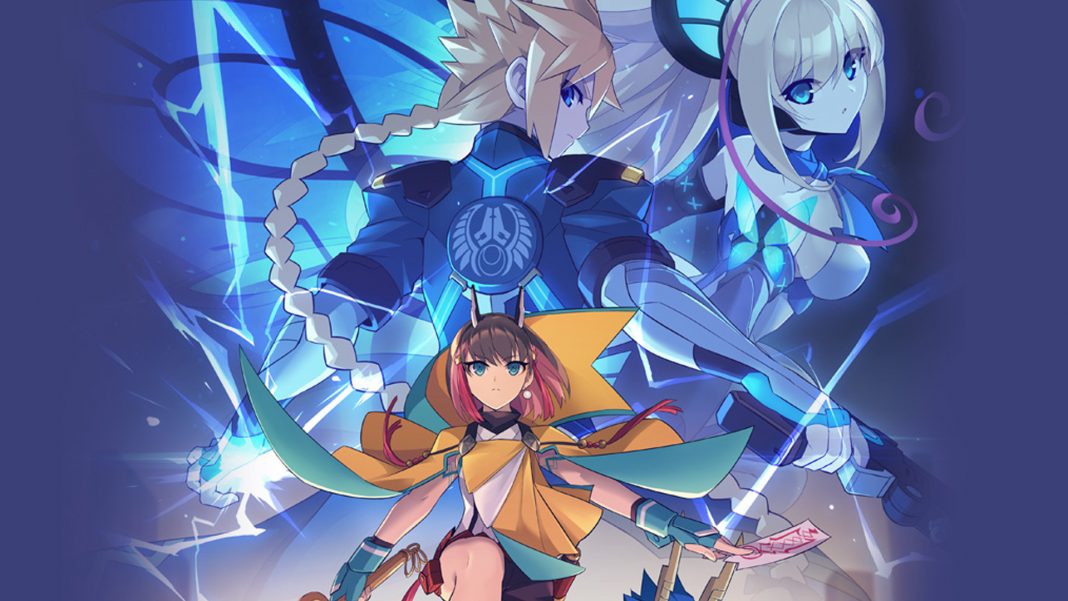 Azure Striker Gunvolt 3 from Inti Creates debuted on Nintendo Switch and hit Xbox platforms soon after with PC and PlayStation versions also announced. Read my Xbox Series X review here. It has now come to PC via Steam, and is in a great state after a rough launch last week for some people. I was hoping to replay it on Steam Deck, but it was unplayable initially. Thankfully, Inti Creates has fixed my Steam Deck issues within a day after launch, and continued to update the game multiple times since last week with improvements and fixes. For my Azure Striker Gunvolt 3 PC review, I will cover the PC port in its current state, how it plays on Steam Deck, how the Steam Deck version compares to Nintendo Switch, and more.

Given the visuals and it being built for Switch, the Azure Striker Gunvolt 3 PC requirements are a bit higher than I expected with RAM, but given how it scales down, you should have no trouble with it on older laptops.

I wasn’t expecting much from the PC port of Azure Striker Gunvolt 3 in terms of settings after playing the demo, and the final game has basically confirmed that. You can toggle v-sync, adjust the frame rate (60fps or 120fps), and choose windowed mode. This is where you can go from 576p to 1080p or fullscreen. In its current state, there is no support for higher resolutions, but that isn’t surprising given the aesthetic. Just keep in mind that the game on PC does have 120fps support like the Xbox Series X version. It might have been greyed out in the demo for some, but the full game supports it properly, and it feels great at 120fps.

At launch, Azure Striker Gunvolt 3 only had controller prompts, but it has been updated to also support keyboard button prompts being displayed when you play with the keyboard. Just note that the game doesn’t automatically swap prompts like it should, and sometimes requires quitting and re-launching to swap control methods right now. I had to unplug my controller for it to work with a keyboard correctly in two instances. As of now, it doesn’t have PlayStation button prompts when using a DualSense either, and only has Xbox prompts.

On a laptop with an AMD Ryzen 5-3550H processor (2.1GHz Base speed up to 3.7GHz), 16GB DDR4 RAM, and an Nvidia GeForce GTX 1650 4GB GPU, I had no trouble running Azure Striker Gunvolt 3 at 1080p and 120fps. There isn’t much to say about performance or options really. It works fine and I didn’t run into any issues across various stages, skills, and with all the particle effects.

Azure Striker Gunvolt 3 looks and runs brilliantly on Switch. I adore the HD Rumble and how it looks on the OLED screen, and it also runs perfectly on Steam Deck. In this situation, I’d recommend the Switch version over Steam Deck if you just want to play Azure Striker Gunvolt 3 on a portable. If you do want to play it on TV or a monitor as well, the PC version with 120fps support is a better option. If you do want to get it on Switch, it is a fantastic experience there. Having now played it on Xbox Series X, PC, Steam Deck, and Nintendo Switch, I’m impressed with how good it looks, runs, and feels on Nintendo Switch, and it is basically worth getting on all platforms it is available on right now.

Should you play Azure Striker Gunvolt 3 on PC?

If you skipped the console versions, the PC version of Azure Striker Gunvolt 3 gets the job done well, but could be a bit better when it comes to input methods. It has all the features of the more powerful consoles, and supports keyboard and controller inputs for gameplay. If you’ve not played it before, Azure Striker Gunvolt 3 is still an excellent action platformer with great gameplay, visuals, and music. I can’t wait to see how it feels after all updates and content in the roadmap has been released. Right now, it has been released on PC in a crowded period, but it is absolutely worth getting.