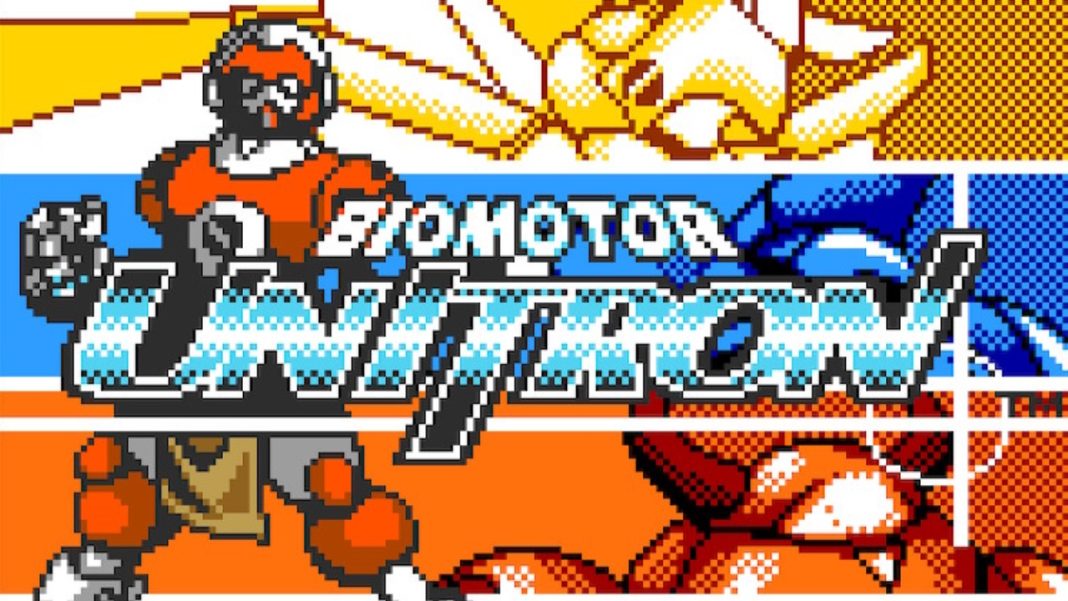 Biomotor Unitron has you controlling a Unitron pilot to explore the four main dungeons in the world, collect materials, defeat monsters, and more to upgrade your own Unitron. There’s a hub area that is basically a glorified menu with different NPCs who have their own personalities, and an arena where you aim to defeat other Unitrons. With no idea what to expect in Biomotor Unitron, I was impressed with the customization options here, but some of the mechanics are very dated. As an example, equipping gear doesn’t give you a preview of what the stat differences are making you have to go back and forth between menus more often.

As an RPG, this one is rather meaty for a handheld experience, but it has difficulty spikes that make things either feel too easy or too difficult. You can break the game balance through a specific routine you follow in-game as well, but the real draw here is the Unitron building and customization. Don’t expect an amazing story or anything close to that here. One thing to note is that the trading functionality mentioned in the instruction manual is not included in this Code Mystics Nintendo Switch release of Biomotor Unitron.

Visually, Biomotor Unitron looks very good and I liked the Unitron designs as it evolved with your level and customization in addition to the enemy designs and the NPC portraits. The one aspect that was forgettable is the music. It ranges from serviceable to annoying in some parts. This is definitely one of the weaker soundtracks in the Neo Geo Pocket Color Selection releases from SNK on Switch.

Just like the other Neo Geo Pocket Color Selection releases on Nintendo Switch from Code Mystics, Biomotor Unitron has a few display options with skins of the system, a filter option, the ability to zoom the display, remap controls, and more. The rewind option is also here and you are able to also use it during gameplay if you’d like by a single button press.

While the other games in this series of releases will no doubt be more appealing to some, I’m glad to see an RPG brought back to a modern platform with Biomotor Unitron on Switch. I had never even heard of this game before the Switch version was announced by SNK, and it has been fun playing it in handheld mode. As with prior releases, I hope a potential future update can improve the scrolling speed of the manual like the PC versions of the games which are more responsive. Some people are no doubt waiting on a potential Neo Geo Pocket Color Selection Volume 2 before jumping into this, and I don’t blame anyone for doing so because owning these on a single physical cartridge is definitely appealing as a retro collection.

Having played Biomotor Unitron through this Switch release, I definitely recommend it for fans of menu-based RPGs, older dungeon RPGs, and those wanting to sample some of the older handheld RPGs. It isn’t as good as many of the Neo Geo Pocket Color Selection games, but is definitely worth getting for its low asking price assuming you know what you’re getting into here. I can’t wait to see what game arrives next following Biomotor Unitron and Big Bang Pro Wrestling.