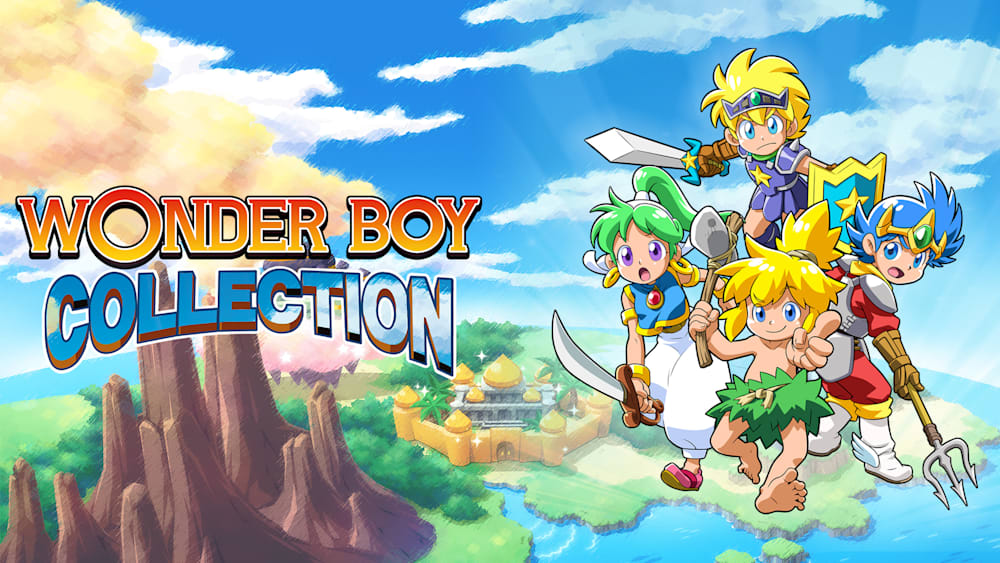 ININ Games and Strictly Limited Games have been great with bringing retro game collections to the West physically and digitally over the last few years, and these have been good for fans of said franchises and also introducing newcomers to older titles. The newest collection to hit stores and digital storefronts is the Wonder Boy Collection on PS4 and Nintendo Switch featuring four classic games of varying degrees of quality. For my Wonder Boy Collection Switch review, I will cover the games, the bonus features, and even compare this to the more complete collection that hasn’t been announced for a digital release yet.

The games included here support save states, rewinding with a few options, and the usual robust filter and display options you see in these releases using Ratalaika’s emulation. Barring the video options, there’s a small gallery available from the home menu as well alongside brief descriptions of the four games included here. Taking the lack of extras into account and the familiar options that I’m growing tired of, this release is still good because the games hold up mostly well. Monster World IV and Wonder Boy in Monster Land are my favorites, but Monster World is also very good. The original is more of a curiosity for me at this point, but it is an important inclusion in a true Wonder Boy collection.

The biggest issue with this collection right now is definitely the fact that there’s a better retail-exclusive (for now) release with many more games included at a higher asking price. If you don’t care about owning variants and just want an easy and convenient way to experience these games, the Wonder Boy Collection is worth getting with its budget asking price. I just hope future releases do more when it comes to extras for digital purchases rather than saving them only for expensive limited editions that sell out rather quickly.

Ever since I started playing Wonder Boy Collection, I’ve been in two minds. It is a good release for the asking price, but I can’t help but feel that waiting for a potential digital release of the Wonder Boy Anniversary Collection even though it most definitely will cost more, is a better idea with how the games are available separately in some form already. If you don’t own any Wonder Boy games and have wanted to sample the series, this collection is a great way to do that. I just hope future collections don’t feel so similar in their menus and options while including more bonuses in museum sections.