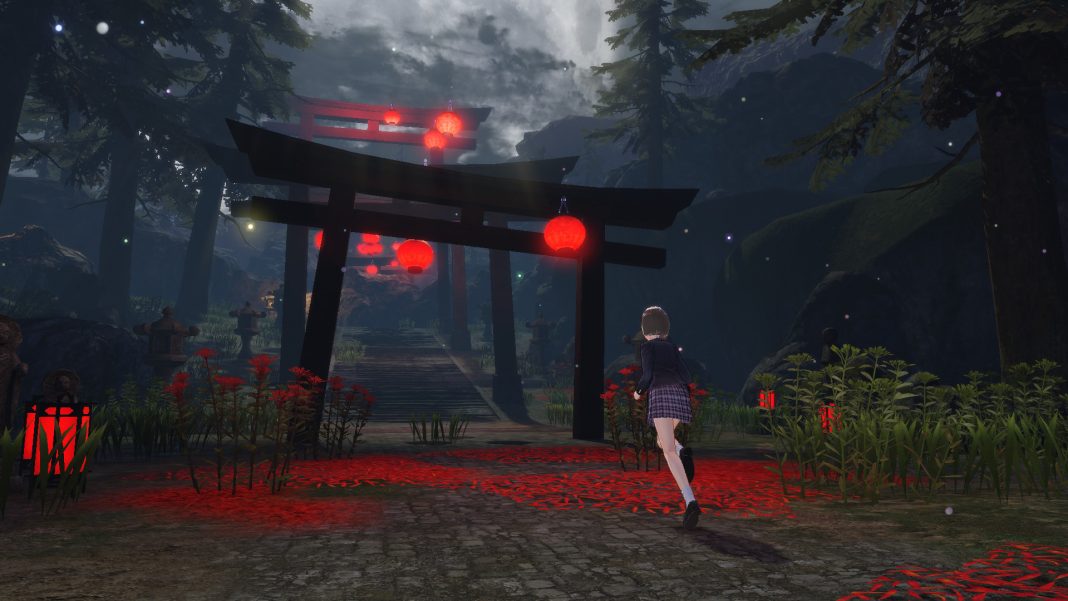 Blue Reflection: Second Light has quite a few options that will be familiar to anyone who played Atelier Ryza 2 on PC. Unlike that release, you can adjust these from the in-game options menu and while using a controller. You aren’t forced to use the escape key like you initially were in Atelier Ryza 2. Blue Reflection: Second Light supports resolutions from 540p all the way up to 4K. If you play on a 1080p monitor like I do, selecting 4K improves the image quality even on the 1080p display I used while 1440p didn’t scale properly.

Barring low, standard, and high presets, you can adjust the quality of texture, shadows, local reflections, and effects. You can also toggle anti-aliasing, depth of field, ambient occlusion, bloom, motion blur, and light shafts on or off. Draw distance, point light distance, and grass draw distance can also be adjusted here.

While the display settings let you adjust resolution and display mode between default (windowed), borderless, and fullscreen, there is no v-sync option. You will need to cap this on your own externally. After Atelier Ryza 2’s excellent PC port, it is good to see Gust continue offering a lot of options to players to tweak the image quality and performance. I still hope they patch in v-sync or a frame limiter in the future and make it a standard for upcoming games like Atelier Sophie 2’s PC port.

At 1080p at the high preset, Blue Reflection: Second Light ran at between 30 and 45fps across dungeons, indoors, and combat. Going to standard at 1080p bumped the frame rate by about 10 to 15fps across the board. Dropping down to low at 1080p resulted in a minimum of 50fps with the frame rate usually hanging around the 60s with it peaking at 70 in the areas I tested. While at low, 900p had the frame rate vary between the low 70s to the low 80s. Going all the way down to 540p with the low preset resulted in at worst the high 80s and at best 120fps on this laptop.

Overall, Blue Reflection: Second Light is a gorgeous game, but some of the post-processing needs a bit of work. The motion blur has some issues under certain situations causing some visual artifacts while moving the camera fast. Other than that, it looks great and has lovely animations both in and out of combat.

Blue Reflection: Second Light supports gameplay using both a controller and keyboard and mouse. You can swap between them freely as well. On the controller side of things, Blue Reflection: Second Light only has Xbox button prompts. I played with my PS5 DualSense controller and it worked perfectly. If you play with keyboard and mouse, the default controls are fine, but you can remap a lot of keys through the key assignment menu. I did run into one bug with key assignments where the game kept telling me I assigned a single button to two things and the only way I could fix this was quitting and relaunching the game.

Should you buy Blue Reflection: Second Light on PC?

My only complaints with the game have to do with the stealth missions. While they aren’t as annoying in the main story as the side quest stealth, they feel tacked on and just annoy me in every instance. Blue Reflection: Second Light’s narrative pacing might be annoying to some with how it is structured, but everything (barring the stealth) came together nicely to make the game feel very relaxing. Switching between Blue Reflection: Second Light and Shin Megami Tensei V over the last few weeks was definitely interesting given the tone and structure both games have.

Having now played Blue Reflection: Second Light on all 3 platforms, the PC version is easily the best way to experience Gust’s newest JRPG with its improved image quality, faster load times, and better performance. Not having a native PS5 version or even PS5 enhancements to the PS4 version definitely holds the PS4 version back for those who own Sony’s newest console. The Nintendo Switch version is surprisingly good compared to the PS4 version despite the cutbacks. If you were hoping to play Blue Reflection: Second Light on the go, the Switch version is a mostly great portable version.

If you bought Blue Reflection on PC and were disappointed by the lacklustre port, Blue Reflection: Second Light is a much better release when it comes to features and options that PC players expect in a modern release. If you have the option to play it on consoles or PC, the latter offers the best overall experience. Hopefully the few issues I did experience get resolved in future patches.