Code Vein is Bandai Namco’s take on the soulslike subgenre of action role-playing games. And while the company has had a hand in publishing Demon’s Souls in Europe as well as the Dark Souls trilogy internationally, those games were developed by FromSoftware. In comparison, Code Vein has been crafted in-house. Does it make for a better game? We played Code Vein on PC to find out.

The first big difference you’ll notice in Code Vein is the ability to switch between classes on the fly. It’s present in the opening tutorial itself. From bogstandard RPG staples like the Fighter class which is focusses on combat up close to Prometheus which focusses on dodging and parrying, switching up your class or Blood Code as the game calls it, is crucial to progression. It adds a layer of flexibility to the proceedings, allowing you to get by its assortment of foes in a fashion without having to restart the game from the beginning with a different class.

Take Code Vein’s Butterfly of Delirium boss for example, getting in too close may not be an option due to its jaws that do colossal damage. Rather than persist with the Prometheus Blood Code, we simply swapped out to the Hunter Blood Code which allowed us to wield ranged weapons to take it out from afar.

That’s not to say Code Vein’s enemies are easy to kill, far from it. In fact you’re more likely to die from not being aware of your surroundings and getting ambushed by foes lurking around the corner. What’s more is, they’re more often than not, likely to team up making encounters even more dangerous.

However, like most soulslikes, you’ll start noticing when they wind up for an attack, when you should dodge, guard, or parry, and when’s the best moment to land a killing blow or cast a powerful spell. The core gameplay mechanics from successful games in the subgenre are present and accounted for layered with the Blood Code system that makes it all the more accessible without watering down difficulty.

Code Vein’s Blood Codes also come with Gifts or skills unique to them. From the powerful Dragon Lunge for the Beserker Blood Code which allows you to deal massive damage with two-handed weapons to the Nightstalker Gift that makes you tougher to be detected if you’re rocking the Assassin Blood Code, they’re numerous and add a sense of depth to the gameplay. This is further accentuated by the fact that if you meet specific conditions such as slaying enemies with a Gift, you can unlock it for use with other Blood Codes, essentially allowing you to mix and match classes as you see fit. Acquiring Blood Codes also gives you a glimpse into the memories of their previous user, shedding light on events prior to the beginning of the game. All of this makes it more than just Dark Souls with anime-styled visuals. There’s a wealth of depth and variety that’s apparent from the get go.

Other elements of Code Vein are just as detailed. There’s an enthralling backstory involving vampires, monsters known as the Lost, and a world threatened by deadly red mist. Throw in more exposition than your typical soulslike and NPCs aplenty and it’s obvious that Bandai Namco isn’t just content with mimicking the likes of Dark Souls, rather adding to it in ways more than one with a detailed plot, interesting characters, and a hub that lets you buy gear, trade loot for special items, and even upgrade your Blood Codes. We’re a few hours in but its story and events are promising to say the least. 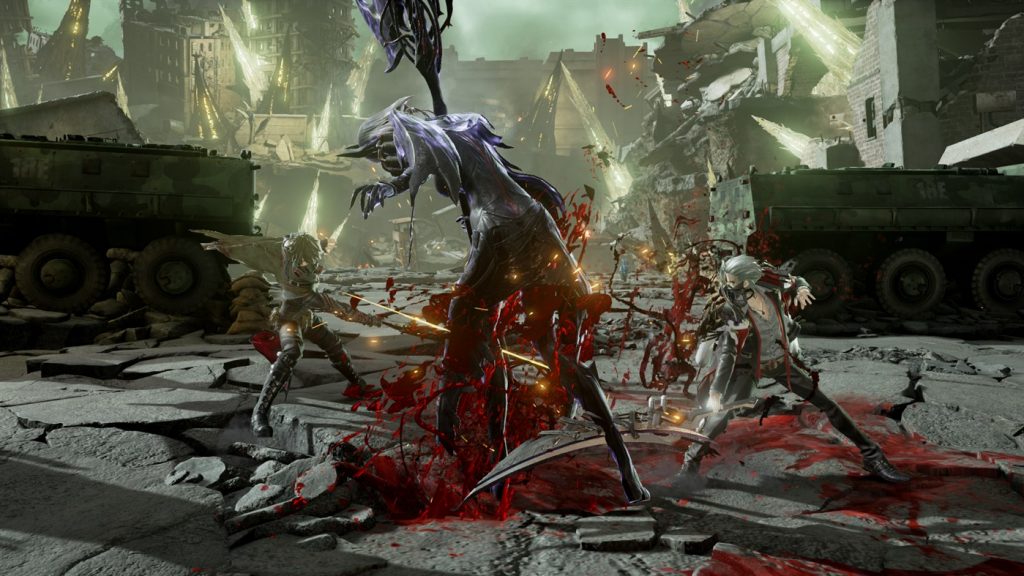 Unlike most PC releases in recent memory, Code Vein’s PC requirements are on the lower side. Here’s what you need.

The Code Vein PC price in India is Rs. 2,999 versus the PS4 and Xbox One price of Rs. 3,999. With other new games on Steam such as Atelier Lulua and Bandai Namco’s own God Eater 3 having an India price of Rs. 1,299 despite being $60 abroad, it’s a perplexing decision as is the inclusion of Denuvo DRM that has its fair share of detractors among the PC gaming audience. 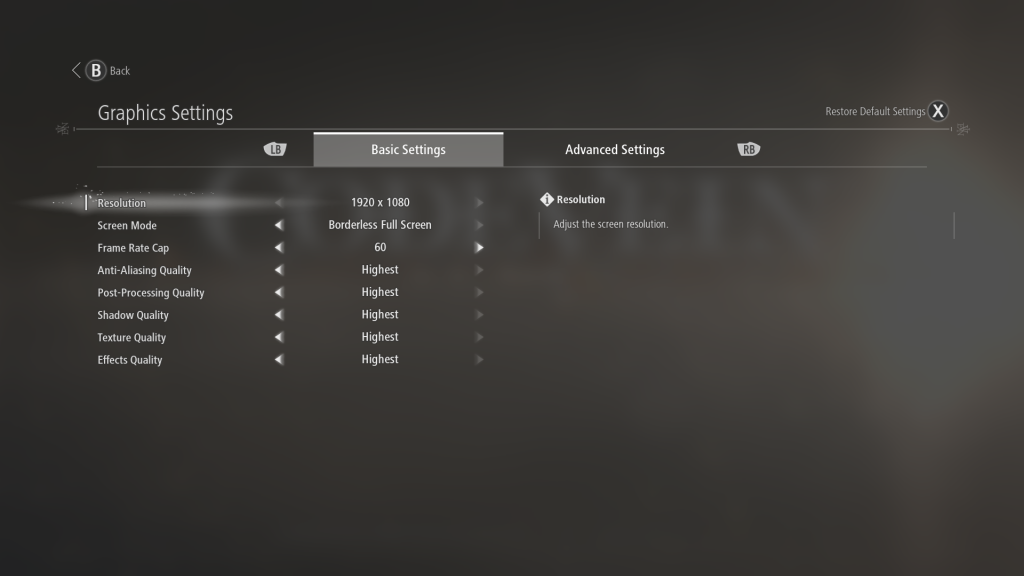 As for its performance, Code Vein on PC runs great. Getting it to run at a stable 60fps with all details maxed out at 4K on our Alienware Area 51M with an Intel Core i9 9900K, 32GB RAM, and an Nvidia GeForce GTX 2080Ti was painless, its anime-inspired aesthetic scales well and even at 1080p Code Vein looks great.

Our only grouse is Bandai Namco’s anaemic PC settings options for Code Vein. It simply covers the basics like material quality and depth of field (both of which are present in the ‘Advanced Settings’ section). Code Vein on PC plays well but would benefit from deeper visual customisation options like a resolution multiplier which we’ve seen games like Devil May Cry 5 implement. This would allow you to play the game in 4K even if you don’t have a 4K screen. This means you can force the game to render at a higher resolution and scale it down it to your screen resolution. Although GPU makers like Nvidia let you force this with options like DSR, having it in-game would be a lot more convenient. 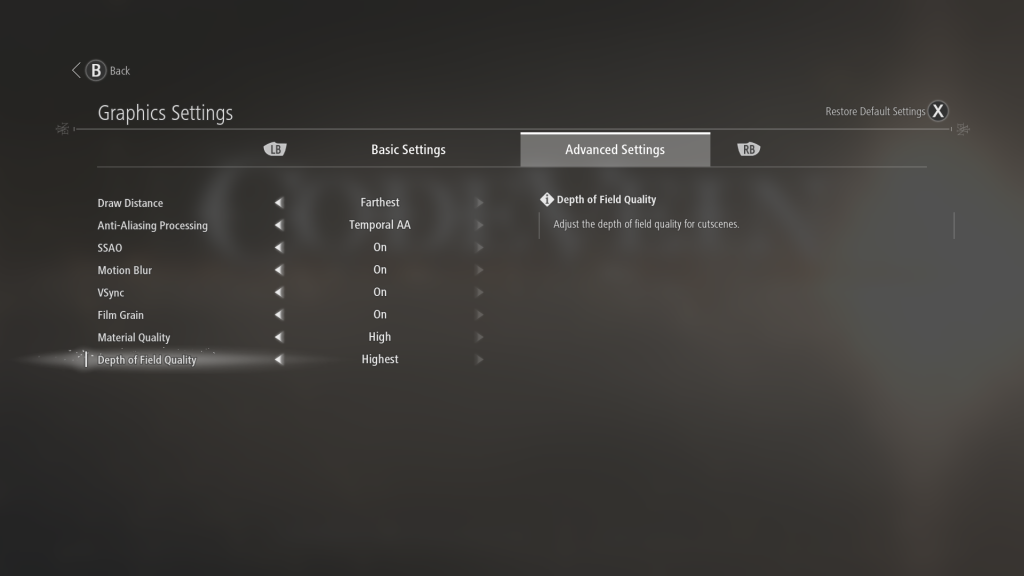 Also missing is a dynamic resolution option. This method allows games to be as close to its maximum targeted frame rate. Its absence is perplexing as it would make sense given the focus on action over all else. All said and done however, it’s a welcome step up from the likes of Dark Souls Remastered and Dark Souls 3 in terms of performance and we’d suspect this largely has to do with its cel-shaded art direction that’s less demanding that other games which focus on photorealism.

Nonetheless, Code Vein is shaping up to be one of the more accessible and entertaining takes we’ve seen on the Demon’s Souls and Dark Souls formula in recent years. Stay tuned to our in-depth review soon.

Code Vein is out on September 27 internationally and October 1 in India.