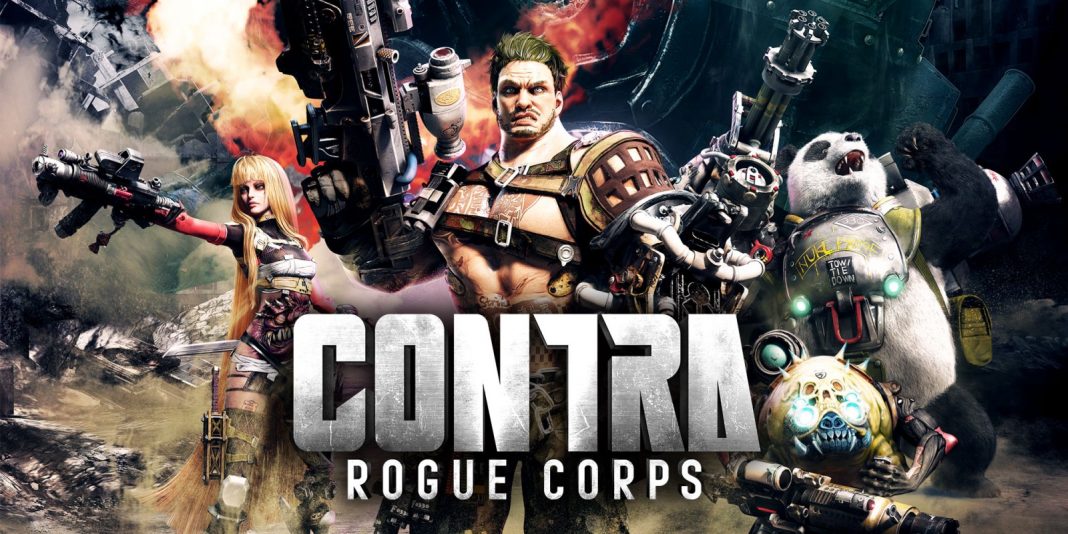 Fun fact: when seminal shoot ‘em up Contra made its NES debut in Europe and Australia, it was renamed as Probotector (a portmanteau of ‘robot’ and ‘protector’) and had its human soldier protagonists replaced with robots that didn’t look too dissimilar to what Macross had to offer, while its enemies received similar treatment. While the reasons at the time had to do with censorship in markets like Germany as well as preventing any association with the Iran-Contra scandal, it also made the Contra games cooler than they had any right being. Fast forward to 2019 and even a giant robot revamp can’t save Contra: Rogue Corps from being as bad as it is.

Contra: Rogue Corps for the Nintendo Switch, PS4, Xbox One, and PC is a top-down take on the classic series coupled with twin-stick controls. In theory that should make for a great experience, given how frantic prior entries in the franchise have been. And when you consider that advances in gaming hardware have made it possible to ratchet the action even further, Contra: Rogue Corps does the exact opposite.

Visually, Contra: Rogue Corps is a hot mess. On the Nintendo Switch, there’s an abundant amount of pixelation in handheld mode and it doesn’t fare that much better in docked mode either. So much so that in some sections of play it looks like something from the PS2 era rather than a modern day title. It’s not just the graphics that are an issue, even Contra: Rogue Corps’ art direction seems uninspired and generic. More so when you compare to contemporaries like Blazing Chrome.

Perhaps Contra: Rogue Corps’ biggest misgivings lie in its tonal shift. The dialogue is littered with f-bombs and cliches aplenty and in an attempt to seem edgy, feels woefully out of place. Even its characters ranging from Hungry Beast, a gun-toting panda to the 80s action hero-inspired Kaiser appear to be more at home in a Borderlands spin-off than a Contra game. Throw in story-telling through comic book-styled panels littered with typos aplenty and its obvious that Contra: Rogue Corps could have done with a lot more thought and care.

It isn’t that much better in the gameplay department with most missions playing out in a similar fashion, forcing you to eradicate hordes of foes or enemy spawn points using a couple of tricks like dodge-rolling at them first to weaken them before landing a killing blow all while upgrading your gear. Like most games this generation, Contra: Rogue Corps lets you upgrade your weapons and abilities for better stats like damage and cool down rate. Yes, Contra: Rogue Corps ditches ammo for a weapons cool down timer. While a controversial move, it actually works well here, forcing you to mix things up ever so often, adding an element of variety to the proceedings. 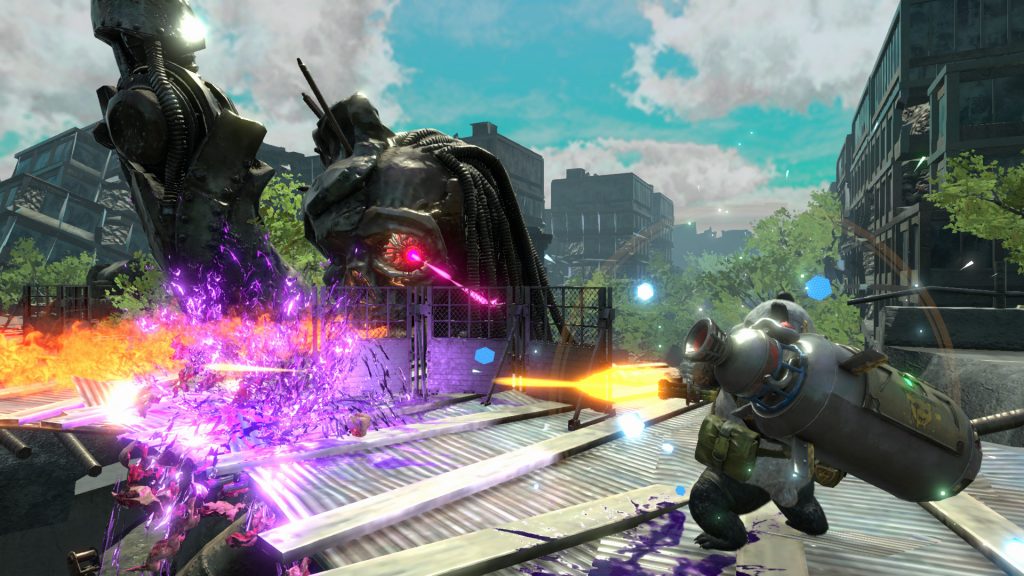 However, this is just one of the only positives in the game. Contra: Rogue Corps swaps up camera angles too often during the action that leaves events feeling disjointed and its hub-based menu system that splits up how you can play is confusing. The main campaign can be played in single-player or via online co-op but can’t be played in local co-op at all, which is an odd omission. Although the game has a couch co-op mode, it’s essentially a side-story to the main campaign with randomised levels and enemy positioning that does it no favours. To make it worse, it’s not unlocked from the get go and you’ll be playing for an hour or so before being able to try it out.

Despite a litany of issues, there’s scant traces of fun to be had, particularly in the brief moments amidst swapping weapons while dodging out of the way of a horde of mutants or timing the perfect bomb drop that clears an entire section of enemies. For most part however, Contra: Rogue Corps feels inconsistent and half-baked. Though if this is the case months down the line remains to be seen. Granted Konami has seen better days and has limited its AAA efforts to PES, but its support of smaller titles like Super Bomberman R post-launch has been solid, if this game receives similar treatment it might be worth considering. Right now we’d recommend avoiding Contra: Rogue Corps altogether.