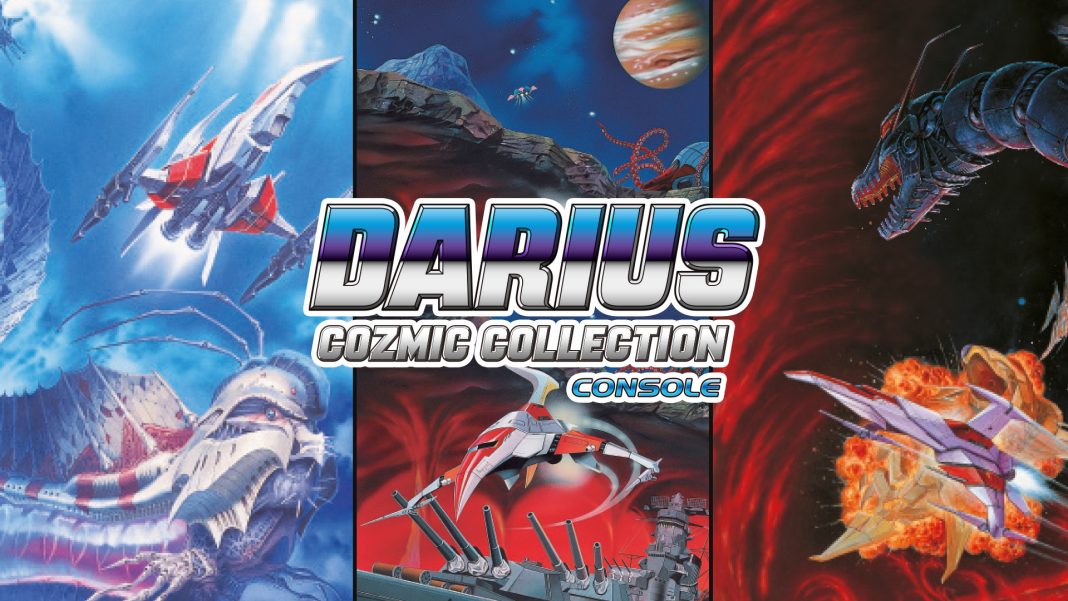 As the name suggests, Darius Cozmic Collection Console collects multiple Darius console releases. This collection has six Darius games with a few variants bringing the total titles included here to nine. The asking price for this collection is much higher than it should be because of how much the prior collection costs and I can only see the most hardcore fans of the series want to buy this. The problem with this is that the hardcore Darius fans probably already imported the collections from Japan so this release so I’m not sure who this release is for.

Darius Force for the Super Famicom is another Darius entry built for home consoles over arcades. Darius Force changes things up by not only including bosses based on undersea creatures but also those based on dinosaurs, bacteria, and more. Darius Force also lets you choose from more than one ship with different capabilities. This was localised as Super Nova for SNES which is also included in the collection. Barring some name changes, these two releases are the same.

In terms of actual emulation for the collection, M2 (Collection of Mana) has handled things and it is one of the best in the business with perfect emulation and screen options. This collection lets you play with many visual options including fullscreen, fit to screen, and pixel perfect for display types. There are smoothening, scanlines, and background options as well. There are also various gadget options to adjust the interface and fully remappable controls. A lot of care clearly went into making these games more accessible.

As you can probably see, a lot of the games included here are just variants or tweaked versions of games rendering a lot of this collection redundant. If you originally played these games on the systems they released on and want a convenient way to experience them today, this collection will deliver in spades. But it is disappointing that there are no extras like manual or artwork scans, interviews, and developer commentary here. A lot of these collections are played by fans who haven’t played these games in the past so having some sort of history always helps.