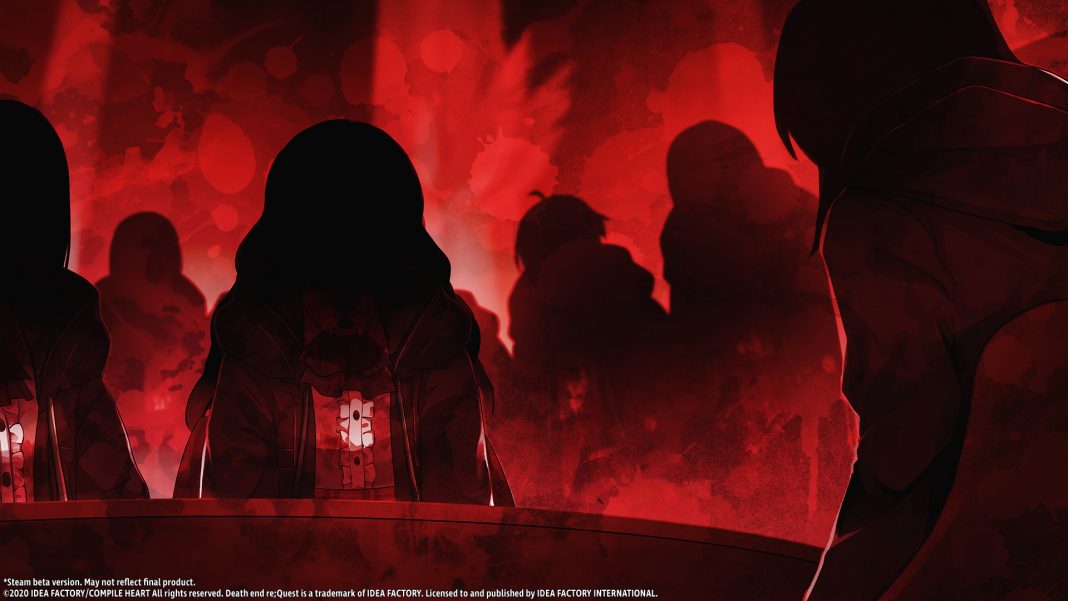 The horror RPG follow up releases next week worldwide on PC via Steam and I was very curious to see how the port turned out because of the mediocre port the first game received on PC. I’ve been playing Death end re;Quest 2 on PC over the last week and he’res what you need to know.

Death end re;Quest 2 has bare bones PC settings. Barring basic support for controller or keyboard and mouse play, Death end re;Quest 2 only lets you adjust the display mode, resolution, and toggle three options. These options are shadows, display distance, and post-processing. While many games let you tweak the level of intensity for these settings, in Death end re;Quest 2 you can only turn them on or off and the performance penalty is high because of that. The game also looks very different when you turn these settings low.

Unlike Fairy Tail that only let you tweak PC settings from the main menu before you load your save, it is good that Death end re;Quest 2 at least lets you try the three visual options and see benefits in real-time. Overall, I’m pretty disappointed in what Death end re;Quest 2 lets you tweak for better performance. After so many years of ports from Idea Factory International, I expected better here. There isn’t even an option to limit the frame rate or enable V-sync.

The original Death end re;Quest PC port was bad for anyone running on laptops or older graphics cards because the internal rendering resolution was locked at 1080p. This meant that you would see no benefit to lowering or increasing the resolution when it comes to image quality and those with weaker hardware would never see any performance benefit from the same.

Should you play Death end re;Quest 2 on PC?

There are a few reasons why Death end re;Quest 2 is worth playing on PC more than PS4. The first is the most obvious one which is the asking price. Idea Factory International follows Valve’s recommended regional pricing and prior games from the publisher are all priced great in India. Expect Death end re;Quest 2 to be priced at Rs. 1,099 when it unlocks on Steam here.

Death end re;Quest 2 also includes the original glitch costumes from the first game for those characters. This is not available in the PS4 version. In terms of language support, Death end re;Quest 2 on Steam has support for English, Simplified Chinese, Traditional Chinese, and Japanese text with both English and Japanse voice options.

The final point of contention between Death end re;Quest 2 on PS4 and Steam is that the game is 30fps on PS4 Pro. If you want a higher frame rate, it is only available on PC. Overall, Death end re;Quest 2 isn’t a great port but an acceptable one. It is a large step above the original Death end re;Quest and better than the recent PC release of Fairy Tail but nowhere as good as PC ports like Trails of Cold Steel III.

Death end re;Quest 2 is now available on August 18 for PC via Steam. It releases on PS4 on August 25 in North America and August 28 in Europe and digitally India.