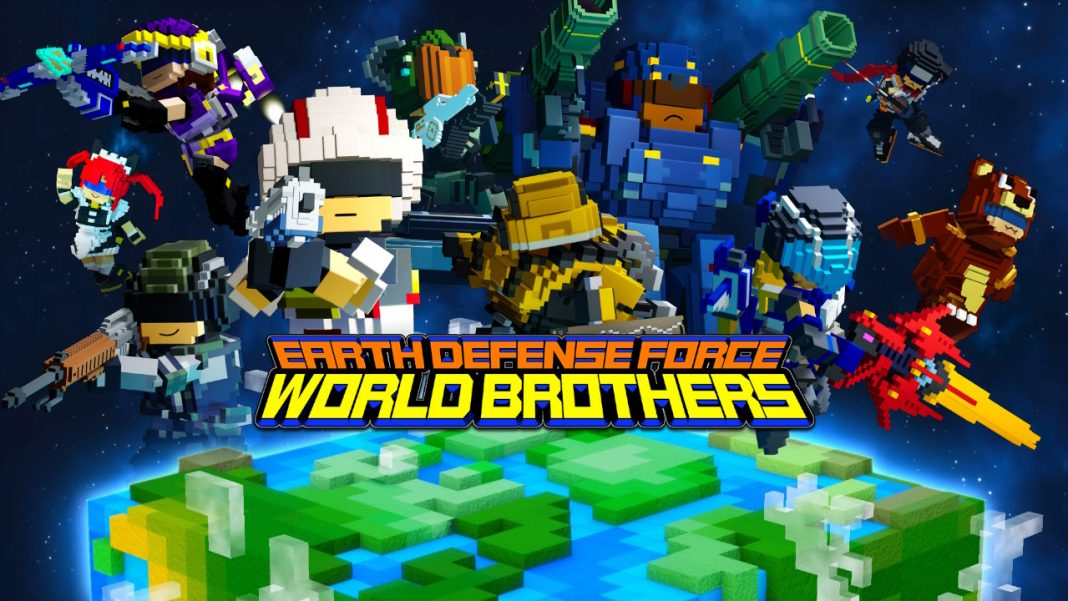 In terms of contents, Earth Defense Force: World Brothers on Nintendo Switch has everything the PS4 version has but it lacks the local splitscreen mode. Instead of that, the Nintendo Switch version has a local wireless option and adds a gyro control option. The gyro controls don’t feel great to use and seem like an afterthought. There is decent HD Rumble though but overall, the Nintendo Switch version needed a lot more optimization given how poorly it performs and how many technical issues it has in its current state.

Visually, the game looks nearly identical when played docked or handheld. I was surprised at almost no difference barring shadows in some situations. The game doesn’t run at the Nintendo Switch’s native resolution in either mode as expected and is very blurry beyond your own character. The draw distance is also very low with enemies and objects in the environment animated at a much lower frame rate not too far away from you.

Given the visual cutbacks compared to the excellent PS4 version, I expected the performance to be good but it isn’t even close to being a stable 30fps (when the PS4 version targets 60fps and holds it well on PS4 Pro and PS5). The frame rate feels like it is all over the place and the game has random hitching for under a second. This didn’t happen just when there is a lot going on but also randomly when I just switched a character or fired a weapon with no enemies on screen in an open area. Barring those issues, I also ran into flickering issues on both Nintendo Switch and Nintendo Switch Lite.