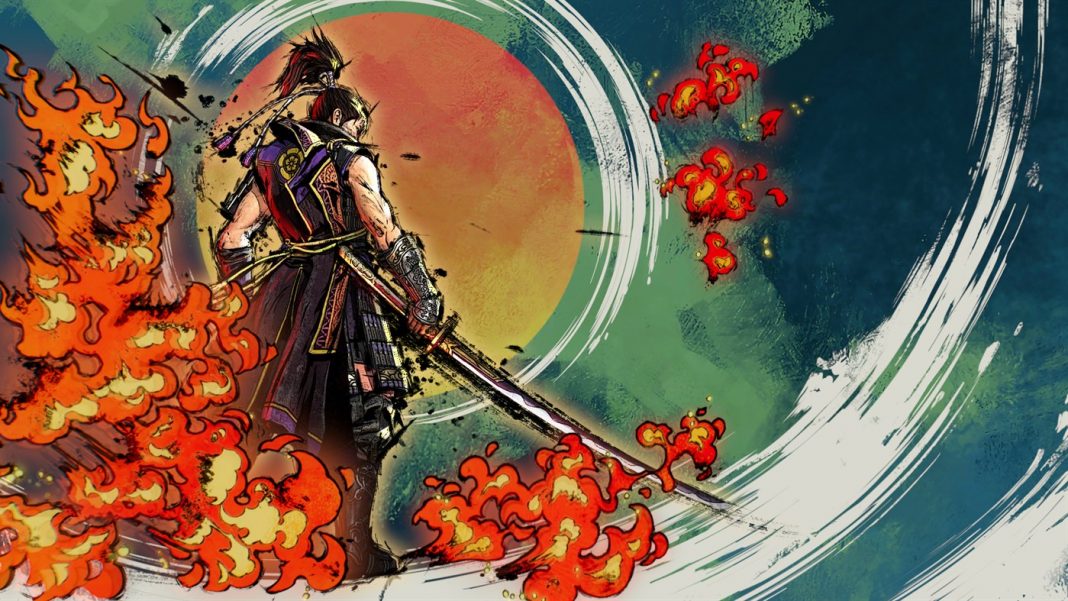 In terms of contents, this is exactly the same game as other platforms with the same DLC releasing, game modes, and online support. You have access to everything including Musou Mode where you experience the main story which is aimed as a reboot for Samurai Warriors. Citadel Mode has you collecting resources across maps by completing various objectives while you defend your base. You use these resources to upgrade facilities to make better equipment and more. Citadel Mode even lets you summon various troops to help you out. Barring these two modes which make up the bulk of the content in Samurai Warriors 5, you have access to the Vault. The Vault includes a cut-scene viewer, music player, and detailed information about characters and the objectives in stages.

Visually, Samurai Warriors 5 is a noticeable step down in a lot of ways. So far, the only Warriors games to be released on Nintendo Switch alongside other platforms are Warriors Orochi 4 and One Piece Pirate Warriors 4 which had a lot of technical problems on Nintendo Switch. The other Warriors games on the system are either exclusives like Hyrule Warriors: Age of Calamity, which is a great game but one with many technical issues, or late ports like Dynasty Warriors 8 Xtreme Legends Definitive Edition that is a very good conversion and great value proposition. I was very curious to see how Samurai Warriors 5 would scale down for handheld play and while the text size could’ve been better for the interface, the game itself has scaled down well. There are cutbacks to shadow quality, draw distance, enemy density, and resolution compared to other platforms but the compromises still result in a visual experience that is worth it for handheld enthusiasts. The particle effects have been scaled back but they still look good alongside the gorgeous character models and cut-scenes.

Performance is sadly where things go downhill. I was hoping Samurai Warriors 5 would be able to maintain 30fps at least but it fluctuates even when played solo depending on the action on screen and the area you’re moving around in. This even happened when there wasn’t much happening in some parts of certain maps. It felt like the performance was worse in handheld, but it was still better than most Warriors games on the system. When it comes to performance, Samurai Warriors 5 is definitely in the top few Warriors games on Nintendo Switch with the best of the lot being Fire Emblem Warriors and Dynasty Warriors 8 Xtreme Legends Definitive Edition. If you enjoyed Warriors Orochi 4 and Hyrule Warriors: Age of Calamity on Nintendo Switch despite the performance issues in both of those, Samurai Warriors 5 has better performance. If you play co-op split screen though, the frame rate is pretty bad.

In terms of Switch-specific features, there isn’t support for local wireless play for the multiplayer mode but there is split screen support. As expected, there’s no touchscreen support for the menus or anything. Despite that, I’m pleased with the overall port given the issues Warriors games have had on the platform so far, even when built from the ground up for Nintendo Switch.

Samurai Warriors 5 on Nintendo Switch is a good way to experience the game if you value portability more than anything else, and can tolerate cutbacks to various visual features. It runs and looks nicer than most Warriors games on the platform and is massively improved technically over Hyrule Warriors: Age of Calamity in every visual and performance aspect. While I was hoping for a more stable frame rate across the board in Samurai Warriors 5 on Nintendo Switch, the aesthetic scales relatively well and it has been a ton of fun to play. Overall, Samurai Warriors 5 is easily one of the best Warriors games you can play on Nintendo Switch and well worth your time if you’re a fan of the genre. Hopefully future updates can improve some of the technical aspects.