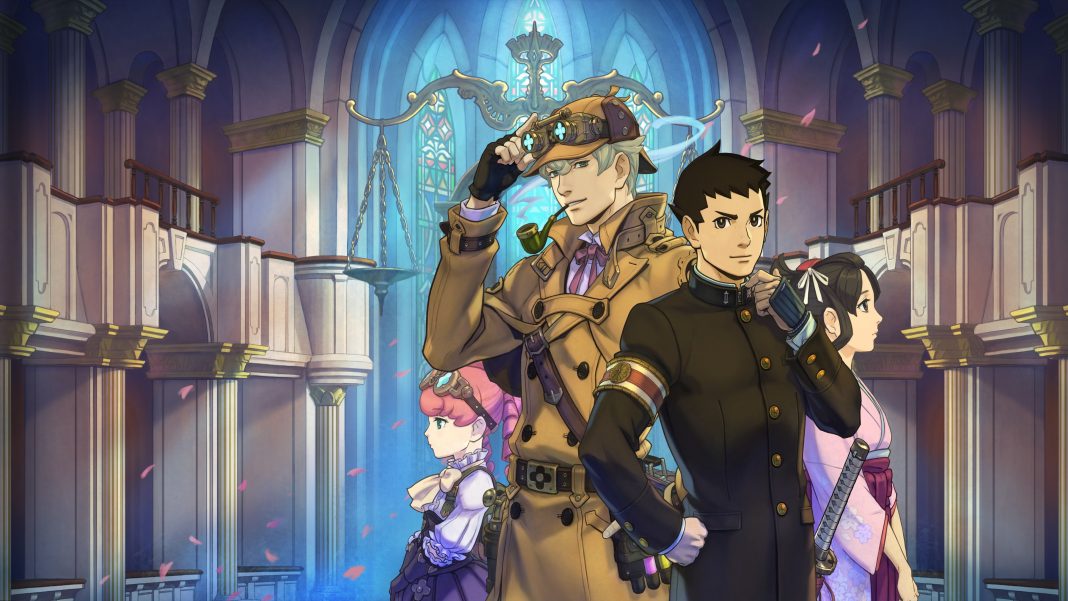 Over the years, more and more Japanese franchises have started getting the recognition they deserve worldwide. One of the best examples of this is the Yakuza series that was basically saved by Yakuza 0 on PS4 and then subsequent game releases and ports leading up to Yakuza: Like a Dragon (the first multi-platform launch) and the upcoming Lost Judgment which is the first major worldwide simultaneous release by Ryu Ga Gotoku Studio. While the Ace Attorney games have always been well-regarded in the West, they never really managed to find a larger audience. The series expanded to mobile and saw a remaster on all consoles and PC that finally laid the foundation for the future of the series. The Great Ace Attorney Chronicles is a collection of two games that have been out in Japan for a few years on mobile and Nintendo 3DS, but have eluded the West until now.

The Great Ace Attorney Chronicles revolves around Ryunosuke Naruhodo, Phoenix Wright’s ancestor. Why Ryunosuke ends up getting into law is the focus of the first case and this is where both of these stories begin where he runs into Herlock Sholmes the famous detective, a new legendary prosecutor, and many more characters who will stick with you long after you’ve completed the 60+ hours of story and gameplay included in this release.

One of the advantages to the Western release of these two games is, players will not need to wait a while after the conclusion of The Great Ace Attorney: Adventures to jump into The Great Ace Attorney 2: Resolve because I cannot imagine how it would’ve been for those who played it in Japan, where they had to wait a while for the second game. Despite being two games in a collection, the story in the second game is very much a continuation of the first one and you should treat this like two parts of the same story.

If you’ve never played a game in the series before, you usually follow a pattern of gathering evidence, interacting with characters, investigating various scenes, making your case in court by finding inconsistencies, dealing with a colourful jury, and revealing the truth. The trials involve cross-examination, a lot of back and forth between attorneys, deductions, and more. The cases in The Great Ace Attorney Chronicles are mostly all paced well with only a few feeling like they had a bit too much padding before getting to the point.

I love how the structure of cases and chapters in these two games isn’t static either. It definitely helps keep things fresh in the lengthy playtime you will get out of the collection. It feels like The Great Ace Attorney Chronicles brings the best gameplay features from prior games and releases and adds its own set of new quality of life and accessibility options to have the best gameplay the series has to offer.

One of the best accessibility features, and new to this collection, is the story mode option. This lets you toggle an auto-play mode that does everything for you as you watch the game and story play out automatically. You can toggle this off at any time so it will be useful if you’re ever stuck and don’t want to use a guide or look something up. This will also be good for pure visual novel fans.

Despite The Great Ace Attorney Chronicles basically being a new release for everyone in the West, Capcom has gone the extra mile by adding a ton of extra content. Usually, stuff like this would be in a retro collection as a museum, but The Great Ace Attorney Chronicles extras are definitely the gold standard. A lot of care has gone into this release. Barring the two full games included, there’s an in-game gallery, music player, audio player for voiced lines, a set of bonus short stories, and extra costumes for some characters. Everything in these sections has been localized as well which is nice to see.

Visually, I’m surprised at how good this release looks. There are a few things that don’t hold up as well on the big screen, but everything else looks great. The Great Ace Attorney Chronicles has vastly superior visuals compared to other games with its gorgeous character models and animated moments both in-engine and pre-rendered cut-scenes. Even the interface and menus are all very well thought out and responsive. I’ve always tried to buy artbooks for the Ace Attorney games but The Great Ace Attorney: Adventures and The Great Ace Attorney 2: Resolve raise the bar quite a bit when it comes to art and aesthetics.

I played most of The Great Ace Attorney Chronicles on PS5 through backward compatibility but tried out a few of the cases via remote play on iPad. The game looked brilliant on iPad Pro through remote play and it was a good experience overall. The character models and most things in the environment all looked very nice on the big screen. Having only played the original games on Nintendo 3DS or iOS, it was nice to see that these games look and feel good even on the big screen.

The only complaint I have with this release is the pacing towards the middle of The Great Ace Attorney: Adventures and in one case in The Great Ace Attorney 2: Resolve. The way to fix this would’ve been to treat this release like a single game and cut out some of the padding, but considering everyone (including myself) has wanted to play localized versions of both of these games, that wouldn’t have been feasible. Barring that, there really isn’t anything holding this back from being one of the easiest games I can recommend to anyone looking for a memorable story with great characters and brilliant music.