The Mako Reactor
Home Reviews The Legend of Heroes: Trails From Zero Switch Review – The Gold... 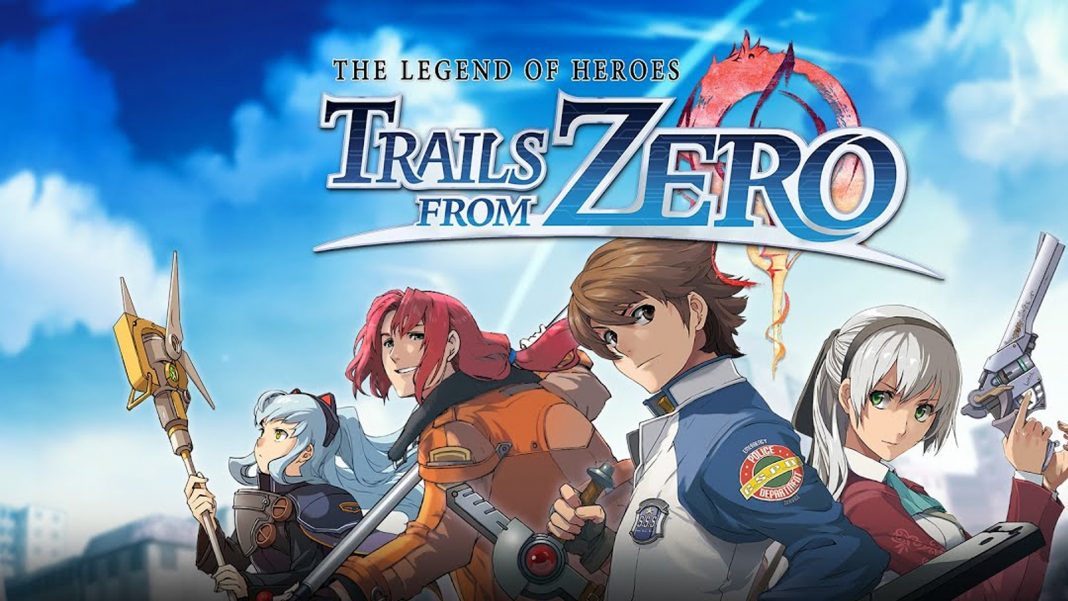 Seeing Ys VIII in a Nintendo Direct is still one of the highlights of any of Nintendo’s showcases for me. Since then, NIS America has gone on to bring every Falcom game it has localized to Switch with more to come next year. The Legend of Heroes: Trails from Zero is out simultaneously on PS4, Nintendo Switch, and PC this week, and it is the best Falcom Switch release so far for a few reasons. While I consider Ys VIII as one of the best games of all time, the Switch version isn’t a great experience compared to other current platforms. The Trails of Cold Steel games on Switch are much better conversions in comparison. Trails from Zero on Switch feels more like an enhanced remaster of a PS4 version, but unlike most other Switch ports that have visual downgrades, this one has much better visuals in addition to many additional features that aren’t on PS4. For this Trails from Zero Switch review, I’m going to cover those differences and why this is worth your time as one of the best JRPGs of the year. Read my PC review here.

Before getting into the improvements in this version of the game, Trails from Zero serves as a great entry point into Falcom’s massive Trails series that spans multiple generations of consoles. Until now, the only Trails games on Switch in the West are Trails of Cold Steel III and Trails of Cold Steel IV. The former is a game many people I know played as their first game, and it made them want to experience more of the world. The latter is absolutely not a good entry point, and one that requires at minimum the first two Trails of Cold Steel games. Trails from Zero is the start of another arc within Falcom’s Trails series. If you’ve never played a game in the series before, you’ve been missing out on a fantastic narrative, but Trails from Zero lets you get into it with a superlative conversion on Nintendo Switch.

Trails from Zero on Nintendo Switch and PC was ported by PH3. Saying “ported” is an understatement given how much has improved and been added to this conversion over the PS4 version. So far, PH3 has been responsible for PC releases of Trails and Ys games, but for Trails from Zero, the developer tackled the Switch version as well. The PS4 release from Falcom in Japan served as the source of Trails from Zero for PC and Switch. I’ve done a detailed comparison of all platforms which you can read here, and with a patch from a few days ago, the Switch version is very close to the PC release. The comparison below showcases how much of an improvement the visuals are on Switch (with its UI scale option also enabled for a larger interface).

Improvements and enhancements here include massive visual upgrades across textures and new interface options. These also include a plethora of quality of life features and added visual options not present on PS4. I have no qualms in calling this the gold standard JRPG port for Switch considering it even improves on visuals compared to PS4 while other JRPG ports have compromises visually like with Dragon Quest XI S. Some of the features have been regulars in PH3’s PC ports, but being able to skip intro logos to save time and boot up your save quickly on Switch really show how much care went into trying to make this the best possible experience it could’ve been for Nintendo Switch owners. As pictured in the start, the Switch (with its latest update) also has a new “Show BGM Information” option that displays the track name and soundtrack details when a new song plays.

Trails from Zero does have a few flaws though. If you got into the series through the Cold Steel games, the visuals are going to take some time to get used to. As someone who played and loved Trails in the Sky, I feel right at home here, but there’s definitely a dated feel to the game visually. The improvements and cleaned up textures help make it a nicer experience, but it is a remaster of a PSP game at its core after all. The other issue is the lack of English voice acting. It is a miracle that this released in the West at all, but I’m still disappointed by the lack of an English dub here after prior Falcom games all got English dubs from NIS America. One other issue is in how specific aspects of the combat and equipment aren’t explained as well as they could be.

Despite its roots as a PSP game that was brought to PS4 and then ported again to PC and Nintendo Switch, Trails from Zero feels great and has aged brilliantly when it comes to the narrative, music, and characters. The visuals and lack of English voices may turn some off, but you’d be doing yourself a disservice if you skipped Trails from Zero on Switch. Even in a packed year with many quality releases in the genre, Trails from Zero is one of the best JRPGs you can play on Nintendo Switch, and the gold standard of how to bring a JRPG to the platform. I can’t wait to play Trails to Azure from NIS America and PH3 when it releases next year. It still feels incredible that we can stop asking Falcom and NIS America “Crossbell when?” when it comes to Trails.

Switch port review: This Trails from Zero Switch review focusses on the Nintendo Switch version and port quality of the newest Nihon Falcom Trails game that has arrived in the West on PS4, Nintendo Switch, and Steam simultaneously.