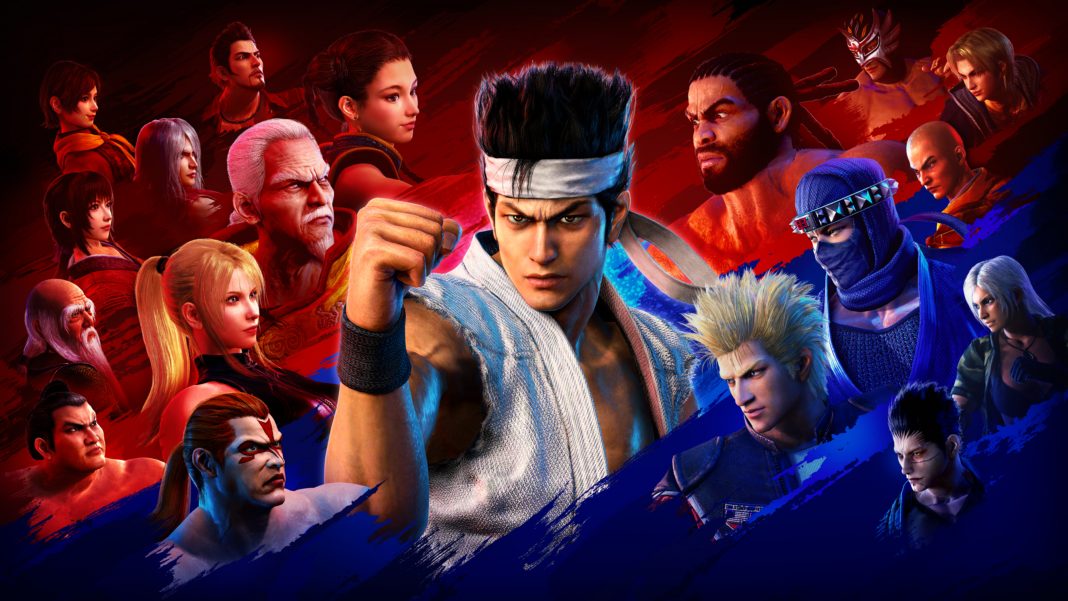 Over the years, I expected Sega to release Virtua Fighter 5 in some form on PlayStation 4 and PC given that the Yakuza games have become so popular and you can play a version of it within some of them. On the Xbox side of things, Virtua Fighter 5 Final Showdown is playable through backward compatibility but PlayStation and PC players have not had a standalone Virtua Fighter 5 release yet. That changed when Sega officially announced Virtua Fighter 5 Ultimate Showdown for PS4 and that it would release on PlayStation Now and PlayStation Plus. This obviously drastically reduces the barrier of entry which is great for Virtua Fighter but the overall package might feel a bit lacking for some. In the time I’ve spent with the game on PS4 Pro and PS5 playing both online and offline, I’ve come away very impressed with a lot of aspects of the game but disappointed in some.

Virtua Fighter 5 Ultimate Showdown was initially revealed as Virtua Fighter esports in Japan and that should tell you what the focus is of this release. If you enjoy playing fighting games mostly offline and on your own, the modes here will leave a lot to be desired. This is very much an online-focussed game so it lacks a lot of the Virtua Fighter 5 console versions but it does have a robust training mode and it does include the arcade mode. The online focus, while fine given the PlayStation Plus inclusion, raises one big question relating to the netcode. Virtua Fighter 5 Ultimate Showdown uses delay-based netcode with some enhancements and not rollback netcode. While I will be discussing my experience with online over the games I played during the last week, I wanted to get this out of the way for those who were curious about the netcode in this online focussed fighter.

What surprised me the most was how well the core gameplay holds up. While the visual overhaul in Sega’s Dragon Engine with mostly great character models and stages helps, it just shows how good the animations were in the first place. Virtua Fighter 5 Ultimate Showdown doesn’t stray far away from its core. This is very much a big fresh coat of paint on Virtua Fighter 5 and it gets the job done perfectly. The martial arts combat from the original feels and looks exactly as I had hoped here.

Despite being in PlayStation Plus, Virtua Fighter 5 Ultimate Showdown is also available standalone as a bundle of the game and Legendary Pack DLC. This DLC adds music from prior games, a retro interface, retro character models, and a lot of customization options. These options let you tweak various aspects of each character and save them in different slots for use online and offline. While the retro models are a nice touch for old school players, I ended up using the retro interface across my time here and spent a decent amount of time customizing characters. This DLC pack definitely feels worth it for fans of Virtua Fighter and it is a smart add-on available for those who get the game through PlayStation Plus.

As I mentioned above, Virtua Fighter 5 Ultimate Showdown uses delay-based netcode but my experience with it across dozens of games played with friends in Europe, Asia, and North America has been mostly positive. It feels way better than every other delay-based netcode game but I did have some bad experiences when playing someone in the USA from India. The netcode here obviously isn’t ideal for most people and considering Guilty Gear Strive with its sublime online just released, the online here leaves a lot to be desired. Given the esports and online focus, launching with outdated netcode is pretty disappointing.

With a recent patch, one of the biggest complaints I had with lobbies got addressed. Prior to this update, you couldn’t actually share a room code with anyone and had to have each player go through multiple pages of rooms online to find the friend’s room. It was a pain. I’m glad Sega was quick to address this and I hope to see even more improvements to the online lobby system in the future.

On PS4 Pro and PS5, Virtua Fighter 5 Ultimate Showdown looks mostly great. The stages are modernized very well but could’ve used better anti-aliasing. You will notice some shimmering and jagged edges for sure. The character models range from being excellent to being decent. The customization options help fix some of my issues with the base models but you will notice some visual issues especially with character hair. The load times are a bit longer than I expected here though especially when you want to get online.

Barring the netcode, Sega addressed my biggest complaint with the lobby system with the most recent patch already (which was delayed by review by a few days) so I hope the team is working to make playing one on one with friends seamless in the future. Depending on how the game does, I’d love for some visual enhancements for PlayStation 5 like how Ys IX got updated to run in 4K on PS5 through backward compatibility.

Virtua Fighter 5 Ultimate Showdown may not be the big massive new game everyone hoped for, but Virtua Fighter is very much back and this fresh coat of paint does enough to complement the superb animations and core gameplay to make it a great package. While some people just add free games on PlayStation Plus or Xbox Gold to their accounts and only play the new big releases, Virtua Fighter 5 Ultimate Showdown is well worth your time if you have a PlayStation 4 or PlayStation 5 system. It doesn’t have the modern online experience the series deserves in 2021, but it does a better job than most flagship fighting games right now.