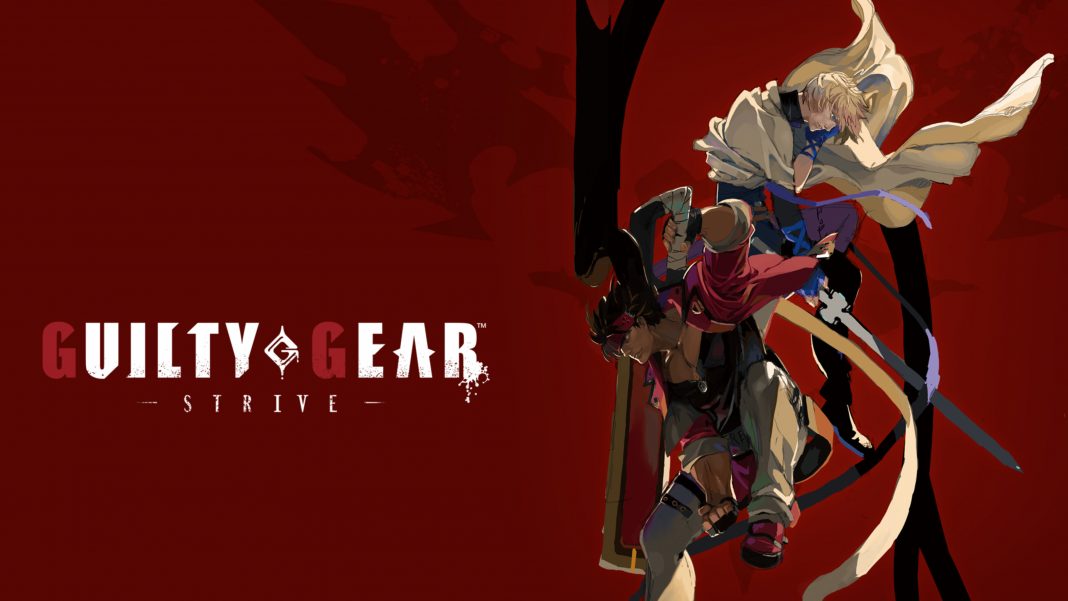 Ever since it was initially revealed back in 2019, Guilty Gear Strive has been one of my most anticipated games of recent years. I originally got into the series thanks to Guilty Gear Xrd Sign on PS4, mostly because of the music, and discovered a gorgeous and very deep fighter that was a bit too complex for a lot of people. For Guilty Gear Strive, Arc System Works has aimed to change things up so that the game is deep but also accessible for newcomers, and the end result is one of the best fighting games I’ve ever played.

Instead of launching bare-bones and building up, or launching with unusable online like some popular fighting games, Guilty Gear Strive has launched with a slightly small roster but robust online, great gameplay, gorgeous visuals, a top tier soundtrack, and enough well put-together tutorials to get just about anyone enjoying and pulling off combos here. As of the day one patch, I’m more than pleased with the launch content included in Guilty Gear Strive and am definitely glad the game was delayed beyond its initial release date.

Unlike other fighters, Guilty Gear Strive’s story mode is like watching an extended set of anime episodes play out. It doesn’t have any shoehorned battles like other fighting game stories, though it has a lot of pre-requisites if you want to understand everything from past games. I’m not going to get into any story spoilers but the visuals and production values in general are phenomenal. I hope we eventually get an anime by Arc System Works with this aesthetic bringing together characters from all of Arc System Works’ games. When you boot up the story mode, the game even asks if you want to take breaks and treat it as an episodic experience or go through it all in one go. You can save at any time and it also has an autosave system. I chose to treat the story mode like a nice meaty lore dump with great visuals and it ended up being way better than I expected.

Barring the story mode, there’s still a lot you can do if you’re not a fan of playing online. There’s an arcade mode with nice interactions, survival mode, a vs cpu mode, robust mission mode for learning the ins and outs of the game (or the smell if you may), free training, and a 1v1 mode to fight someone else on your console. The mission mode in particular is excellent, and slowly eases you into the more complex mechanics.

Despite being accessible, there’s a lot of depth here and it feels like Arc System Works designed the core (or smell) of the game to allow both newcomers to fighting games and those who are familiar with Guilty Gear to have a fighting chance when facing off. Roman Cancels are still here with some changes and I’d definitely recommend the mission mode if you haven’t played a Guilty Gear game yet. You could always just jump into free training to get a good feel of things but Guilty Gear has so much hidden beneath its beautiful surface that you will never be bored of learning and can always move to another character who feels different.

While the roster of 15 playable characters might feel small for some, it might be my favourite fighting game base roster ever. I’ve only managed to scratch the surface with Nagoriyuki and Faust so far after spending the majority of my time in the last few days playing I-No (who is my favourite as you probably can tell from my screenshots), Ky, and May. While Dragon Ball FighterZ and Granblue Fantasy Versus proved Arc System Works could do fantastic visuals for characters following Xrd, Guilty Gear Strive feels like the team is just showing off now with an amazing level of polish and detail across designs, animations, and transitions.

There are two aspects to Guilty Gear Strive’s online: the netcode and the lobby system. The former is superb. I’ve been playing both before and after the newest patch hit with people across Europe, Asia, and North America and had only two games out of more than 50 where the game stopped for “checking opponent’s connection” for a second during the match. I even tried it with a few friends on wifi to see how bad it could get and my experience so far has been that, even during the worst Guilty Gear Strive matches, I had a way better experience than the online in Tekken 7 and Dragon Ball FighterZ so far.

So far, I’ve been very positive about everything in Guilty Gear Strive but there are two areas that need work and these can be addressed in post launch updates. The first, and major one, is the lobby system. It feels like everything in the lobby takes more steps than it should right now. While improvements have been made from the first beta, it feels a bit too cluttered still. Thankfully, once you get into a match, it is all smooth sailing with instant rematches on PS5. The other aspect that is disappointing and will be a big deal for some is the lack of frame data in training. Hopefully this can be added alongside the free updates planned.

Visuals in a Guilty Gear game are always a highlight but Guilty Gear Strive looks unbelievably good on not only PS5 but also PS4 Pro. The animations, stage transitions on a wall break, perspective changes, and more are all sublime. I also love every single character design and redesign in Guilty Gear Strive. This is easily the best looking fighting game ever and one of the best looking games I’ve ever played. Some people might not like the interface though, because Arc System Works has gone for a very striking aesthetic for text during combos. It will be distracting for some people, but I like it.

After enjoying my time with Guilty Gear Xrd Sign, I was very disappointed by Guilty Gear Xrd Revelator and Rev 2 not having an English dub. Thankfully, Arc System Works has been improving in this aspect over recent games with BlazBlue Cross Tag Battle having a full dub option and I’ve been very impressed with the English dub in Guilty Gear Strive. It is included in the day one patch so I’ve experienced the game with both English and Japanese voice acting. Both options are worth trying and it is good to see such effort put into dubbing and delivering during a pandemic.

One of my favourite things about Guilty Gear is the soundtrack. Daisuke’s soundtrack for the vocal tracks is phenomenal. There isn’t a single song I don’t like and the older tunes that I’ve heard many times through trailers and the beta have only grown on me more. Ky, I-No, May, and Potemkin have the best songs right now, alongside the main theme of the game which feels as good as Devil Trigger to me. Aisha and Naoki Hashimoto’s vocals are sublime across every track here. This is easily a strong contender for the best soundtrack of 2021 with how varied each track sounds despite still feeling like a modern Guilty Gear soundtrack. Just like the visual improvement, Daisuke’s soundtrack has evolved for Strive and it is worth buying even if you don’t get the game.

Guilty Gear Strive has exceeded my expectations in just about every way. I already knew it was something special when I played the first PS5 beta but the final game is brilliant in almost every aspect. I hope the lobby system is addressed, though, because it’s the weakest aspect of what is otherwise the best fighting game I’ve played in years. Arc System Works always had visuals, music, and gameplay down but with Guilty Gear Strive, those aspects combine with a robust online experience to deliver the best fighting game you can buy right now. I can’t wait to see how it evolves over time  with DLC and free updates. I know the wait has been long but Arc System Works absolutely killed it with Guilty Gear Strive.