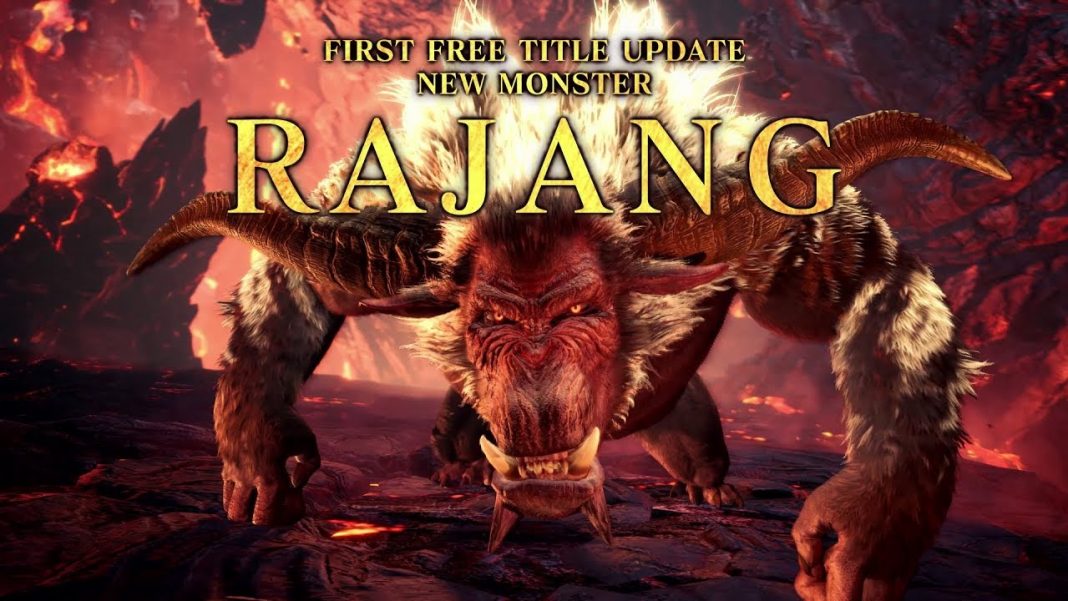 As of now, detailed patch notes aren’t available but Capcom has revealed the contents of the update which you can see below.

Quests that feature Rajang can be unlocked by talking to the Admiral in Seliana after (1) having beaten the game and (2) having visited the Guiding Lands at least once.

New Rajang-based hunter and Palico equipment have also been added.

You can also obtain a new weapon pendant, Rajang Claws, by completing all of the quests given to you by the Admiral.

You can now set your room to “public” via the Housekeeping or start menus. Setting your room to public allows other hunters in your online session to visit your room (all rooms will be set to public by default). You can also add a passcode to your room or make it completely private.

– Fixed an issue where temporary files were saved to the wrong location when taking in-game screenshots while the Steam Cloud is active.

Please note that this issue has no effect on game progression, but if the folder “_TempPhoto” has been created in the root folder of the drive where you have the application installed, it may be safely deleted. Once the patch has been applied, future files will be saved to the same folder as save data.

Monster Hunter World: Iceborne is now available on PS4, Xbox One, and PC. Read our thoughts on the console version here and PC version here.