The Mako Reactor
Home Features Doraemon Story of Seasons PC vs. Nintendo Switch – What to Buy? 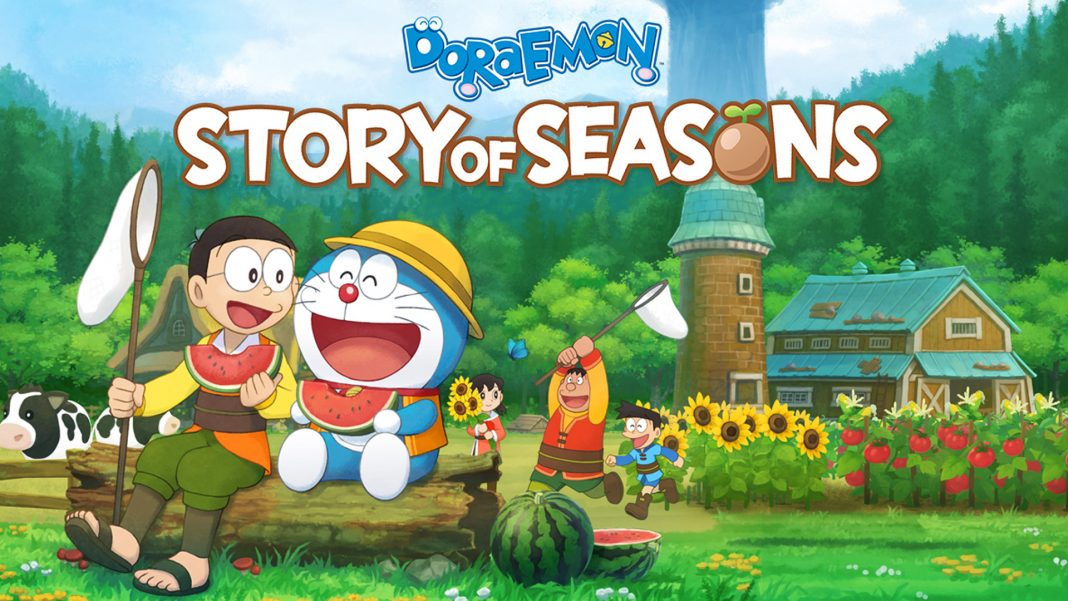 The Story of Seasons franchise is very old with entries dating back to PS1 even though the name for the English releases back then was Harvest Moon before there were issues with the name. If you’re wondering whether this is a true Story of Seasons game and not one that just uses the name, the answer is mostly yes. It still is a Doraemon game that has characters from the anime but said characters happen to be in a Story of Seasons game which is all about farming and simulation.

If you’ve never played a true Harvest Moon game or a recent Story of Seasons game, Stardew Valley is heavily inspired by it and you will feel right at home if you’ve played that. Doraemon Story of Seasons has a gorgeous watercolour aesthetic and relaxing music. Having already played the Japanese Nintendo Switch demo a few times in docked and handheld when it released, I was curious about whether any of the performance issues were addressed in Bandai Namco Entertainment’s localised release. I’ve also played a few hours of the PC version on Steam to see how it fares against the Nintendo Switch port. Here’s what you need to know.

Thanks to the watercolour aesthetic, Doraemon Story of Seasons looks great even scaled down and lacking a few post processing effects on the Switch screen. The interface is crisp but there are some elements of the game like the loading screen and some icons on the in game calendar that are blurry. Sadly, this affects even the PC version and it seems like the PC version uses the Switch version as a base.

I tried the PC version on an ASUS laptop with an Intel i7-4750HQ at 2.00 GHz, 8GB RAM, and a GTX 950M with 4GB VRAM. Doraemon Story of Seasons runs at 1080p with everything maxed out at 60fps. The art style scales really well but it is disappointing that certain elements are still using the Nintendo Switch assets. Character models look great with every graphics option set to the highest it can be. The resolution support is a bit questionable with no 1440p support but direct 4K support when you’re looking above 1080p.

On PC, Doraemon Story of Seasons runs at 60fps for me with almost no drops. The few times the frame rate drops are usually loading related and not gameplay related from what I’ve seen. This is a big upgrade over the Nintendo Switch version that runs at an unlocked frame rate that only really stays at 60fps in closed spaces like your house. I would’ve preferred a 30fps cap over this inconsistent frame rate for sure since the Switch has trouble with performance in Doraemon Story of Seasons.

Doraemon Story of Seasons PC vs Nintendo Switch what to buy

There are a few things to consider here. The frame pacing on Switch is very annoying and that version costs more than double of the PC version. Barring the frame pacing, the Switch version is fine in handheld and if you value portability above everything else, this isn’t a broken port by any means. Don’t expect a fix since this issue has persisted since the Japanese release that arrived months ago. I’d recommend trying the demo before buying it to see how you find the performance during movement.

The PC version in India on Steam is the cheapest compared to all other countries and it runs great even on low end hardware. The keyboard and mouse controls leave a lot to be desired. I’d recommend playing this with an Xbox One controller if you want to get it on PC because it was clearly designed for a controller.

If you’re only going to play on portable, the Switch version is a decent option. If you’d rather play on the big screen, the PC version is definitely the way to go. As of now, other console versions haven’t been announced so the best way to play this on a big screen is definitely the PC version that is a lot cheaper as well. The Nintendo Switch physical version isn’t even making it here officially. Hopefully Bandai Namco addresses some of the performance troubles in future patches but I really doubt any fixes are coming at this point.