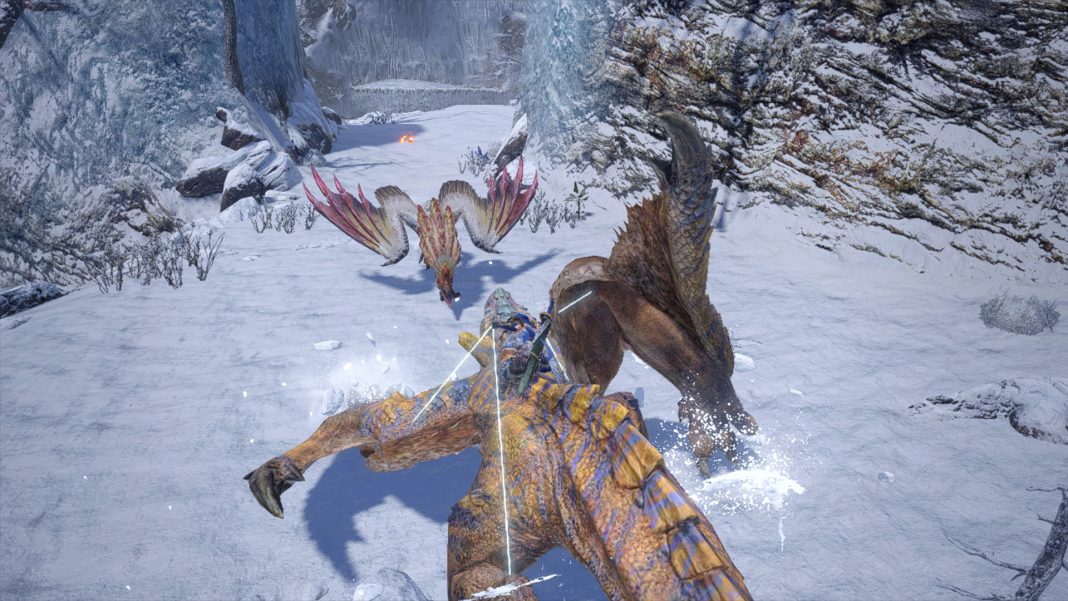 The first thing to keep in mind is ensuring you can mount a monster to ride them. You can do this by dealing damage with the wirebug, finding a puppet spider, or discovering a monster that has just run into another in a short battle. When you attack using silkbind (wirebug) attacks or using jumping attacks with the wirebug, it visually displays this to you with a special background around the damage numbers.

How to ride monsters in Monster Hunter Rise

Monster Hunter Rise wyvern riding is not just a great spectacle to behold with the larger monsters but also essential to getting more materials, dealing additional damage, and more. When a monster is in a mountable state, press A near it to ride. Hold R and move the left stick to control the monster.

How to attack while riding a monster in Monster Hunter Rise

As you are riding a monster and damaging the other monster, the mounting gauge fills up. When this is full, you can unleash a mounted punisher that lets you deal massive damage and usually use a monster’s signature attack on the other monster.

You can regain footing by pressing B immediately after launching a monster into a wall. This lets you repeat and do the whole launching into a wall for dealing damage three times in total.