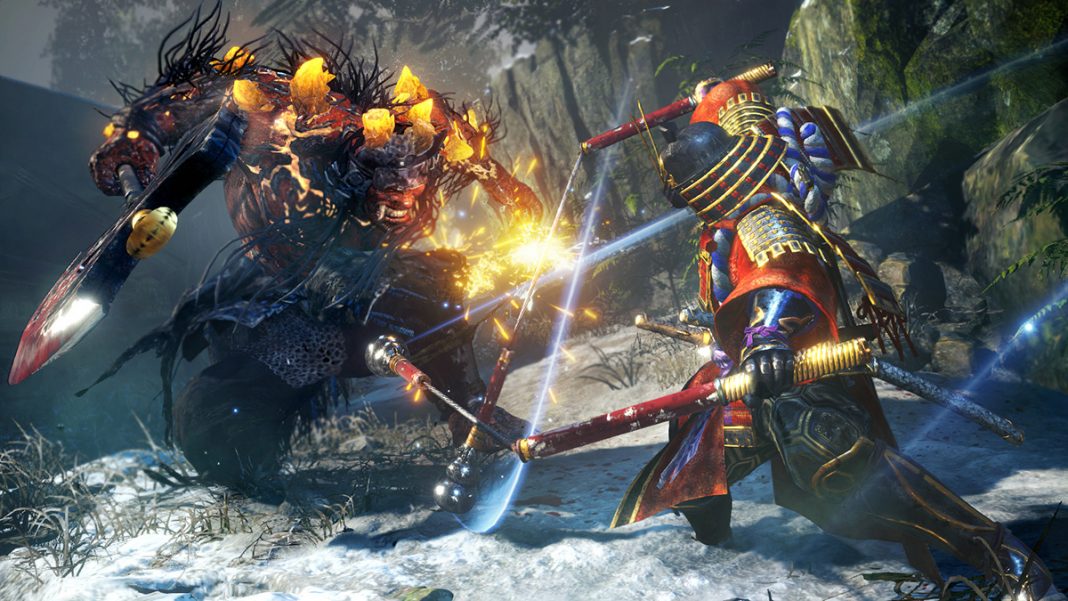 With Nioh 2‘s first DLC now live with Nioh 2 version 1.11, Koei Tecmo, Sony, and Team Ninja have started rolling out the Nioh 2 version 1.12 update on PS4 worldwide. This update has mostly bug fixes. The 1.11 update on PS4 also included version 1.10. Details for it are here. The last major update to Nioh 2 arrived with 1.09 that added photo mode and more. The version 1.12 update is live in some regions now but hasn’t rolled out worldwide yet. It will be live by today everywhere. Watch the new trailer for The Tengu’s Disciple DLC below:

Official patch notes for the update are available here in Japanese. An English translation is not available as of this writing for the full patch notes for any balance changes. The focus of the patch is bug fixes for errors and issues relating to the DLC for the most part. Check out the English patch notes below for Nioh 2 version 1.12: