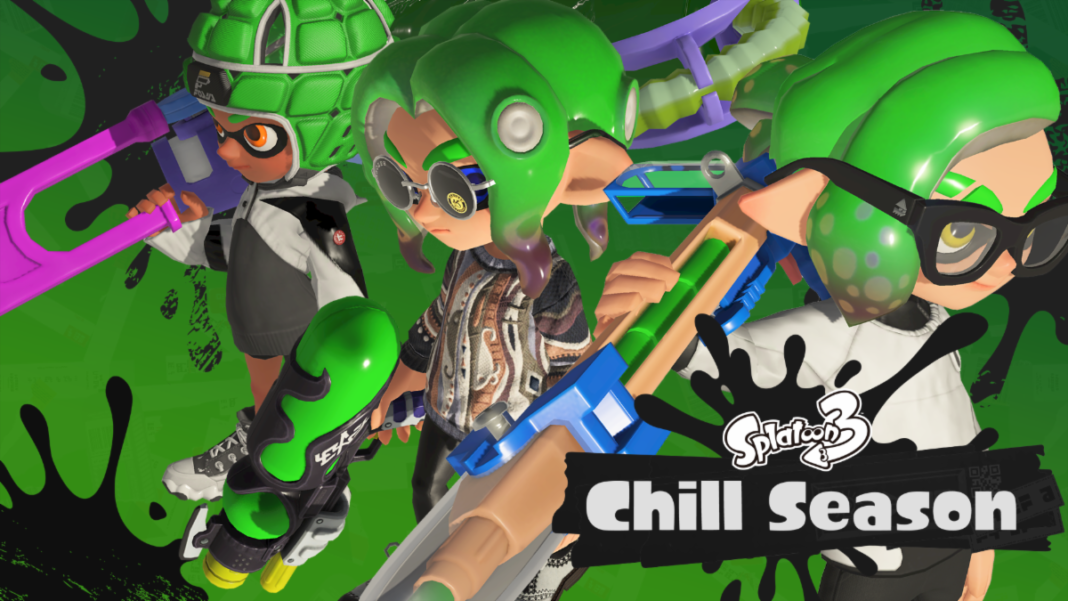 The Chill Season will also see the addition of Big Run. This game event is a twist on Salmon Run on Wahoo World. More details on how to participate in this mode will be revealed in the near future. This update will also bring X Battles with leaderboards. X Battles debut on December 1 with new weapons and 10 returning weapons from previous games. Some of these have modified sets.

I’m glad to see Nintendo add so much already. While I’ve enjoyed playing Splatoon 3 for dozens of hours so far, it definitely needs more. The catalog battle pass system has been a great addition to the game, and I can’t wait to see what arrives in the Chill Season in-game. Hopefully they make it easy for players who missed out on prior items a way to get them in future seasons.

Check out the official website here for more information.

Splatoon 3 is out now worldwide on Nintendo Switch.