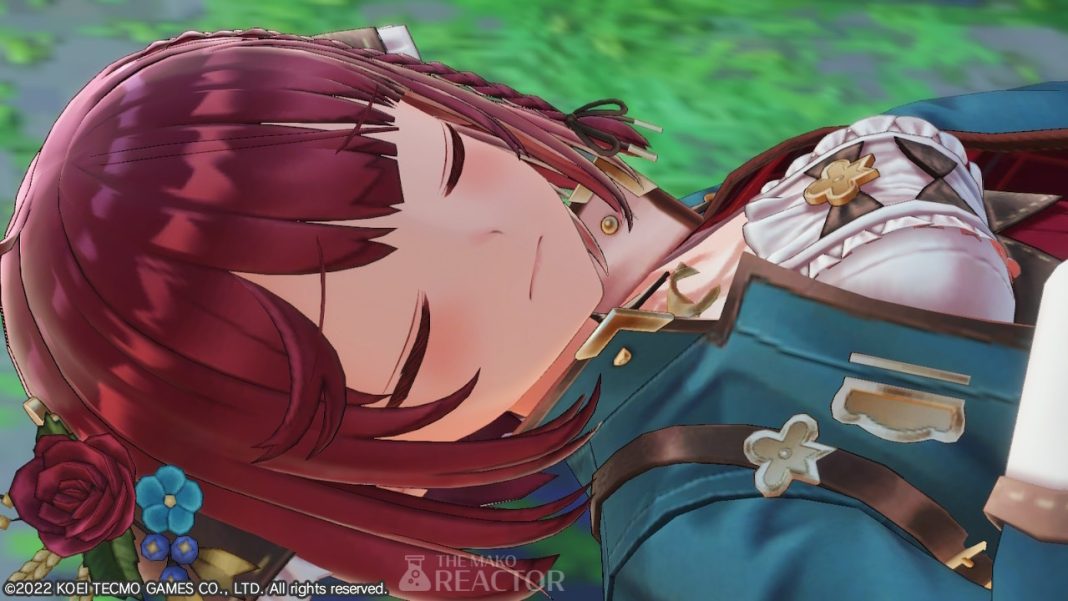 After the excellent Atelier Ryza 2, I was very curious to see where Gust would go next with the Atelier series. Over the years, Gust has grown to be one of the best studios with a consistently great output on all platforms including Nintendo Switch more recently. The Atelier games have gone from small titles that had many caveats to fantastic JRPGs, and Atelier Sophie 2: The Alchemist of the Mysterious Dream raises that bar higher. As the series’ first worldwide simultaneous release for a new game, Atelier Sophie 2 has exceeded my high expectations of a new Atelier game, and delivered a mostly excellent Nintendo Switch port. This review will focus on how Atelier Sophie 2 plays on Switch and how it compares to other platforms.

Before getting to the actual Nintendo Switch version, Atelier Sophie 2 itself has many fantastic quality of life improvements that surprised me in my time spent with it on all three platforms including PC since over a month ago. The seamless battle transitions, gathering improvements, inventory improvements, and more have made me hope Gust can build on this for future entries. On the story side, you can absolutely play and enjoy this without playing prior games and even without playing the first Atelier Sophie game. Just like Ryza 2, having played the first Ryza game will help, but it isn’t essential.

Atelier Lydie & Suelle on Switch was a mess at launch. It only saw major improvements through the DX release (and patch for the original game at the same time). Atelier Ryza and Atelier Ryza 2 were the first great conversions Gust did for Nintendo Switch and Atelier Sophie 2 mostly continues in the right direction. Barring shimmering in foliage and some shadow issues, it looks excellent both docked and handheld. It is not as nice as the PS4 version, but fans of Atelier games on Switch will be pleased with the visuals here. The shimmering is also a problem in the PS4 version but the real issue with the Switch version in its current state, is the draw distance.

Various small and larger objects in the environment load quite close to the player as you move across the larger areas and more crowded locations. Even some big structures load very close to you as you run into newer areas. Hopefully this can be improved in future updates. Barring that, the shadows are quite inconsistent with the player shadows being high quality, but NPCs and various things in the environment being blurry and flickering while moving. As you move close to NPCs, those shadows suddenly become clear. With how scalable the PC version is, these aren’t really issues there.

Having now played Atelier Sophie 2 on PS4 (played on PS5), Nintendo Switch (docked and on Switch Lite), and PC, I’d recommend the Switch version over the PS4 version if someone has both and likes having the option to play on the go. Performance targets are 30fps across all PlayStation platforms (through backward compatibility) and Nintendo Switch. The only major performance related issue in the Nintendo Switch version right now, is the load time. This is quite long moving in and out of areas or loading specific cut-scenes. The performance issues in certain parts of Shin Megami Tensei V were a lot worse than the few bad portions in Atelier Sophie 2 as a frame of reference. Expect some slowdown when there are a lot of effects.

When Atelier Sophie 2 was revealed as an anniversary game, I was hoping it wouldn’t just be like Nelke or some throwaway spin-off. Thankfully, Gust delivered not only one of the best Atelier games, but a fantastic JRPG that I can recommend to all fans of the genre as a brilliant gateway into Atelier on Nintendo Switch. I hope future updates can improve the draw distance and long load times, because Atelier Sophie 2 feels like a perfect fit for Nintendo’s hybrid system. Gust also continues to post many developers to shame with these quality Nintendo Switch conversions. The future of Atelier on Nintendo Switch has been looking brighter with each new entry, and Atelier Sophie 2 raises the bar(rel) further.