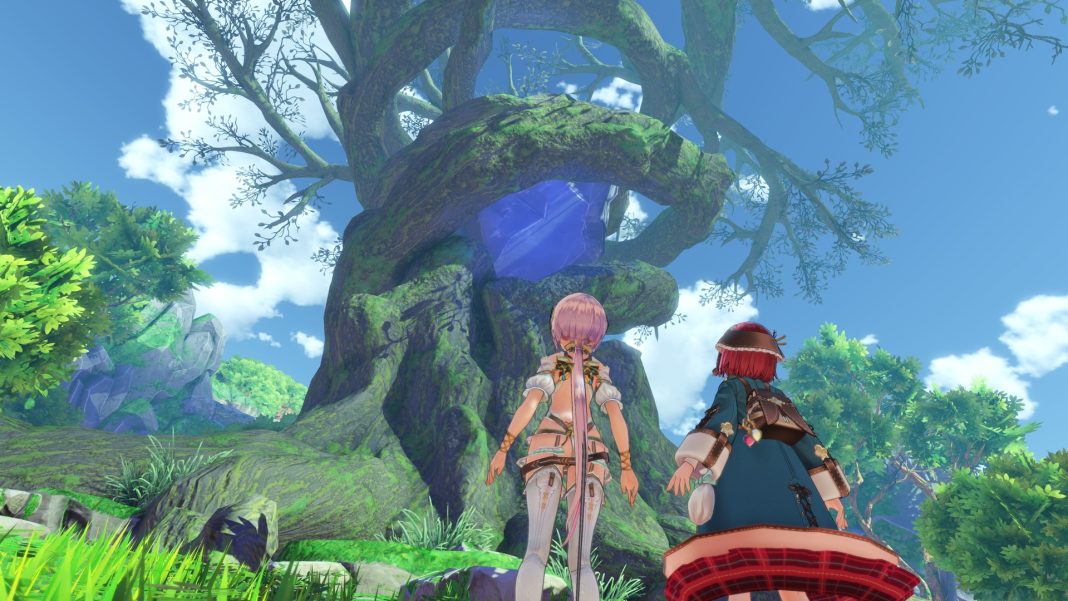 Gust’s Atelier series has become one of my favorites in gaming over the years thanks to so many great releases across different platforms. With the recent Atelier Ryza 2, the developer managed to release a fantastic JRPG that was a perfect entry point into the series with great console and PC versions. Given how successful it was, Atelier Ryza 3 seemed like the logical next step, but Koei Tecmo and Gust had something else in mind. Atelier Sophie 2: The Alchemist of the Mysterious Dream is the developer’s first global simultaneous release on multiple platforms and it is a sequel to Atelier Sophie: The Alchemist of the Mysterious Book which is an older game. Over the last month, I’ve been playing Atelier Sophie 2 on PC and more recently on both PS4 and Nintendo Switch for review.

Atelier Sophie 2 is set right after Atelier Sophie: The Alchemist of the Mysterious Book and it features a “story so far” option at the title screen if you need a refresher on the events from the first game. On the timeline, it takes place between Atelier Sophie and Atelier Firis, but you can still play this as its own story. There are specific things that will feel a bit different if you experienced the first game, but Gust has definitely designed this to be accessible to newcomers as a priority.

This story begins with Sophie and Plachta getting separated in a dream world. This world, Erde Wiege, has various people from across different times featuring dream visions and characters found by Elvira. Anyone in Erde Wiege will not age in the real world, but the time spent here varies depending on specific conditions. Sophie begins meeting various colorful characters and soon being re-introduced to Ramizel. Ramizel is one of my favorite characters in recent Atelier games. She is Sophie’s grandmother (obviously the younger version). Without getting into spoilers, the story here has a lovely conclusion which I’ve replayed a few times now. I was a little skeptical given the premise, but Gust pulled it off.

Gameplay is where Atelier Sophie 2 shines above the rest of the series. The only aspect that might not feel as nice to some players, is the combat. Atelier Sophie 2 has a new take on turn-based combat. If you only enjoyed the combat in both Ryza games compared to earlier entries in the series, you might not like the system here. I love both newer and older Atelier game combat systems, and Atelier Sophie 2 feels like the best implementation yet. It has added layers of strategy with skill choice, powerful Dual Trigger skills, different teams in the party, the effects of weather, and more. The biggest improvement to combat in Atelier Sophie 2 is how battles are now seamless with no loading. I hope future entries retail most of these if they are going to be turn-based.

Speaking of weather, it plays a huge part in Atelier Sophie 2. Not only do you use weather manipulation (early on) to reach newer areas, but you also will need to do it for specific items and even monsters. You unlock more weather control through the story relating to how you can power up cores and fight through powerful guardians. Weather also affects game performance. Don’t be surprised if you notice some performance penalty here depending on your setup.

Barring combat improvements and the weather mechanics, Atelier Sophie 2’s gathering improvements are a highlight. While you do get to gather using a single button press at gathering points that are glowing, you can raise your rank and unlock more gathering tools to increase the type of materials for the same spots. There are also important gathering spots where you will have to do a specific mini-game using various gathering tools to obtain even higher quality materials of your choice. The synthesis system and having Plachta also synthesizing here with unique recipes and materials is a highlight. If you find the system too deep, there is also an auto-add accessibility option. Getting a perfect panel is very rewarding.

As with prior games, you have the main story to complete, but you can also spend time doing a variety of requests to help NPCs fulfill their own dreams. Doing more of these gets you better rewards as you raise your own rank and grade. Atelier Sophie 2 has photo mode support right from launch which is good given how gorgeous these games have looked in recent years. For accessibility, you have access to easy, normal, hard, and very hard right from the start. Completing the story unlocks an additional difficulty option with more risk and rewards.

Ever since I played Atelier Ryza 2 and Blue Reflection: Second Light on PC, it seemed like Gust was finally releasing great PC versions. Both of those still have some annoying small issues, but they are much better experiences than the console versions. That remains true for Atelier Sophie 2. While the lack of a frame limiter or v-sync in-game is disappointing, Atelier Sophie 2 scales up to look much nicer than the PS4 version with support for much higher frame rates. I do hope that future Gust releases can address these graphics options-related issues and hopefully have more controller button prompt options than just Xbox on Steam. In my time with the game, the major issues I had when it comes to performance, were to do with some in-engine cut-scenes in more open areas. The other slowdowns were with weather changes and certain weather effects.

Initially, I thought Atelier Sophie 2 was a step down from Ryza 2’s gorgeous visuals. Having now played both games on PC, Sophie 2 is a bit inconsistent in visuals compared to Ryza 2. There are moments where it looks a lot better, but also some where I expected better. Overall, I’m pleased with the visuals here and love some of the character designs. Ramizel and Elvira are likely to get quite a bit of merchandise later on.

On the audio side, Atelier Sophie 2 has only Japanese voice acting as expected. Unsurprisingly given the series history, the voice cast is really great with fantastic voice acting through the story. It was nice listening to (and reading) the cast’s thoughts on the game upon completion as well. I ended up loving the Atelier Sophie 2 soundtrack. I know it is getting released soon, but I hope Koei Tecmo can get it on streaming services very soon because I don’t want to keep the game running to listen to the music through the in-game player. I’m definitely going to add some of the more relaxing tunes to my work playlist. Barring those, it has a lot of great battle themes and more upbeat memorable songs like Destructive Disruption and Ride on Moonlight. There are also some ethereal tunes for specific story areas that are excellent.

Atelier Sophie 2 on PC continues Gust’s recent tradition of releasing very good ports. The studio went from having middling or bad PC ports to delivering the best versions of the respective games on PC. While there are still a few annoyances with the PC port of Atelier Sophie 2, the game itself is fantastic and these issues are worth powering through if you’re a fan of the series or are looking to get into it here.

If you’ve never played an Atelier game before, Atelier Sophie 2 is a great way to get into the series and a fantastic JRPG in its own right. This is a must play for fans of the series and anyone looking for a relaxing JRPG. I hope we get another game focused on characters like Ramizel in the future because Gust has clearly shown that it can revisit older stories to deliver compelling experiences.