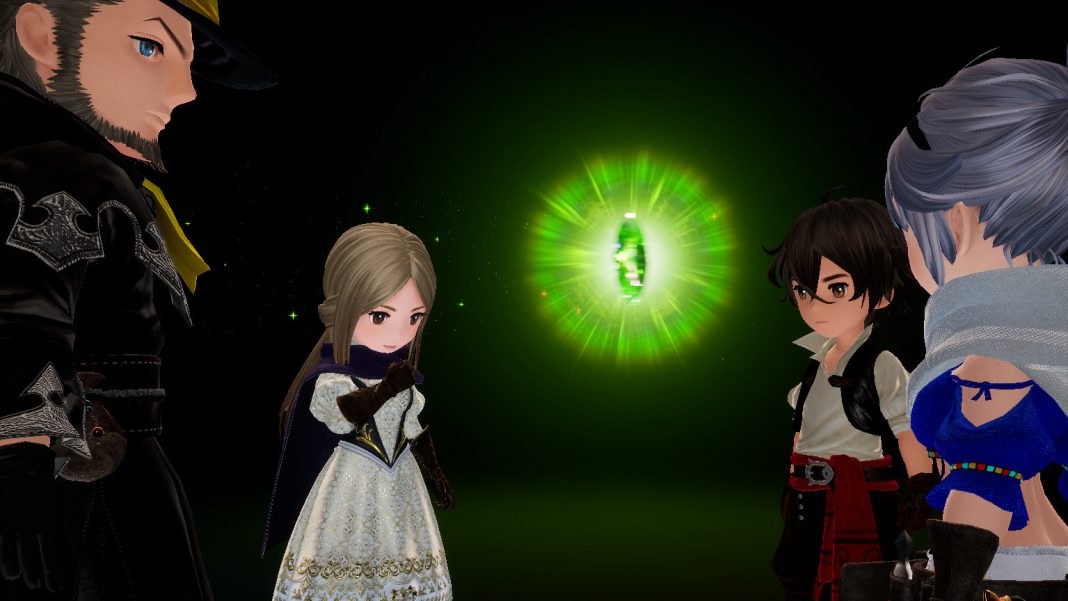 After Octopath Traveler made its way to PC and eventually Xbox, I knew it was only a matter of time for Bravely Default 2 to show up on PC at least. What I didn’t expect was a PC release this soon. Bravely Default 2 is the third Bravely console game following Bravely Default and Bravely Second on Nintendo 3DS. It is a standalone game that can be enjoyed without having played prior games and was a good but flawed JRPG on Nintendo Switch when it launched earlier this year.

While it has excellent combat and some of the visuals are great, the Nintendo Switch version wasn’t great technically and I’m not a fan of the 3D models. The environments were great but the overall image quality wasn’t amazing on Nintendo Switch. This made me very curious about a potential PC port and Bravely Default 2 on Steam has delivered in almost every way.

Bravely Default 2 has been developed in Unreal Engine 4. It scales mostly well and considering it was developed for Nintendo Switch, the PC requirements aren’t heavy but you will need relatively powerful hardware if you want to run it at high resolutions and frame rates above 60fps.

On a laptop with an AMD Ryzen 5-3550H processor (2.1GHz Base speed up to 3.7GHz), 16GB DDR4 RAM, and an Nvidia GeForce GTX 1650 4GB GPU, I tried Bravely Default 2’s few graphics options to see how it would scale up and down. I tested mainly at 1080p since that is this laptop’s display resolution. With the graphics quality set to low and the draw distance set to minimum, I was getting 120fps indoors and in the various towns. The open world and areas outside towns with combat saw the frame rate go to around 100fps with very rare drops below.

When turning the graphics to high and draw distance to far, I was getting in between 110 and 120fps in towns and indoors while the outdoor parts were 60fps with some small drops below depending on the environment and camera movement. When playing with these settings, the overall image quality is excellent. Bravely Default 2 has some designs and styles I’m not a fan of compared to the original game, but it really can look gorgeous on PC even at lower settings thanks to a much higher resolution option.

Coming from the Nintendo Switch version which has the same content as the PC version, the biggest improvements you will notice are in image quality and performance. On Nintendo Switch, the frame rate never felt smooth even with the 30fps target. The load times, while faster on PC, aren’t as much faster as some other games including Story of Seasons: Pioneers of Olive Town when comparing PC and Nintendo Switch load times. Resolution is the biggest upgrade in the PC version of Bravely Default 2.

Should you buy Bravely Default 2 on PC?

If you held off on the Nintendo Switch release of Bravely Default 2 and don’t care about portability, the Steam version is the way to go. This is a much better looking and performing version of the game. While I still have some issues with the game’s character and enemy designs, the environments and other visuals shine at higher resolutions.

Bravely Default 2 remains a very safe JRPG that could’ve done more. I understand that the team likely wanted to go back to the original game’s feel after Bravely Second, but this feels like wasted potential in many ways. The music is great, but doesn’t hit the highs of the original. Thankfully, the combat is amazing in Bravely Default 2 and I’ve enjoyed experimenting quite a bit in my playthrough.

On the PC side, Bravely Default 2 is a pretty bare-bones conversion, but one that scales up quite well. The lack of regional pricing on Steam is definitely unfortunate though. Overall, Bravely Default 2 on PC is the best version of a good JRPG. Team Asano raised the bar too high with Octopath Traveler and this is definitely a step back from that. Hopefully the next game from the studio manages to get back to that high.