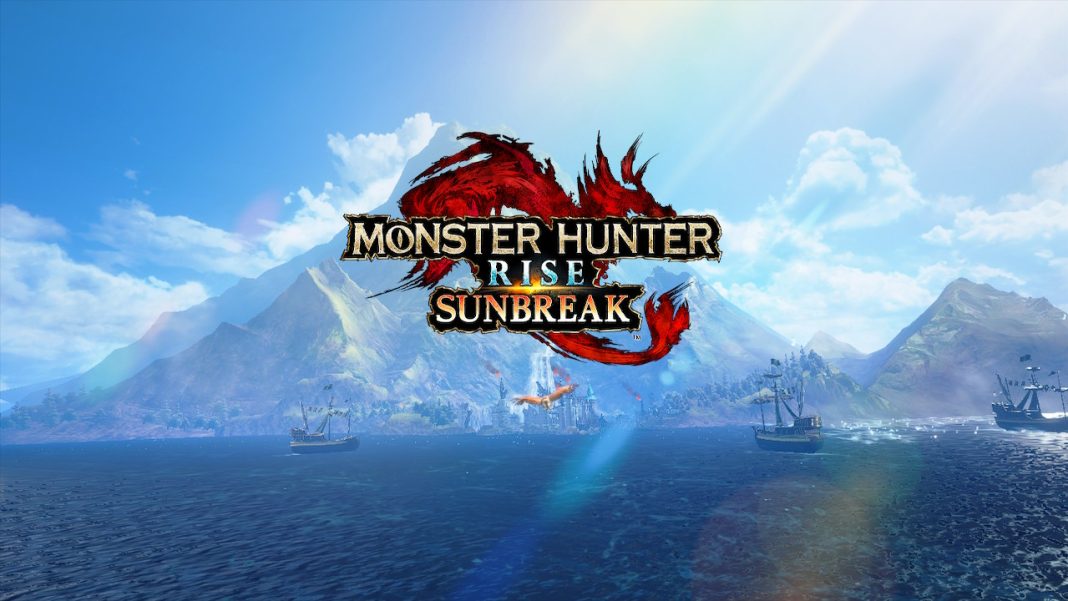 Monster Hunter Rise with all its updates ended up being one of my favorite games on Switch despite the technical issues and lack of a proper postgame. I did every event quest, played the PC version all the way for review, and also reviewed Monster Hunter Rise: Sunbreak on PC. Read my review of the expansion here and Steam Deck performance feature here. I was aiming to have a Switch-specific review for launch, but codes for the platform were only sent a day prior to release for myself and every reviewer I usually play Monster Hunter with. Since then, I’ve basically been playing it non-stop to test out the stressful areas of the game online and offline on Switch. For my Monster Hunter Rise: Sunbreak Switch review, I’m going to cover the performance, contents compared to the PC version, and also discuss how the online has held up over the last week on Switch.

Monster Hunter Rise on Steam had a few bonus features like visual filters you could use to tweak how the game looked and sounded, but it lacked the amiibo bonuses from the Switch version which meant those layered armor sets were only on Switch. For Monster Hunter Rise: Sunbreak, the differences between platforms barring the visual and performance differences, are similar. There are new amiibo for the Switch version giving you layered armor and also supported in the daily amiibo lottery. Barring that, the PC version has added camera features that are absent on Switch. Those are the main differences between both versions when it comes to actual in-game content and features.

Monster Hunter Rise struggled to maintain its 30fps in multiplayer on the flooded forest and basically any map that had a lot of open water areas. Monster Hunter Rise: Sunbreak pushes things a lot further in terms of particle effects and with the new monsters included in the expansion. I had trouble maintaining 60fps before turning things down at 1080p on Steam Deck in the busier fights involving Shagaru or Gore Magala and Malzeno, and also in specific multi-monster quests in some areas. I wanted to make sure I could test all of those and also Furious Rajang for the particle effects, which meant playing a lot as Furious Rajang is well into the postgame (MR50).

The final boss, which I will not spoil, is also a very demanding battle with its effects and scale. I’m surprised to see how the Switch didn’t run worse in that fight. Capcom has done a decent job of optimizing it for multiplayer, but it has issues with specific monsters where the drops are noticeable thanks to a lot of effects. You can see this with Gore and Shagaru Magala hunts. The others didn’t bother me as much considering I’ve played hundreds of hours on Switch so far, but if you really are sensitive to performance issues, you’re better off playing Sunbreak on PC. It is a much better experience on Steam when it comes to performance.

One important aspect to consider for this release is the online playerbase. The Switch has been a lot better for matchmaking with random people for early and postgame hunts compared to the PC version. If you have a group of regulars you play with, this aspect will not be an issue for you at all and you can disregard it. If you do play with randoms, you’re better off playing on Switch for the larger playerbase at least right now. In all my hunts on Switch so far in Sunbreak, I didn’t have a single disconnection issue both wired when docked, and wireless in portable mode.

One aspect of Sunbreak that lends itself to portable play, is the new follower and support quest system. I didn’t end up doing all of them pre-release on PC, but found them as nice breathers in between tense multiplayer postgame hunts. On Switch, I’ve been doing them in portable mode once every few hours as a break between the MR100 grinding and helping out friends who just picked up the base game. These new Sunbreak solo quests have continued to grow on me, and I hope Capcom keeps this style of solo quests for future entries as well. They help make you care more for NPCs and give you some optional downtime in quests to heal or sharpen when needed.

As with the base game, I spent most of time playing Monster Hunter Rise: Sunbreak in handheld using the Hori Split Pad Pro which feels perfect for a game like this. 2022 has been shaping up to be the best year for Switch since 2017, and Monster Hunter Rise: Sunbreak only elevates it further. Recently, the Switch has had the awesome Fire Emblem Warriors: Three Hopes, 13 Sentinels: Aegis Rim, Triangle Strategy, and more release with Live A Live, Xenoblade Chronicles 3, NieR: Automata and Persona 5 Royal coming to almost certainly make 2022 a landmark year for Nintendo’s hybrid system.

While it could use some more optimization especially when it comes to performance in multiplayer, Monster Hunter Rise: Sunbreak is my favorite Nintendo Switch game in years. Despite the technical issues, I’ve had an amazing time replaying Sunbreak on Switch after putting over 80 hours into it on Steam Deck for review. This expansion delivered in every way, and I’m looking forward to playing more of the postgame and eventual title updates on both PC and Nintendo Switch.