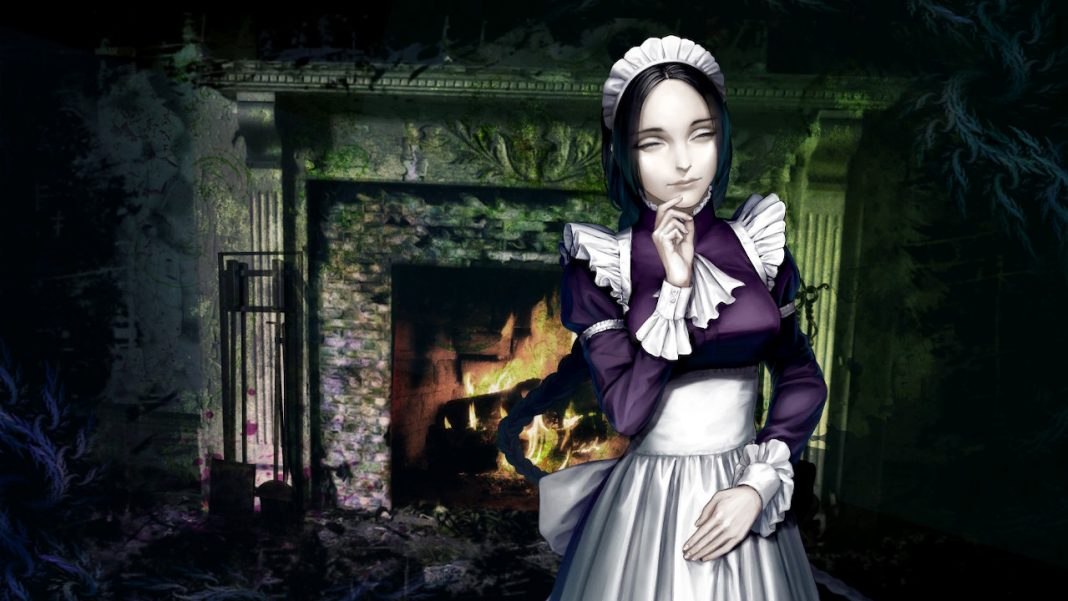 The Nintendo Switch has seen many great games in the pure visual novel genre arrive on the platform like Steins;Gate Elite, Yumeutsutsu Re:Master, and more to complement the adventure games that include visual novel elements like VA-11 Hall-A, the Ace Attorney trilogy, AI: The Somnium Files, and more. The games I mentioned are all excellent but The House in Fata Morgana: Dreams of the Revenants Edition is a league of its own when it comes to storytelling, characters, and music.

The PS4 and PS Vita release included a remastered version of the original game, A Requiem for Innocence, Reincarnation, and additional short stories. All of these are included on Nintendo Switch from the get go in addition to the rewind or ‘Scene Back’ feature that was patched into the PS4 version. As of today, Reincarnation and the side stories remain only available on PS4, PS Vita, and now Nintendo Switch. The Nintendo Switch version doesn’t include anything above the PS4 and PS Vita versions in terms of content for those who have already played either of those releases.

When it comes to the story, I’m not going to get into any spoilers for the games included in The House in Fata Morgana: Dreams of the Revenants Edition but it involves a blend of different things like gothic horror, love stories, tragedies, betrayal, abuse, and many more. The House in Fata Morgana begins with you waking up in an old mansion with no recollection of who you are and why you are there. A maid tells you that you are actually the master of the mansion but you don’t remember anything and this is where the thrilling and unforgettable story begins. The House in Fata Morgana takes you on a journey through different time periods and the individual parts are so good that they could be their own stories and I’d pay full price for each of them.

The main game has its own set of endings and it is pretty easy to get the true ending and I’d recommend trying to without a guide as you should always approach the first playthrough (with multiple saves as usual) without using a guide. One interesting addition to decision making and branching paths in The House in Fata Morgana is in how some decisions are timed. The House in Fata Morgana is very much a pure visual novel and not an adventure game with visual novel elements so keep that in mind before jumping in.

In terms of the story content in the main game, it has aged brilliantly and I still can’t get over how good the twists are even on my third playthrough through these stories. Good visual novels manage to hold your attention with their stories but great ones manage to remain in your mind for years and make you want more people to experience them. The House in Fata Morgana includes certain fourth wall breaking moments that I consider on par with Danganronpa V3 if you’ve played that all the way. The characters are brilliantly written and even without voice acting (in the base game), the atmosphere is phenomenal.

Visually, The House in Fata Morgana on Nintendo Switch delivered what I wanted in a port to the platform. It looks great docked and handheld. It obviously will not support 4K like the PS4 Pro version but other than that, there are no downsides to going with this version on a technical level barring the same few instances where some art was cropped from the original to go widescreen with a lot of art being redone for high resolution displays unlike the original low resolution PC version. Even the interface looks great and I had no trouble with the touchscreen handheld on both Nintendo Switch and Nintendo Switch Lite.

While the story and art are obviously standouts here, the soundtrack and audio design in general in the games is superlative. The soundtrack by Mellok’n, Gao, Takaki Moriya, Yusuke Tsutsumi, and Razuna Aikawa is astonishingly good. It has a combination of vocal songs, a lot of piano-focussed tunes, haunting melodies, ethereal moments, and more. It is the closest a video game soundtrack has come to the haunting quality of Ulver’s Shadows of the Sun which is one of my favourite albums of all time. When I first played The House in Fata Morgana, I understood why Limited Run Games offered a collector’s edition with a 6CD soundtrack for this release. The complete soundtrack is worth owning.

The only oddity I noticed in my time with The House in Fata Morgana on Nintendo Switch is in how the game when docked, boots up and unpairs my Nintendo Switch Pro Controller. It takes a second to rectify this by pressing any button like you would to get a controller synced when a game is searching for one, but this is definitely a small issue I hope gets fixed in a patch.

Overall, there isn’t anything here you’re missing if you own and played The House in Fata Morgana on PS4 or PS Vita but the Nintendo Switch version combines the advantages of both of those platforms for me making it the best version of this story. On PS4 and PS Vita, there was no cross save despite one digital purchase giving you the game on both systems. On Nintendo Switch, the hybrid nature of the console already lends itself perfectly to visual novels and The House in Fata Morgana: Dreams of the Revenants Edition takes good advantage of the system with support for touchscreen when handheld and also cloud save backup for those who own more than one Nintendo Switch system. If you enjoy great storytelling, you owe it to yourself to play The House in Fata Morgana.