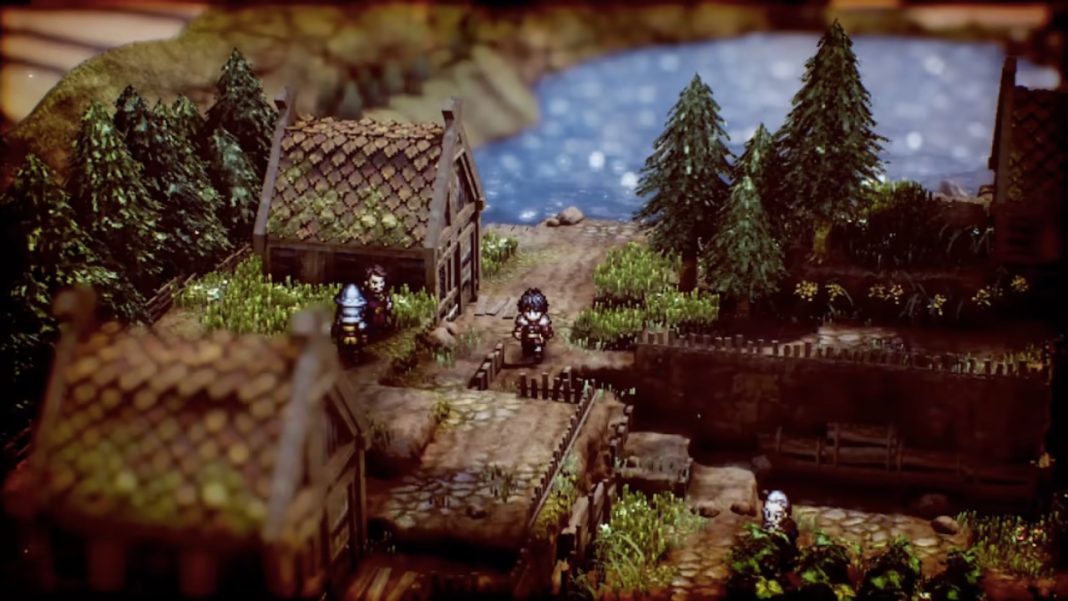 Square Enix’s Octopath Traveler remains one of the best games I’ve played in years on any platform. I was blown away by the visuals, music, and even enjoyed the individual stories across the 150 hours I spent in it on Nintendo Switch. I wasn’t sure if we would ever get something that managed to do so many things right for me in the near future. When Triangle Strategy was announced, I was a bit skeptical of it despite my love for the genre because I just didn’t believe the magic of Octopath Traveler could be replicated with how that game continued to impress me.

Fast forward to the game’s full release earlier this month, and I’ve been constantly blown away by so much of Triangle Strategy including its brilliant soundtrack. I tried a little bit of the new demo, but decided to wait until I could play the full game to properly experience everything Triangle Strategy has to offer across a few of its endings. What has surprised me the most in my playthroughs so far, is how much emphasis is on the story and characters here versus just being focused on battles with minimal story. This really is like an Utawarerumono game in its ratio of non-combat to combat portions and I’ve adored trying to see everything in the time I’ve put into Triangle Strategy over the last few weeks.

If you’ve not followed Triangle Strategy at all, it is a tactical RPG like Final Fantasy Tactics and Tactics Ogre developed by Team Asano (Octopath Traveler), Artdink, and Square Enix using the Octopath Traveler aesthetic the team calls HD-2D. Just like how Bravely Default felt like a breath of fresh air back on Nintendo 3DS in a time when many developers were abandoning turn-based JRPGs, Triangle Strategy feels like the shot in the arm the tactical RPG genre needed with its quality and addictive gameplay. It feels like the Fire Emblem games are the only ones that matter in the genre from Japan right now with Atlus yet to announce a new Devil Survivor game.

Team Asano’s game names are usually weird, but they almost always relate to the gameplay and structure. Triangle Strategy is no different. It is set on Norzelia and takes place decades after the Saltiron war between Glenbrook, Aesfrost, and Hyzante. The trio were at war over the necessary resources of salt and iron. You play as Serenoa Wolffort who is a noble in House Wolffort. A lot of the opening hours in Triangle Strategy focus on a handful of characters like Serenoa, his childhood friend, his new fiancee, and more with new seemingly important characters regularly sprinkled in as the early chapters progress. Serenoa’s decisions during the story affect his Morality, Utility, and Liberty. These three convictions decide what characters you can recruit and what endings you will get.

Despite you having to make many decisions through the multiple chapters in Triangle Strategy across branching and converging paths, not all of them are make or break moments for your current playthrough. The illusion of choice is definitely at play here, but I feel like Triangle Strategy’s narrative and character development managed to make every little choice seem important. I also appreciate how easy it is to go through another ending after you finish a single playthrough. Barring the cut-scenes, you get exploration segments and events where you can freely move and interact with characters in a specific location, or grab treasure and a specific puzzle-like section later on. You can skip a lot of the cut-scenes if you want right from the start, but you would be doing a disservice to yourself while playing this.

Combat is obviously the big draw for a lot of people here, and it delivers in spades. You have access to massive tactical battles that go on for a long time in certain situations, but never overstay their welcome. The first demo for the game that released without taking player feedback into account had me a bit worried about the battles being too long, but they feel great in the final game across the various characters, terrain, upgrade options, and most importantly battle music. To make the game more accessible, you can adjust difficulty for battles and even go for a very easy mode if you just want to experience the story here. You might even end up using this when you get stuck in specific battles later on or during subsequent playthroughs.

Visually, Triangle Strategy is gorgeous for the most part. I love the different indoor and outdoor locations, but I am disappointed that the team couldn’t get it to run at a slightly higher resolution. When played handheld, this is less noticeable just like Octopath Traveler, but Triangle Strategy looks noticeably lower resolution than you’d expect when played docked. The art style mostly makes up for this, but if you’ve played Octopath Traveler on PC or Xbox, you will immediately be able to tell the drop in image quality on Switch. Barring the resolution, the animations and effects in Triangle Strategy are amazing. I think this is Team Asano’s best work yet visually. The only downside is some minor performance issues in certain maps and slightly long load times.

One aspect of the visuals I wanted to highlight is how players have options to disable the depth of field or dark border. This is a nice addition since some people don’t like the heavy post-processing. I experimented a lot with Octopath Traveler’s visuals on PC but still like the use of depth of field and other post-processing that add to the atmosphere created. Triangle Strategy’s aesthetic and the use of color in effects look really good on the OLED display as well on the new Nintendo Switch.

During the game’s reveal, the lack of composer Yasunori Nishiki for the soundtrack was definitely disappointing given that score is one my favorites of all time. I definitely feel stupid for not actually looking into composer Akira Senju’s works back then because he has done some fantastic music in Fullmetal Alchemist Brotherhood, and absolutely blew me away with the full Triangle Strategy soundtrack. It is full of memorable battle themes including one of the best final battle tunes in a long time. Even the main theme for the game is superb.

Barring the music, Triangle Strategy’s audio design mostly great. The English voice acting felt a bit inconsistent initially though. I usually replay a game’s initial hours with English and Japanese voices to decide what to stick with and ended up going with Japanese voices for my first run through the game. On my second playthrough, I used English. Across both languages, Triangle Strategy has a surprisingly large amount of voiced lines. The sound effects during cut-scenes and effects in battle are also well done.

Given the success the game has seen already, I’m hopeful that some of the smaller issues can be addressed in potential future updates that would hopefully improve the responsiveness in some parts. I know the complaints I have with some parts of the English voice track will not be addressed. Another thing I would’ve liked is seeing the gorgeous character portraits during dialogue. This likely will not be feasible since not all the characters have full portraits, but the main characters would’ve benefited from that early on when you’re just getting used to them.

I’ve played and enjoyed games in the genre with a bigger focus on the story than combat like the Utawarerumono games, but Triangle Strategy felt like it had a lot more of the non-combat sections than I expected. This wasn’t a problem for me because the story is excellent, but those who are looking for a combat focus will be let down. As it stands, Triangle Strategy is one of the best tactical RPGs, and an absolute essential for every Nintendo Switch owner. It has gorgeous art, amazing music, and memorable characters that come together for an unforgettable experience told through multiple endings. If you are new to the genre, it even has difficulty options that make it more accessible and great tutorials to get even newcomers into tactical RPGs.