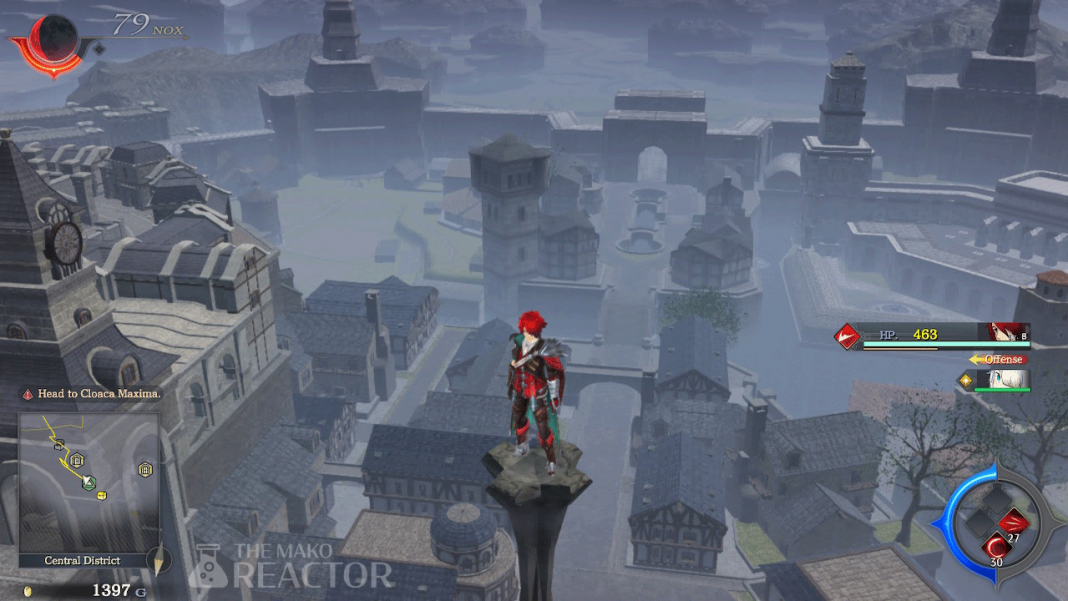 Having played Ys IX: Monstrum Nox’s original Japanese release on PS4 and then the patched release when the Western release was close for review, I was very curious about the Nintendo Switch version. For those unaware, Ys VIII: Lacrimosa of Dana on Nintendo Switch was actually ported by NIS in Japan while Ys IX: Monstrum Nox has been ported by Engine Software (Trails of Cold Steel III, No More Heroes, and more). Ys IX had a ton of technical issues on base PS4 and wasn’t perfect on PS4 Pro either with both performance and visual issues in some parts. Having now played Ys IX on Nintendo Switch, it is much better than I expected in some areas but worse in others. Here’s what you need to know about Ys IX on Nintendo Switch.

In a lot of ways, Ys IX builds on the base laid by Ys VIII to deliver a better experience when it comes to gameplay and story but a worse one technically. Ys IX is set in Balduq, the prison city. It is a very dull setting but a very open location full of secrets and one that pushes you to explore. This is complemented by the gifts bestowed upon adol by the Monstrum. These range from running up walls to being able to warp across points on the map and even gliding. As Adol, you learn new abilities as chapters go by and these help you during dungeons and exploration. Overall, Ys IX’s structure and traversal make it the most ambitious Falcom game yet.

In terms of content, Ys IX on Switch is based on the PS4 release. It includes everything from that version including dual audio and support for both English and French subtitles right from the get go. Unlike Ys VIII that shipped with a lot of DLC for free, Ys IX is only the base game unless you opt for the deluxe edition or the launch edition digitally.

Visually, Ys IX is a mixed bag on Nintendo Switch. Given how it doesn’t look great even on PS4 Pro, this wasn’t unexpected but it really is a noticeable step back in the more open areas of Balduq and the fields. Expect a lot of popin for foliage, NPCs, and items in the environment when you zip around Balduq looking for chests, finishing quests, and taking on enemies spawning around through black pillars of miasma. The indoor locations and in-engine cut-scenes look good but there are issues in the larger areas and in certain combat situations. Thankfully, there doesn’t seem to be as much of a variance in resolution like Ys VIII that really dropped super low in handheld mode.

On the performance side of things, Ys IX on Nintendo Switch targets 30fps while it targets 60fps on PlayStation systems. On base PS4, it struggles to hit 60fps outside combat and even PS4 Pro drops frames in Balduq. Only PS5 manages to run at a near locked 60fps with very few noticeable drops alongside a massive boost to 4K as opposed to 1080p on PS4 and PS4 Pro. Ys IX’s biggest performance issues on Nintendo Switch are in Balduq and in any large open area. Dungeons are mostly fine but there are some combat encounters where a lot of particle effects and skills cause the frame rate to drop. One nice touch is that the interface for the map and menus are 60fps. One thing to note is saving in Ys IX on Switch is a lot quicker than PS4 since it doesn’t have those system popup windows and alerts that the PS4 version has.

If you enjoyed Ys VIII on Nintendo Switch, you will likely not have any trouble and enjoy Ys IX. I think Ys IX is a better port overall given the base game that Engine Software had to work with. This game itself definitely needed more time in the oven before shipping on PS4 in Japan. One thing to note is that while there are drops during certain combat encounters, it never becomes unplayable like Disgaea 6 does in some parts. Load times are also better than I expected on Nintendo Switch.

When I reviewed Ys IX on PS4 Pro, I mentioned the technical issues and the pacing for the opening chapters as being my biggest complaints. On Nintendo Switch, the technical issues are more pronounced in every way. Despite that, it has been a blast to replay Ys IX yet again. It is one of my favourite action RPGs ever and I’m glad that it now has a portable version. I just hope future updates can address some of the larger performance and visual issues.

Even half a year later, Ys IX remains one of the best action RPGs this year. If you’ve never played an Ys game before, I’d recommend getting Ys VIII first. If you played Ys VIII and enjoyed it, you absolutely need to get Ys IX. It might not be as consistent but it has higher highs that are absolutely worth powering through the lower lows for. Ys IX also remains a strong contender for the soundtrack of the year. If you absolutely want to play Ys IX only on a portable, the Nintendo Switch version is worth getting. If portability isn’t as important to you, get it on any other platform you have access to with PC and PS5 being the best way to experience Falcom’s most ambitious game yet.