The Mako Reactor
Home Features Yakuza: Like a Dragon Demo Impressions – The Yakuza JRPG We Always... 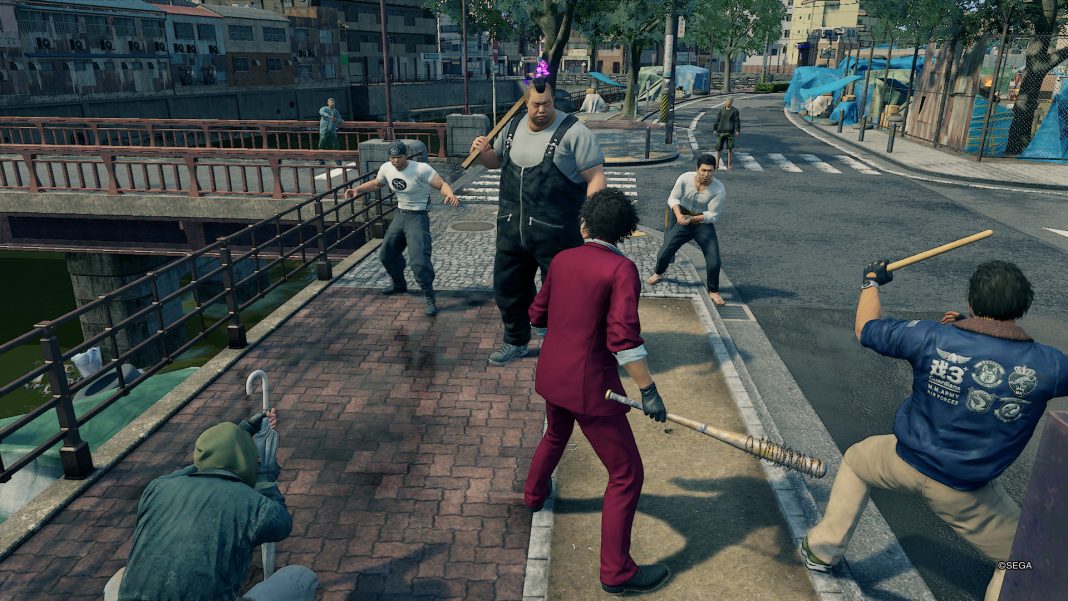 When Yakuza: Like a Dragon was revealed in Japan as Yakuza 7, a lot of people were concerned about the combat. Unlike earlier mainline Yakuza games and even spin-offs like Judgment, Yakuza: Like a Dragon features a traditional turn-based combat system as opposed to a brawler-style action-oriented combat system. Yakuza games have always felt like a JRPG in structure with how battles take place and the plethora of quests and mini-games available. This latest entry just happens to push things all the way to be a no holds barred JRPG with traditional turn-based combat.

Yakuza: Like a Dragon also features Ichiban Kasuga as the new face of the series since Kazuma Kiryu’s story was completed in Yakuza 6: The Song of Life on PS4. Ichiban has been a mainstay in the mobile game Yakuza Online that is available in Japan on iOS and Android. This week, a PS4 demo for Yakuza: Like a Dragon (Yakuza 7 in Japan) was released on PSN in Japan and I’ve been playing it over the last few days to get a feel of the new combat system.

Yakuza: Like a Dragon uses the Dragon Engine introduced in Yakuza 6: The Song of Life. The engine has improved a lot over the course of Yakuza Kiwami 2 and more recently Judgment from Ryu Ga Gotoku Studio. Improvements carry over into Yakuza: Like a Dragon with the demo feeling quite polished even a build that arrives two months before the game ships in Japan.

The Yakuza: Like a Dragon demo lets you play through a few substories and main story missions. The demo features a bit more content than the TGS 2019 showcase for the game. This lets you play as Ichiban Kasuga, explore the new area, and even gain an additional party member. One thing to keep in mind is that you can’t save in the demo since no save data transfers to the full game.

Right from the get go, the tutorial combat encounter introduces you to the new turn-based combat system in Yakuza: Like a Dragon. Just like Persona 5 and Trails of Cold Steel III, you use the face buttons to select one of four options. Triangle lets you use a skill, Square lets you use an item, X lets you attack, and O lets you pass the turn.

Skills are split up into attack skills, recovery skills, and buffing or auxiliary skills. Skills use up MP. Unlike many turn-based games, you only get to see the currently active member and the character who has the next turn. You don’t actually get to see a full timeline of which party member will follow a few turns later. Attack skills vary by party member with Ichiban getting access to various strong attacks with the baseball bat he gets early on and other party members being able to do wacky things like throw pigeon food on enemies for them to be attacked by random pigeons or even blow fire through what looks like a bottle of alcohol.

Through combat, you level up not only characters but also job ranks. The demo lets you change jobs right from the get go and each new job has its own set of skills and quirks. The team has definitely done a lot for the animations because of how varied they are for skills. One of the jobs lets you use champagne on enemies to de-buff them. This is a very nice change of pace from switching styles during action combat.

There are two main issues with the combat in its current state though. While the animations are great, some of them take way too long because of positioning and how the environment makes characters move around. Many JRPGs let you skip or speed up animations. I didn’t see any option to do that here. This will make even the smallest of battles take much longer than the low level enemies do in previous Yakuza games. Hopefully the full game lets you skip animations or speed them up.

The portion of the map available in the demo gives you access to quite a few combat encounters, mini-games, and restaurants. Restaurants in the demo heal and restore your MP for the whole party thanks to some expensive meals. There is also one free heal available on the map that is useful if you want to avoid using items. Right now karaoke only has one song which is Machine Gun Kiss. There’s a movie mini-game that looks like a whack-a-mole like situation where you have to try and stay awake during a movie by pressing buttons displayed on sheep near you. The final mini-game I tried was Ichiban driving a bike collecting trash all over the city. There’s also an arcade but the cabinets are not accessible in the demo.

Overall, the four to five hours I’ve put into the demo to try various things has been great. There are some technical issues like visual pop-in and some low quality textures on vehicles, but this is definitely a lot better than I expected. It still feels like a modern Yakuza game despite the drastic change to combat. Hopefully the English release date isn’t too far behind the Japanese one that will happen in January 2020.