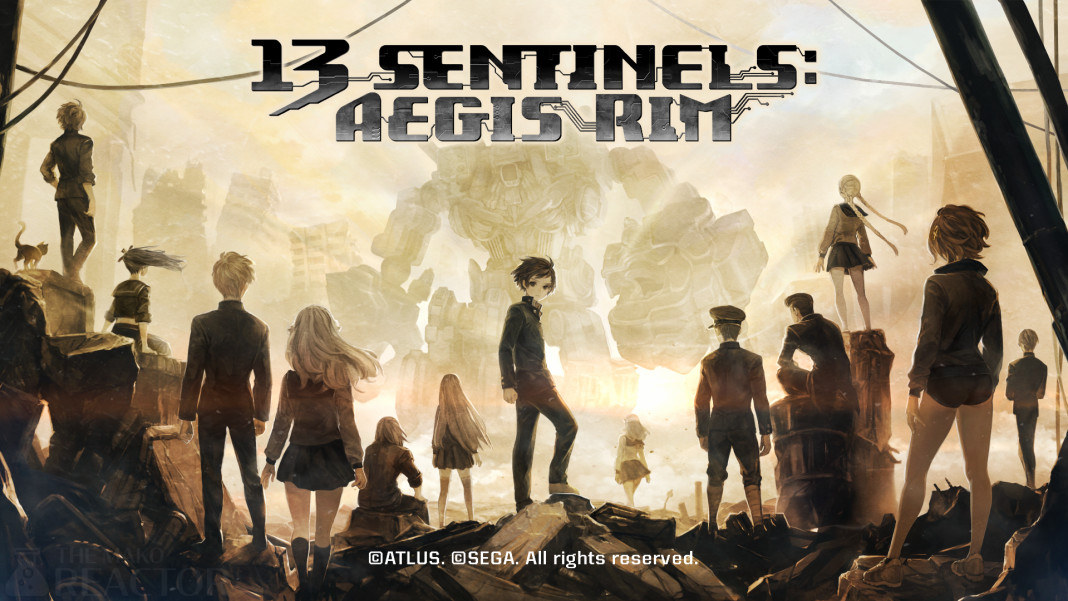 When 13 Sentinels: Aegis Rim was announced for Nintendo Switch, I had a few things on my wishlist for the port. The first was for it to look and feel great in handheld mode. Having games run and look fine docked but suffer in handheld mode is a waste for a Switch port, so having 13 Sentinels: Aegis Rim feel excellent in handheld mode is awesome to see. The other wish was for touchscreen support which sadly is not included in this port. The adventure portions of the game would’ve benefited from having touchscreen support like other games in the genre, so I’m disappointed that Atlus and Vanillaware have not implemented it yet. Hopefully it can be considered for a future patch.

When you play the non-combat portions, the main difference is the resolution when played docked. 13 Sentinels: Aegis Rim’s PS4 version runs at a higher resolution than the Nintendo Switch version docked. There are a few assets that are lower quality, but I had to zoom into the screenshots to really compare which should give you a good idea of how good this port is on the Switch. You will not notice much if you haven’t played the PS4 version. The real draw for this version is obviously handheld play, and 13 Sentinels shines on the OLED and Nintendo Switch Lite. It definitely feels perfect on the go, barring the disappointing lack of touchscreen support.

In the combat parts that I’m allowed to talk about for this preview, I noticed the buildings in the environment are lower fidelity across the board as shown in the comparison above. Even some of the effects seem a bit lower quality alongside some post-processing compared to the PS4 version like depth of field. Overall, I’m very pleased with this conversion so far. When it comes to load times, while the PS4 version had instant loading when I played it, the Nintendo Switch port so far is no slouch. There is a slight delay in loading certain things compared to the PS4 version, but 13 Sentinels: Aegis Rim is super responsive and quick when you want to launch it and get into your save after playing something else or when you turn your console on. It definitely has been optimized well here.

As of now, I’m most curious to see how the Switch handles the combat scenarios in the later parts of the game since even the PS4 Pro struggled with a few situations. I’ll have a full 13 Sentinels: Aegis Rim Switch review closer to release. Until then, I’m very impressed with how Vanillaware and Atlus have brought over the game to Nintendo’s hybrid system. After beginning the year with a great Pokemon game and more recently Triangle Strategy, the Nintendo Switch is set for an amazing next few months with 13 Sentinels: Aegis Rim arriving very soon, Fire Emblem: Three Hopes in June, and Xenoblade Chronicles 3 this September.