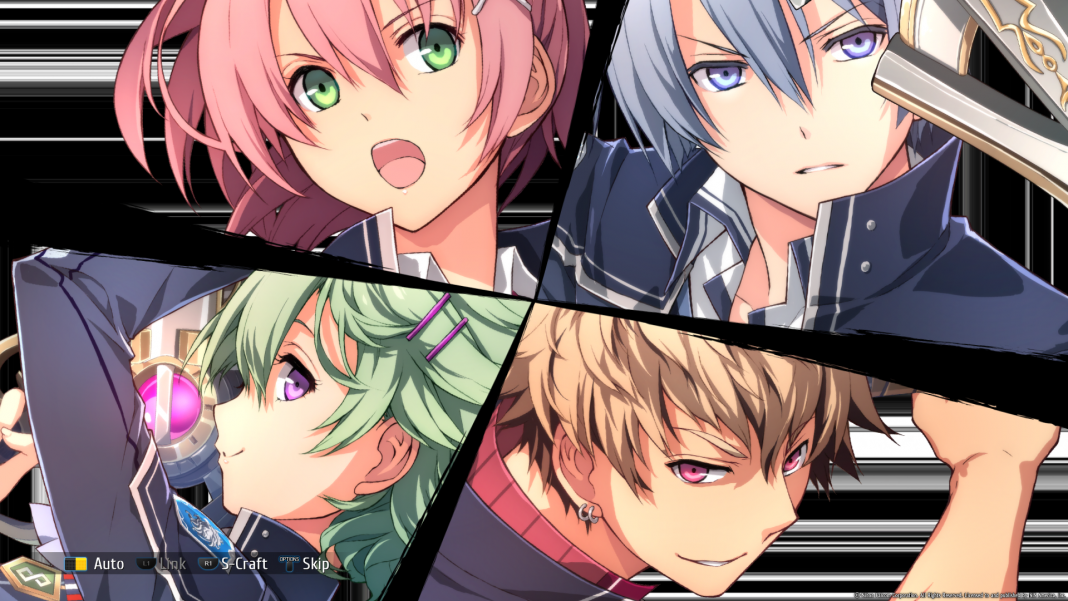 The Legend of Heroes: Trails of Cold Steel III from NIS America and Nihon Falcom debuted in the West on PS4 last year before it arrived on PC in March. The massive JRPG is now on Nintendo Switch and I’ve been revisiting the game on PS4 Pro and PC alongside my time spent with the Nintendo Switch version. Trails of Cold Steel III is a fantastic JRPG and one that is more than worth your time on any platform. This guide will help you decide which platform to buy it on and highlight the differences across all three versions of the game.

The biggest differentiator between PS4 and Nintendo Switch lies in the graphics. While the resolution for Trails of Cold Steel III is 720p on Nintendo Switch both handheld and docked, there are a few more differences when compared to PS4 and PS4 Pro. Shadow and texture quality is a lot better on PS4 platforms. Nintendo Switch also has shimmering while the PS4 versions hide this well with their higher resolution, draw distance, and post-processing.

The Nintendo Switch version lacks anti-aliasing when played handheld and has it when docked. Docked also offers improved shadow quality in some situations. Other than those two things, I didn’t notice any major differences for Trails of Cold Steel III docked and handheld. PS4 and PS4 Pro are much better than Nintendo Switch in every way for graphics.

When played docked, the drop to 720p from PS4’s 1080p and PS4 Pro’s 4K is even more apparent when you see all the interface elements rendered at the same low resolution. This matters when portraits and other 2D elements during special attacks appear blurry when they should’ve been crisp despite the 3D gameplay being lower resolution.

While Trails of Cold Steel III isn’t pushing big budget visuals like AAA games, the massive step up in image quality on PS4 Pro helps a lot here. This extends to the PC version as well with support for much higher resolutions and post-processing assuming your hardware can handle it.

Trails of Cold Steel III targets 60fps on PS4 and PS4 Pro, 30fps on Nintendo Switch in both docked and handheld modes, and supports variable frame rates on PC with no animation issues like some other PC ports. On PS4 and PS4 Pro, barring one area later on, the game holds the 60fps frame rate perfectly. On Nintendo Switch, the 30fps target is held well. Since the PC port doesn’t have any problems with animations tied to frame rate or any other issues, it is the clear winner for frame rate with support for unlimited frame rates (up to whatever your display supports).

Barring the actual frame rate, performance is also worth considering. The Nintendo Switch has some situations where the load times are better than PS4 like the opening moments. Some other situations in-game see the PS4 pull ahead of Nintendo’s hybrid system like certain combat encounters. A PC on an SSD is obviously the best performing of the three for load times.

Trails of Cold Steel III has no touchscreen functionality on Nintendo Switch. On PS4 it uses the touch bar on the DualShock 4 controller for certain options. The PC version supports keyboard and mouse controls in addition to controllers.

Barring those, the only real difference for gameplay is in the turbo mode implementation. PS4 and Nintendo Switch use the same turbo implementation which is pressing a button to toggle it on or off. On PC, the turbo mode can be customised with different multiplication factors for speed but it needs a button to be held instead of pressed like the consoles.

The PC version has a few other nifty features like being able to launch the game right from your last save directly saving time. You can also disable some of the opening videos and logos to save even more time.

If you already own prior versions of the game, the only reason to buy Trails of Cold Steel III on Nintendo Switch is if you want to play it in handheld mode. Barring that, it offers no real advantage. The PS4 and PS4 Pro versions look fantastic and run brilliantly. The PC version is the most scalable with support for even integrated GPUs and much higher frame rates and resolutions than PS4 Pro.

When it comes to graphics and frame rate, the PC version is easily the winner even on lower end hardware. The PC version also wins on pricing compared to both consoles in many regions. If you don’t play on PC, the PS4 version is definitely the way to go. It even downsamples from 4K if you play on a 1080p display connected to your PS4 Pro.

If you want to continue to experience Trails of Cold Steel on a portable and played the first two on PS Vita, the handheld experience on Nintendo Switch for this release is very good. It only really falters when played docked. Unlike Ys VIII that suffered on Nintendo Switch and initially on PC, NIS America has ensured that Trails of Cold Steel III’s release is smooth on all platforms.