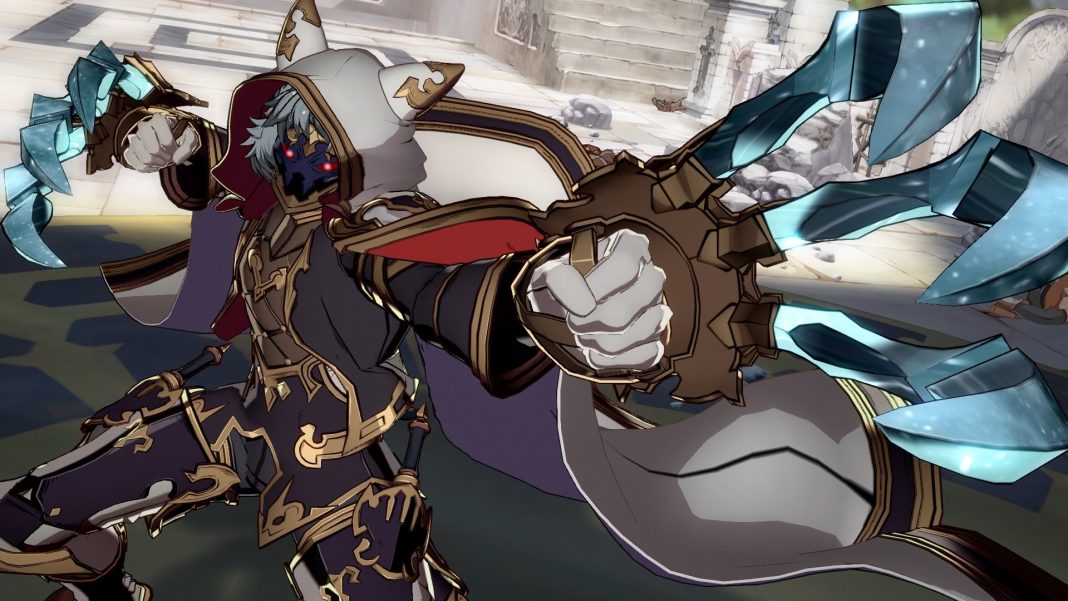 Seox has been added as a playable character.

*The above content is available with purchase of “GBVS Character Pass 2” or “GBVS Additional Character Set (Seox).”

His rushdown attack, Six-Claw Execution, has multiple follow-up attacks that include Archdemon Kick, Wolf’s Howl, Snake Bite, and Shadow Trace. By combining these attacks in close-range combat, foes will have a hard time pinning him down. He also has other rushdown skills such as Empty Hand, an attack from the air, and Gate of Demons, a versatile projectile attack. On top of these and Six-Claw Execution, he has an abundance of options to close the distance.

Seox also has a defensive skill, Thunderflash, that can block foes’ attacks and counter with an attack or movement. This counter skill can be useful in the mid to close-range. His Skybound Art, Six-Ruin’s Enlightenment, produces afterimages of Seox and can put overwhelming pressure on his foes.

Close the gap on foes with Empty Hand or Gate of Demons and initiate Six-Claw Execution to delivery an overwhelming flurry of attacks.

*Honoikazuchi-no-Okami is Seox’s default weapon skin. The other weapon skins can be obtained through RPG Mode.

The following new stages have been added
– Celestial View
– Abyss

The following new music track has been added
– Illuminated World (VS Seox). This track is only selectable if Seox is available as a playable character

Fixed an issue where certain characters’ colors were not displaying properly
– Ladiva. Fixed the out wear’s color for Colors 03-06
– Cagliostro. Fixed the Ouroboros color for all Colors except Color 01

Ruin Unto the Self
Location: The Grandcypher
Unlock Requirement: Clear “Stalking Shadows” (Normal)
*Seox must be available as a playable character to start the quest.

The following character can now be selected as the Quest Character and the Partner.
– Seox

*Seox must be available as a playable character in order to be selected.

The following new treasure has been added.
– Seox’s Medal

*This item can now be obtained through specific quest episodes on HARD difficulty.

Color variants for Seox have been added to Siero’s Shop.

Seox may now appear as a foe.

Missions related to Seox have been added.

*Seox must be available as a playable character in order to be selected.

The following new track has been added to the Battle Music section.
– Illuminated World (VS Seox)

The following lobby avatar has been added.
– Seox

*Seox’s avatar will only be available if he’s playable.

A temporary limit to matchmaking has been implemented for players who disconnect during a match.

Reduced the processing load for lobbies.