While the PS5 is the centre of attention internationally, Sony India will be releasing a new PS4 bundle for India soon. Officially dubbed as the PS4 1TB Mega Pack its headline addition is 2018’s spectacular Spider-Man. Other games included are Ratchet and Clank and Gran Turismo Sport along with three months of PS Plus. The PS4 Spider-Man Mega Pack India price is Rs. 27,990 and has a release date of August 16 onwards across India. Expect the likes of Amazon and Flipkart to have it listed around that time.

So far, no new PS4 Pro bundles have been revealed. Sony has also told retailers that its pricing promotion on the PS4 Slim and PS4 Pro which have them at Rs. 27,990 and Rs. 36,990 respectively is slated to end on September 30 of this year. Considering it first ended in February and then resumed in April with an end date of June 1 we won’t be surprised to see the PS4 Slim and PS4 Pro India prices drop even further with the PS5 inching towards release. 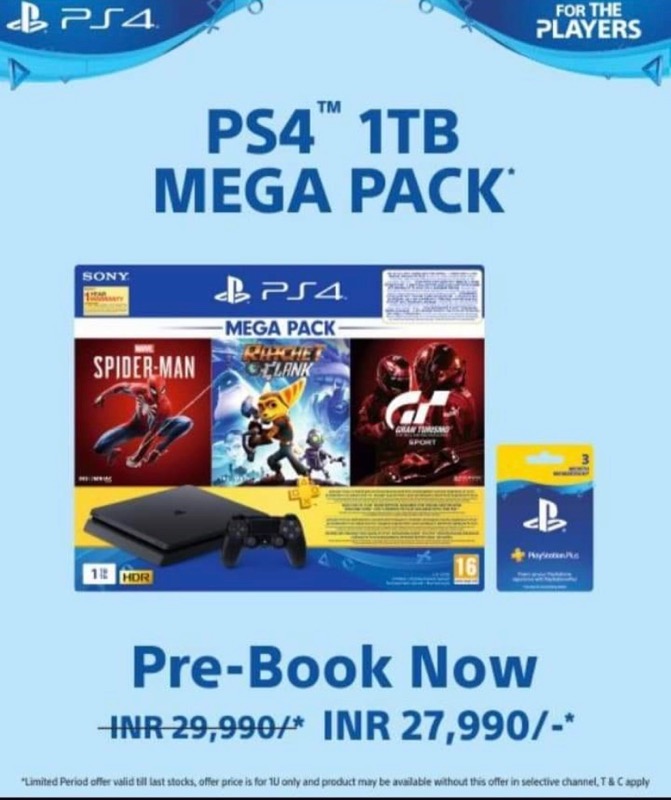 As of August 2020, the PS4 install base in India sits at around 450,000 versus the Xbox One’s 55,000 as per industry, retail, and supply chain estimates.  With the difference between the two being what it is, Sony’s essentially competing with itself. As for Nintendo? Well, the Nintendo Switch isn’t available officially in India just yet, though it’s been gaining traction through grey and parallel imports. Although the ongoing coronavirus pandemic has seen a decline in sales for the Kyoto-based company’s hybrid console in India.