The Mako Reactor
Home Reviews How Does Dragon Quest Builders 2 Play On A Budget Laptop? 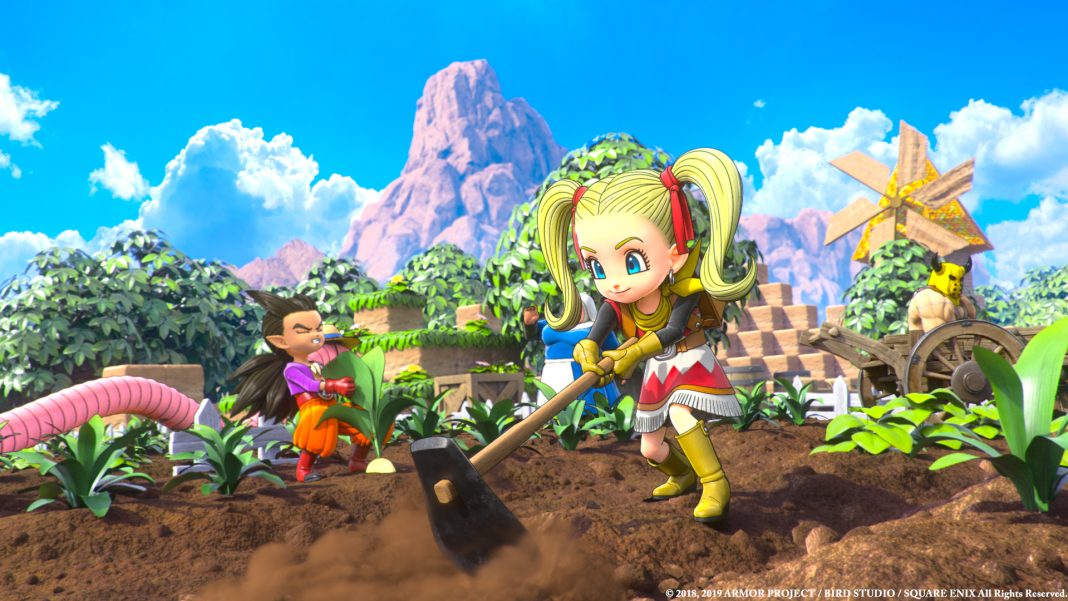 Square Enix finally localised Dragon Quest Builders 2 for PS4 and Nintendo Switch back in July 2019 and the game on PS4 at least, was really good at launch. It blended some of the best elements of Dragon Quest, Minecraft, and even other simulation games like Story of Seasons for an unforgettable experience. We featured it as one of our best games of 2019 and it is an essential if you own a PS4. The Switch version on the other hand, isn’t great and hasn’t been fixed even months after launch when it comes to performance.

I’ve been playing Dragon Quest Builders 2 on a laptop with an Intel i7-4750HQ at 2.00 GHz, 8GB RAM, and a GTX 950M with 4GB VRAM over the last few weeks and the port is much better than expected but still not perfect.

Since the game is available on PS4 (without any PS4 Pro support) and Nintendo Switch, the requirements aren’t high at all. Here’s what you need with some of the expected performance notes from Square Enix.

Unlike the PS4 and Nintendo Switch versions of the game that were both full priced ($59.99 or Rs. 2,999 on PS4 in India) at launch with a season pass available, Dragon Quest Builders 2 on PC comes with all DLC included right from the get go. The price on Steam in India is Rs. 3,600 which is much higher than the recommended regional pricing for the region but still lower than what it would cost you on PS4 to get the game and the season pass. The season pass itself is Rs. 1,748 on PSN. This includes the Modernist Pack, Hotto Stuff Pack, other DLC, and the season pass exclusive bonus content.

The port isn’t capped at 1080p like some of the worse Japanese ports on the platform and it can go higher depending on your setup. The frame rate on the other hand has a cap of 60fps with no support for higher refresh rates. You can play at 30fps or 60fps caps. The rest of the graphics settings involve toggles for anti-aliasing and texture filtering, and three options for texture quality, shadow quality, shadow distance, and LOD distance. You can also toggle bloom on or off here. For display settings, you can adjust the resolution and play fullscreen, borderless windowed, or windowed.

While the actual graphics settings aren’t as detailed as they should be, the port is decently optimised. On the aforementioned laptop, I could run the game at 1080p and hit about 40fps with most settings at medium. Turning everything to the highest option resulted in about 20fps overall which is not ideal at all. Capping the frame rate to 30fps and playing at 1080p with a mix of medium and high settings is a much better option.

There are no options to prioritise for frame rate or resolution since the game doesn’t support dynamic resolution scaling to hit a constant frame rate like some of the newer ports on consoles and PC. The good thing about the PC port is you can always tweak your settings to hit a constant 60fps which isn’t even possible on PS4 Pro with it dropping frames in certain areas there. Either way, both of these versions are much better than the Nintendo Switch version.

On PS4, Khrumbul-dun was an area where the performance was noticeably stuttery in some areas when compared to other parts of the game. On PC, this area ran exactly the same as Furrowfield Island which is the first main island in the game. The port overall isn’t amazing, but it is much better than expected and scales relatively well even on low end hardware on PC.

In most cases, Japanese games ported to PC have bad keyboard and mouse support and are always better with a controller. While I would still recommend playing Dragon Quest Builders 2 with a controller on PC, the keyboard and mouse control options are very good. You can even use the mousewheel to scroll through items in the inventory bar at the bottom of the screen. Mouse movement for the camera is also implemented well.

Should you play Dragon Quest Builders 2 on PC?

If you only have a PC and no console, the answer is yes. If you already have a PS4, you’re better off trying the demo on both platforms to see which one runs better for you. If you’ve already played the game on PS4 or Nintendo Switch, there isn’t any exclusive content here but replaying the game at a constant frame rate with good visuals is definitely a good incentive for Nintendo Switch owners who also play on PC. Having the DLC included in the base purchase on PC is definitely a welcome addition.