The Mako Reactor
Home Reviews Dragon Quest XI S on Nintendo Switch Is One of the Most... 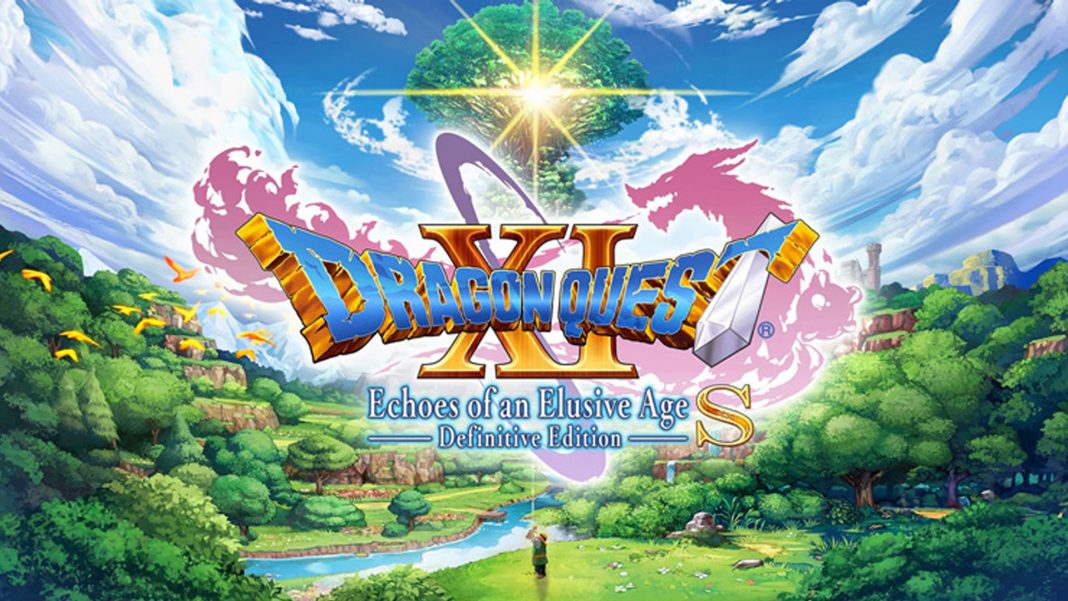 Dragon Quest XI: Echoes of an Elusive Age is one of the best Japanese role-playing games (JRPGs) this generation. I loved my time with it on PS4 when it released last year and ended up spending over a 100 hours in it and still haven’t seen everything the game has to offer. Square Enix managed to create a gorgeous open-world JRPG using Unreal Engine 4 for PS4 and PC and the end result was almost perfect.

The PS4 Pro version has one problem that involves the grass where thanks to some upscaling, the grass often shimmers while you move. This is very noticeable in the first area of the game. The rest of the game looked and ran great on PS4 Pro and it is definitely one of the more impressive games on technical level to come out of Square Enix.

When Square Enix and Nintendo finally revealed the Nintendo Switch version, I was concerned about the technical side because the game runs at 900p 30fps on base PS4 and the Switch is a lot less powerful than that. Unreal Engine games on Nintendo Switch have been a mixed bag in terms of visuals and performance with games like Octopath Traveler and Hellblade faring quite well by hiding the lower resolutions. Nintendo used Unreal Engine in Yoshi’s Crafted World too which runs well but looks noticeably blurry in handheld mode. Dragon Quest XI S: Echoes of an Elusive Age – Definitive Edition is based on the PS4 version of the game and is running on Unreal Engine 4. Having spent a few hours with the demo and replaying the opening on PS4 Pro, it is very interesting to see what cutbacks had to be made on Nintendo Switch for this massive open world JRPG.

The shimmering I mentioned for PS4 Pro is more prevalent here. Instead of just occuring for the grass in fields, it also affects some of the trees and objects in the distance. One other cutback that isn’t much of a problem is the draw distance. The pop-in for PS4 is much more gradual and doesn’t feel as jarring as that on the Switch.

In terms of image quality, the Switch port looks good in a lot of ways thanks to how the art style of Dragon Quest XI scales with its anime-inspired aesthetic that looks and feels at home on the Switch versus the real-world look and feel certain games imbibe. The resolution is noticeably lower than base PS4 and is worth considering if you want to play in handheld mode. The docked experience while decent, trumps its handheld performance only if you value the added features over the huge boost to image quality and visuals in general available on PS4 Pro and PC.

Handheld is where this release makes the most sense. As with most big budget games on the Switch, the smaller screen can hide imperfections. This was true for God Eater 3 and is even true for Sword Art Online: Fatal Bullet which were recently ported to Switch. Dragon Quest XI S is noticeably sub native resolution on handheld with an interface that matches the native resolution on the Switch screen. The art scales well but the shimmering is still present. I got used to this after about half an hour of playing and was glad to at least have good performance. Since the PS4 and PS4 Pro versions run at 30fps, I was afraid of the Switch port’s performance but it is good to see Square Enix take the God Eater 3 route by ensuring performance is good. If you played Xenoblade Chronicles 2, this is noticeably higher resolution when handheld in almost every situation. Some of the menus in handheld mode have some poorly rendered fonts with bad kerning. This isn’t a problem for most menus in handheld but happens for some.

The only real downsides that I hope can be fixed post release are input lag and camera movement. The default speed for camera movement is painfully slow and almost motion sickness inducing. Turning it up all the way to 10 which is the maximum makes the game feel a lot better. Input lag isn’t a huge problem for combat and exploration but in a game where you interact with menus a fair bit, it gets annoying.

One of the standout features of this release is definitely the inclusion of the orchestral soundtrack. The PS4 and PC releases from last year only have a MIDI soundtrack while the Switch version features the seemingly full orchestral option. In terms of audio additions, the Switch version also has a Japanese voice track option while earlier releases only supported English voice acting.

Having access to a proper photo mode as opposed to the basic one in the PS4 and PC version is also fantastic. You get to change character poses and even make them face where you are point the camera. This is one of the better exclusive features in the Switch version. It is disappointing that the demo didn’t include the new 2D mode but it does have other exclusive features like the faster battle speed.

Overall, I’m quite impressed with this port based on the few hours I put into the demo. I can’t wait to play the full game and check out the new 2D mode that will be available in the full release. Given the scale of the game and how it runs and looks on the PS4, this is definitely one of the most ambitious Switch ports out there.

Re:Zero − Starting Life in Another World: The Prophecy of the Throne Release Date and New Characters Revealed for PS4, Nintendo Switch, and PC