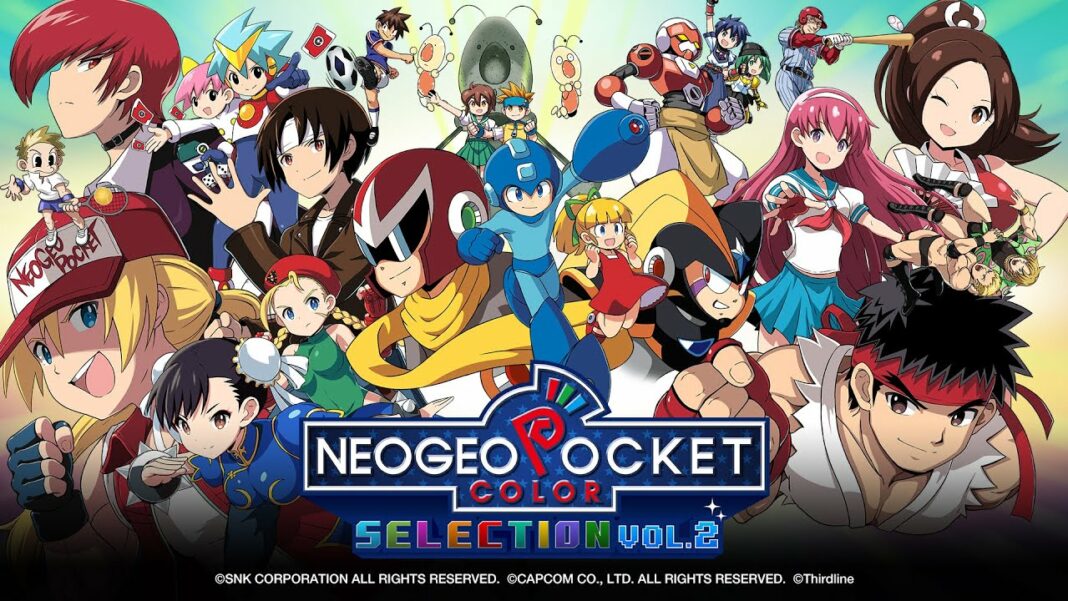 Unlike the first collection that had many fighting games, this one goes into deep cut territory with a two games I hadn’t even heard of until this collection was announced. In an ideal world, this collection would’ve meant SNK would localize the games that hadn’t seen English releases yet to make it more desirable to oldschool fans and also accessible to a larger audience. Sadly, this collection ships with three games only playable in Japanese making it harder to recommend.

Out of the games included, I adore SNK Vs. Capcom Card Fighters’ Clash and Big Bang Pro Wrestling. Having now experienced the other games on Nintendo Switch, I’ve enjoyed my time with Baseball Stars and Pocket Tennis quite a bit. These don’t do anything special, but they play and look nice. Out of the games not playable in English, I liked Mega Man Battle & Fighters enough to hope we do get an English language patch in the future. I didn’t enjoy much of Ganbare Neo Poke-Kun or The King of Fighters: Battle de Paradise since they had more text than I expected in Japanese. Puzzle Link 2 is a solid puzzler, but it isn’t something I’d buy standalone, so it is a nice inclusion in this set.

Neo Geo Pocket Color Selection Vol 2 has a new interface for selecting games. Barring that, the games have the same set of skins, the filter option, zoom options, and more. Neo Geo Pocket Color Selection Vol 2 also has full touchscreen support like the original collection. Code Mystics and SNK let you go through high resolution scans and versions of the game box, cartridge, and manual for the English and Japanese releases. You can pan and zoom around as well as usual.

Hopefully my Neo Geo Pocket Color Selection Vol 2 Switch review helped you decide if this new collection is worth your time and money right now over buying the available games individually or waiting for a physical release.