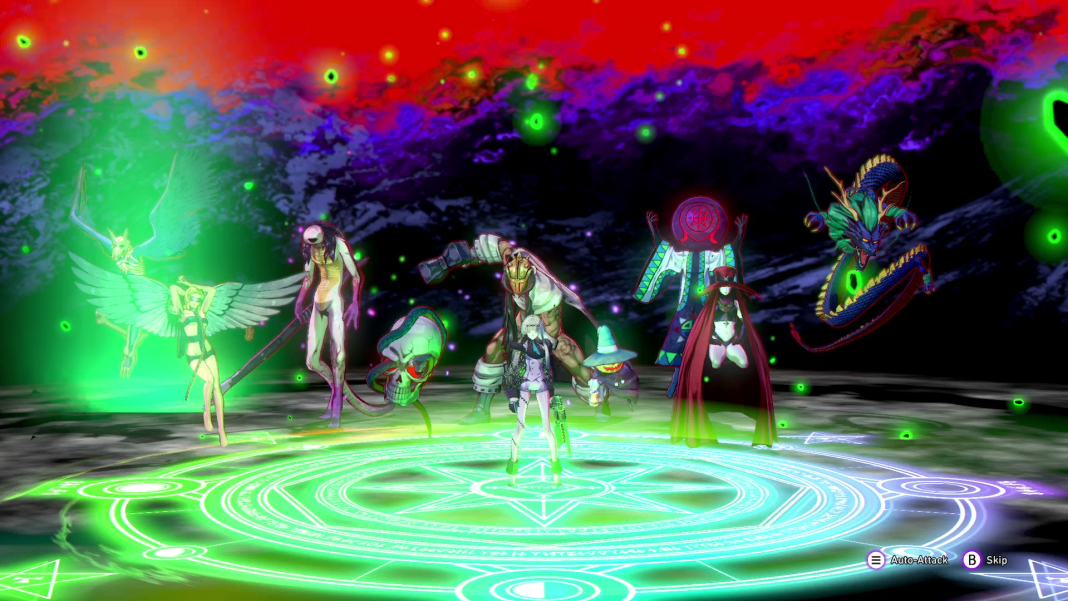 With Shin Megami Tensei V, we had Atlus‘ first global simultaneous release of a new game. Gone were the days of waiting months for a localization, and the next step for Atlus was clearly doing a global simultaneous launch of a new game on multiple platforms. This is where Soul Hackers 2 comes into the picture. Despite the number in the name, it is very much a JRPG that can be enjoyed on its own, and Atlus has released it worldwide on PS5, PS4, Xbox Series X|S, Xbox One, and PC at the same time. Hopefully future Atlus releases continue the trend of global releases on multiple platforms. When I played it for preview, I was optimistic to see where the story went, and Soul Hackers 2 is an essential for JRPG fans. For my Soul Hackers 2 review, I will also cover what specific Atlus series fans can look forward to in this new JRPG.

Right from the start, Soul Hackers 2 impresses with its characters. Ringo is an amazing protagonist, and the banter with Figue and other party members that slowly make their way into the group as the story progresses, is very nice. I’m surprised at how much I like this cast. It is too soon to say, but Soul Hackers 2 might have one of my favorite Atlus game casts ever. All of my favorite Atlus games usually have one or two annoying characters, but Soul Hackers 2 has managed to go above and beyond with its group. In addition to the the main characters, even the NPCs and antagonists are very well-written. The strong writing is of course elevated by the brilliant character designs. Without getting into spoilers, I love how well the developers have blended the story into the gameplay loop to never make it feel tacked on. Everything just fits like a glove.

If you haven’t played the original Soul Hackers, treat this as a brand new JRPG from Atlus that happens to pull from prior Atlus games in interesting ways. It definitely will not do enough to completely satiate anyone looking for an experience that matches a mainline Persona or even someone who wants something similar to Shin Megami Tensei V. It will however, work well for anyone who wants a dungeon-focused experience that happens to have some social elements and strong writing in general backed by an amazing cast. The social aspects aren’t the focus, but you cannot ignore them. Thankfully, the implementation is very well done, and I enjoyed the interactions in the bar with the cast. Tokyo Mirage Sessions gameplay fans will find a lot to love here for sure.

While it initially takes a bit to get into gear, Soul Hackers 2’s core loop is a lot of fun. I enjoyed spending time in most dungeons, taking a break to come back to the city facilities to upgrade and fuze, spend a bit of time with the group, and then back into the dungeon or main quest to progress the story. I also ended up doing a lot of side quests in my time with the game. It feels weird that the newest mainline Shin Megami Tensei game didn’t focus much on traditional dungeons, while Soul Hackers 2 ends up being more like older Atlus games in that regard. If you read my Shin Megami Tensei V review, I loved it, but I know some people were disappointed by the lack of traditional dungeons.

The light exploration in the city and dungeons definitely borrow from Tokyo Mirage Sessions when it comes to the structure. This is both good and bad. Seeing the nice demon models in combat made me disappointed that there are only generic enemy models walking around a dungeon until you get into a battle. I would’ve loved to see the demons walk around. This would’ve gone against the Demon Recon mechanic that has your own demons spread across dungeons though. This is another reason why Soul Hackers 2 feels like a traditional Atlus JRPG with a modern aesthetic.

The biggest gameplay highlights of Soul Hackers 2 are in the quality of life improvements over past Atlus games, and how it streamlines certain mechanics. While this is an accessible game with its mechanics, Soul Hackers 2 isn’t a cakewalk by any means. The demon negotiation change is likely going to be hit or miss. Instead of doing the back and forth that I grew to love years ago, Soul Hackers 2 has it very streamlined. Quality of life improvements like compendium summoning letting you choose base stats as an option, are also welcome.

As I mentioned in my preview, Soul Hackers 2 on PS5 has two visual modes. You can prioritize fidelity or performance. Having played on my 1440p monitor, Soul Hackers 2 looks brilliant barring some anti-aliasing issues in its current state. This also applies to the PC version I tested. Having PS5 Activity Cards support is also a nice bonus that I didn’t expect. There is no special DualSense feature implementation though.

Visually, Soul Hackers 2 is quite a stunning game in parts. The stylized aesthetic shines on a high resolution display on PS5, and the demon and character models are superb. The hubs you can move around in are especially lovely. A highlight of the visuals is definitely the cut-scene direction and the cut-scenes in Soul Hackers 2. These use great post-processing and are appropriately angled for the story moments. I ended up taking quite a few screenshots in cut-scenes but can’t share them until the embargo on cut-scenes lifts.

Music was the aspect of Soul Hackers 2 I was most curious about pre-release. The original Soul Hackers game and the releases it saw on different platforms all had memorable music. Soul Hackers 2’s soundtrack is mostly great. There are a lot of great and catchy instrumental tunes for battles and exploration, but the real standouts are the shop and hub themes alongside the opening of course. There is also one specific song later on that is brilliant, but I can’t get into it for spoiler reasons.

Soul Hackers 2 includes dual audio support, and while I spent most of my time with the English dub and enjoyed it, I’ve been replaying the game on PC with Japanese voice acting which is excellent. I can safely recommend both voice options for Soul Hackers 2. When it was initially revealed, I was afraid Soul Hackers 2 might be a sub-only release in the West, but the English voice acting exceeded my expectations, and it definitely feels like the localization and voice direction were given the care you see in big modern Atlus titles.

I don’t have access to any DLC on PS5, and only have access to the pre-order Persona 5 DLC on PC, so far. From my testing with the pre-order DLC for the digital version on Steam, the costume DLC is not worth it since you don’t see them while exploring or moving around the city. They are only visible in battles so far. You can use new background music from them, but I liked the Soul Hackers 2 battle music enough to not want to change it. I will likely be covering the DLC in a separate feature closer to or at launch once I have access to it.

My main problems with Soul Hackers 2 in its current state come down to the camera in dungeons and the lack of any animation skip or speed up option in combat. The camera issues are already fixed in the PC build I’ve played, and if the console versions get the same options in the day one patch that should go live soon, that will be sorted. Considering this is Atlus’ first global simultaneous release of a new multi-platform game, I hope the team takes feedback into account for updates and potential future ports.

If you enjoyed Tokyo Mirage Sessions’ gameplay, Soul Hackers 2 is perfect for you. It is very much a traditional Atlus JRPG in structure, but one with with a stylish and gorgeous coat of paint. While those expecting this to play like the original Soul Hackers will no doubt be disappointed, it went above and beyond what I wanted from a new Atlus JRPG in almost every way. I have no hesitation in calling Soul Hackers 2 one of the best JRPGs of the year. I can’t wait to play the story DLC and see where Atlus takes this series next.