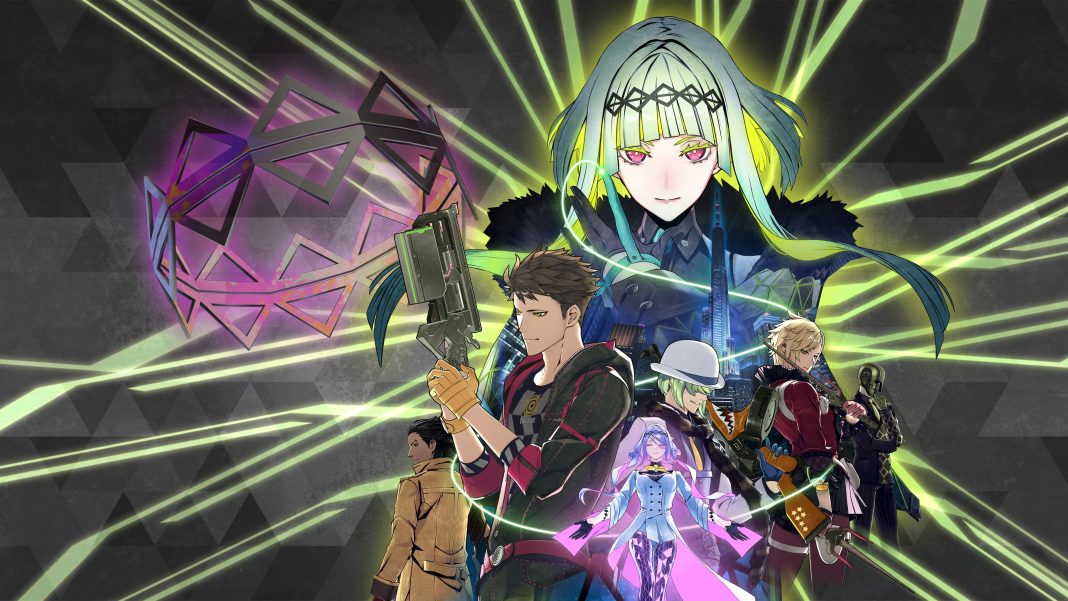 Soul Hackers 2 from Atlus is out now on PS5, PS4, Xbox Series X|S, Xbox One, and PC platforms. Alongside my full review of the PS5 version, I wanted to also cover the PC port on Windows and how it runs on Steam Deck. Considering Shin Megami Tensei III Nocturne HD Remaster is best on PC, I had high hopes for Soul Hackers 2. Before getting into my PC port and Steam Deck review, it is worth noting that this is a pre-release game played on hardware it hasn’t been tested for on Steam Deck. It is likely this will improve over time or in the near future.

I’ve informed Sega about the issues I’ve run into on Steam Deck already, but considering how lots of Sega and Atlus games run great on Steam Deck, with many being verified by Valve, I’m hopeful Soul Hackers 2’s issues get sorted soon. For this Steam Deck review, I’ve spent a dozen or so hours with the game on Steam Deck and Windows on the laptop following my PS5 playthrough to discuss the port features and performance details. Having gotten PC code after PS5, I was very excited to play Soul Hackers 2 on a portable to see how it looks and runs on Steam Deck as well. All the screenshots in this feature are from the Steam Deck when 16:10 or from the laptop running at 1080p.

For display options, Soul Hackers 2 lets you adjust display mode, choose the target display, adjust screen resolution, frame rate from 30 all the way to 150 or uncapped, and toggle v-sync. On the graphics side, you can use the game’s graphics presets from very low to very high, or customize every option included. These options are texture quality and shadow quality that go up to high and very high respectively, render scale for gameplay (50 to 100%), and toggle various settings like ambient occlusion, bloom, radial blur, anti-aliasing, and depth of field. It is disappointing that the render scale doesn’t go above 100% like it does for Monster Hunter Rise: Sunbreak.

The default camera distance and tracking was annoying when I played it on PS5 before the day one patch released. The patch brings it up to speed with PC where you can adjust the camera distance, Ringo’s position (center or left), and also adjust camera tracking. I disabled tracking and increased the distance quite a bit to make it feel good during exploration. I also set Ringo’s position in the center here.

I tested Soul Hackers 2 on my Steam Deck (256GB model) with the game installed on the internal storage. I also used the default version of Proton without changing anything for my initial testing. Soul Hackers 2 runs quite well on Steam Deck with a 60fps target which is impressive considering only the new PS5 and Xbox Series versions of the game have a 60fps option on the console side. It is worth noting that I had no issues with cut-scenes or controls in the few hours I’ve played so far. The comparison below shows how the game at 720p looks when playing at the very high and very low presets.

Soul Hackers 2 does have a few Steam Deck or Proton-specific issues right now. It sometimes freezes on launch. I’ve verified this on Proton experimental (bleeding edge), GE, and the default Proton version with reinstalling the game to make sure I don’t run into any leftover file issues that some people ran into with a few games. When the game boots up, it runs great on Steam Deck. You can even force a higher resolution to make it look gorgeous and target 30fps, but there are some issues with the freezing. Another issue I ran into is a texture or effect missing like the portal in a dungeon which only has its icon visible and not the blue portal itself.

On a laptop with an AMD Ryzen 5-3550H processor (2.1GHz Base speed up to 3.7GHz), 16GB DDR4 RAM, and an Nvidia GeForce GTX 1650 4GB GPU, Soul Hackers 2 ran flawlessly at well above 60fps when played at 1080p with everything turned on or to maximum. It loads nearly instantly on the SSD, and basically feels excellent with button prompts switching automatically when changing input methods. This is a lot better than I expected even taking into account how SEGA/Atlus games are on PC recently. Check out footage from the PC version via Gameography below:

Considering this is a pre-release game played on hardware it likely hasn’t been tested on, I’m still impressed with how it runs on Steam Deck. Once the freezing and other minor issues are fixed, this will end up being a fantastic portable experience of Soul Hackers 2 that excels above the PS4 and Xbox One versions. It is currently available on PC via Steam.

If you’re planning on getting Soul Hackers 2, details for the various editions, DLC bundles, pricing, and more are here.