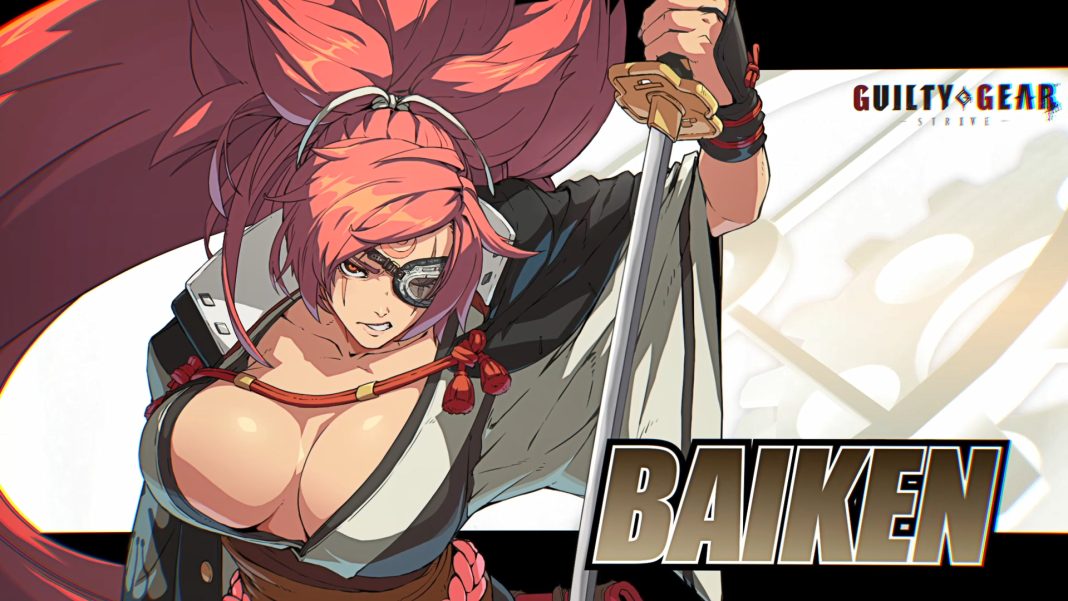 The PS4, PS5, and Steam versions of Guilty Gear -Strive- will be updated beginning later today through tomorrow with the addition of a new playable character and fixes for bugs.

Fixed a bug where, during matchmaking in Training Mode with the training environment set to “Previous Match,” the player character will sometimes be changed to the opponent’s character.
Fixed a bug where the level displayed above avatars would be displayed incorrectly.

Check out Baiken on Steam here and the PS Store here. The Additional Character Set Baiken DLC is priced at $6.99.