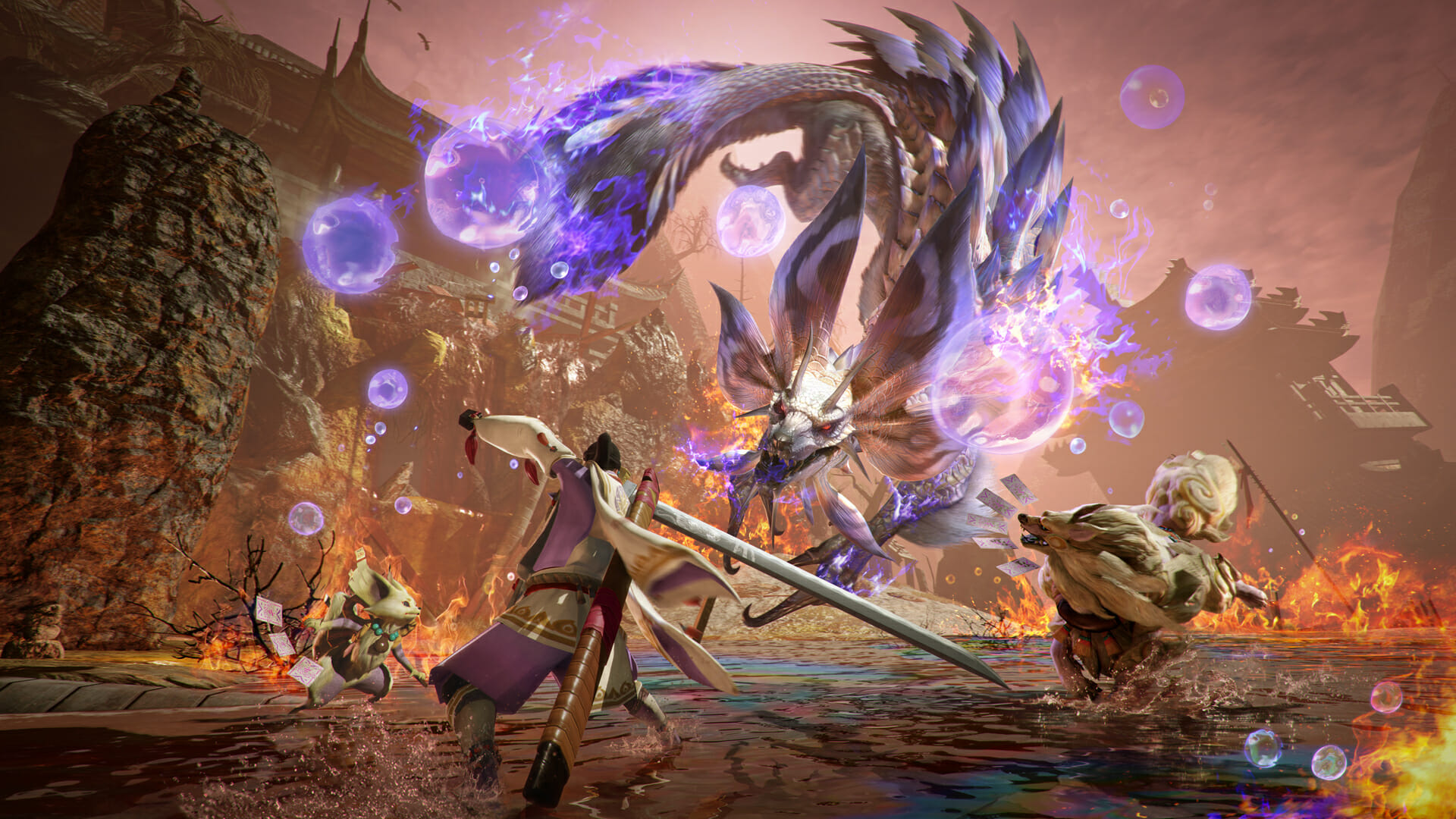 Monster Hunter Rise: Sunbreak from Capcom is out worldwide on Nintendo Switch and Steam. I played the expansion for review on both Switch and Steam. Read my review of the PC version here, Steam Deck performance review here, and Nintendo Switch review here. Today, Capcom revealed the Monster Hunter Rise: Sunbreak version 12.0.0 update patch notes ahead of its release date of September 29. This is the second free title update arriving with three new monsters, support for new event quests, new paid DLC, Layered Weapons, and more. The download size is 0.6GB on Switch and 1.1GB on Steam. Watch the free title update 2 trailer below:

The four monsters added are Violet Mizutsune, Flaming Espinas, and Risen Chameleos. As detailed in the Monster Hunter Rise: Sunbreak version 12.0.0 update patch notes, there is a lot more in this update and Capcom even confirmed another patch for October with more fixes.