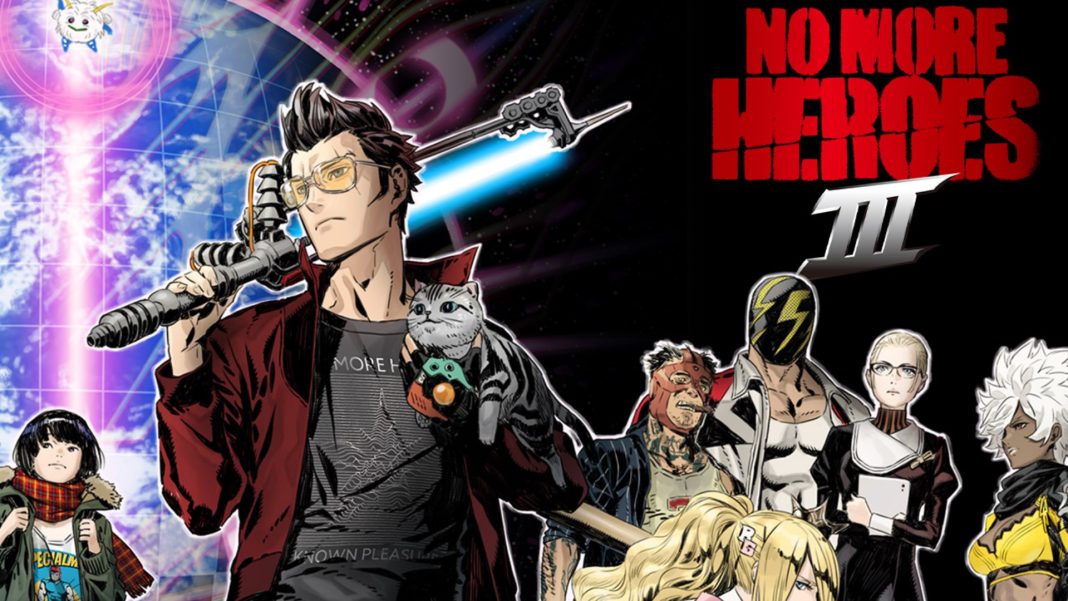 No More Heroes 3 from Grasshopper Manufacture released last year worldwide on Nintendo Switch. Read my review here and tips and tricks feature here. We featured it as our best soundtrack of 2021, one of the best Nintendo Switch games of 2021, and one of the best games of 2021. Today, Marvelous announced that No More Heroes 3 will launch on October 6 in Japan for PS5, PS4, and Xbox platforms. This follows Xseed Games announcement for the West which had the ports and release window announced for the West. Watch the new No More Heroes 3 PS5 gameplay video showcasing the new ports and Japanese dub below:

No More Heroes 3 on PS5 and Xbox Series X will be 4K and 60fps with enhanced graphics.

The Japanese voice option will also be added to Switch through an update. The cast via Gematsu is below:

No More Heroes 3 physical release for PS5, PS4, and Xbox

No More Heroes 3 is out now on Nintendo Switch. It releases this fall for PS5, PS4, Xbox Series X|S, Xbox One, and PC via Steam and Microsoft Store and on October 6 for consoles in Japan.