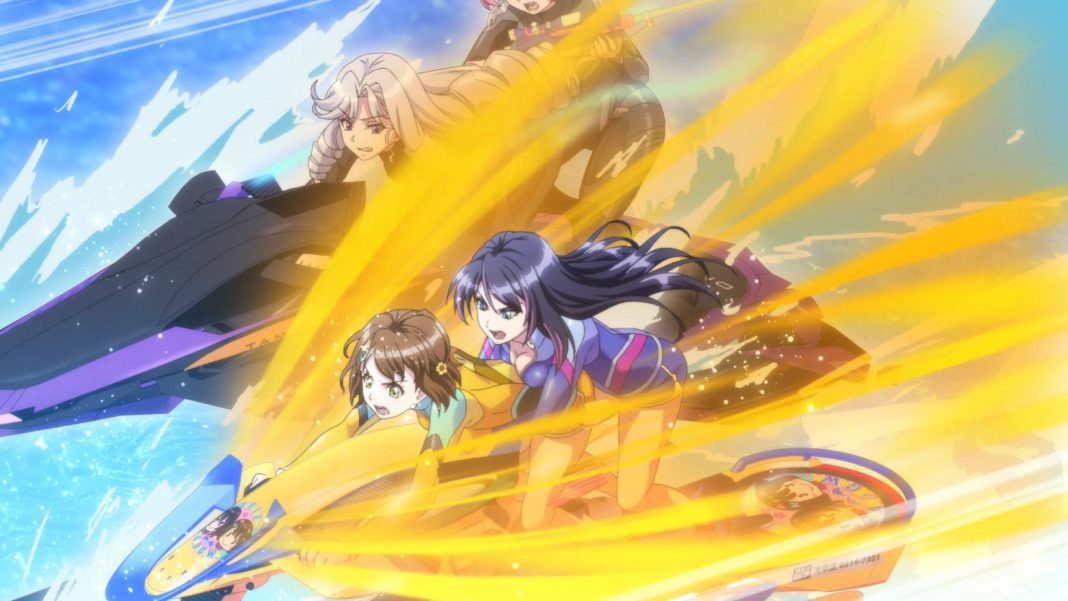 Kandagawa Jet Girls from Marvelous in Japan debuted as a cross-media franchise including an anime that can be watched on Hidive or Muse Asia and a PS4 game of the same name. The PS4 game has finally been released outside Japan on PS4 and PC via Steam. Kandagawa Jet Girls is a jet ski racing game from the creator of Senran Kagura with visual novel story segments and a wealth of customisation options and mini-games. I’ve been playing it on both PS4 Pro and PC over the last week for review and it is a surprisingly fun game with some caveats. The PC port excels above the PS4 Pro version even on dated hardware and here’s what you need to know about Kandagawa Jet Girls on PC.

Xseed Games’ recent Marvelous-developed PC ports have been pretty excellent. Daemon X Machina and the recently released Story of Seasons: Friends of Mineral Town are superb on PC. Both of those games initially targeted just Nintendo Switch. For Kandagawa Jet Girls, the target platform was PS4 and PS4 Pro in Japan. Despite the requirements looking higher than expected given the visuals, Kandagawa Jet Girls is very scalable across hardware.

Kandagawa Jet Girls on PC has two places where you can adjust the settings. Before launching the game, you can start the game’s launcher that has its own menu for changing graphics settings, controller prompts, and audio. Once you do this, the game has its own settings in the main menu under options. It is worth noting that you cannot actually change settings while in a race and can only do so from the main menu options and from the game’s launcher on Steam. This is similar to the recently released Fairy Tail PC port.

In terms of settings, Kandagawa Jet Girls has support for different resolutions, multiple frame rate options including an unlimited option, V-sync, different levels of MSAA, FXAA, shadow quality, bloom, and depth of field. Considering Kandagawa Jet Girls is developed in Unity on both PS4 and PC, I am glad that the developers of the PC port opted for adding these visual options. Some PC ports built with engines like Unreal Engine or Unity often lack more than the bare-minimum in cases like My Hero One’s Justice 2.

There are also presets that let you switch between low, medium, and high presets. These affect the aforementioned PC settings.

I played Kandagawa Jet Girls on a laptop which has an Intel i7-4750HQ at 2.00 GHz, 8GB RAM, and a GTX 950M with 4GB VRAM and could get a near locked 1080p 30fps with everything turned to maximum including 8x MSAA. The overall image quality is a lot better than PS4 Pro here. I could turn a few settings down to even hit a higher frame rate constantly than the PS4 Pro version. For resolution, the game supports multiple options that you can toggle from the launcher and the in-game options menu.

For frame rate, there are options for 30, 60, 120, 144, and unlimited fps. It is worth noting that despite V-sync and a target of 60 fps, I couldn’t actually get the game to run at that frame rate on my laptop even with everything turned down and at 720. The gameplay felt sluggish with the interface and menus refreshing at 60fps without issues.

Should you buy Kandagawa Jet Girls on PC

If you’re interested in the game, the PC version on Steam is the one to get for sure. In most cases, Steam’s regional pricing helps make the PC version but Kandagawa Jet Girls on PC has a few more additions and enhancements over the PS4 Pro version ranging from number of save slots to improved graphics and performance options. The asking price of Rs. 1,099 compared to $49.99 depending on your region also helps.

For frame rate, the PS4 Pro version runs at an unlocked frame rate and it rarely is stable and smooth. It also has a lot of screen tearing. On PC, you can alleviate these issues by tweaking the graphics settings and make it look much better than PS4 Pro even on older hardware. This port isn’t as great as some of the best PC ports like Trails of Cold Steel III but it excels above the PS4 version.

Kandagawa Jet Girls is now available on PC via Steam and PS4.