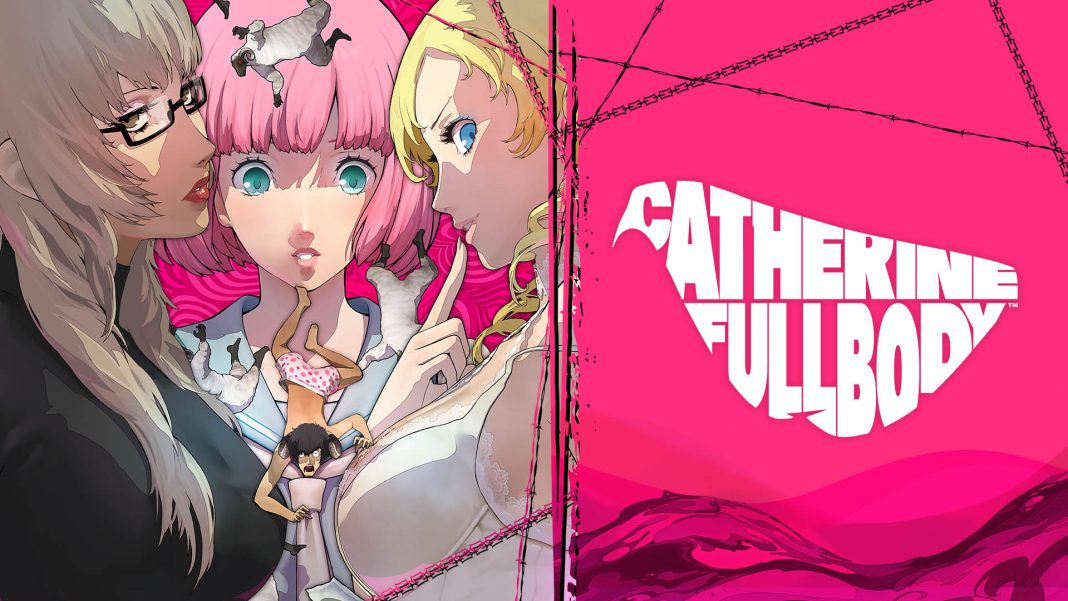 Puzzle-platformer Catherine was a very interesting take on the genre when it released back on PS3 and Xbox 360. Atlus eventually announced an enhanced version of Catherine for PS4 and PS Vita in the form of Catherine: Full Body which released last year in the West (not India) on PS4. Revisiting Catherine through Full Body on PS4 was great and the final game had a lot of additional content over the original. Fast forward to today and Catherine: Full Body has a Japanese demo available for free on the Nintendo eShop. I’ve played the demo three times across Nintendo Switch handheld, docked, and on the Nintendo Switch Lite and it fares quite well compared to the PS4 version.

The original Catherine is a very stylish game but it had many things that could’ve been addressed in a remaster. Catherine: Full Body on PS4 fixed some of the issues with improvements to environments and even the puzzles looking better. It was still not as good as it should’ve been for a PS4 enhanced release. Catherine: Full Body on Nintendo Switch comparatively gets a lot right when played alongside the PS4 version. In handheld it looks and feels great. The puzzle blocks and environments look softer both docked and handheld (and even on PS4) likely because of the post-processing used.

The non-puzzle sections of the game look great on Nintendo Switch in handheld mode. When played docked, some elements are native while others aren’t. This isn’t a big drop in image quality at all but it is noticeable when compared to the PS4 version. Given the very stylised aesthetic of Catherine: Full Body, you likely won’t have much trouble playing the game docked. The differences between PS4 and Nintendo Switch are smaller than expected.

Overall, PS4 is definitely the way to go if you want the best graphics and image quality for Catherine: Full Body but he differences are not as big as other games like Dragon Quest XI or Trials of Mana.

There are two aspects of Catherine: Full Body to consider when it comes to performance: frame rate target and load times. It is also worth considering how Catherine was originally released on earlier consoles before it was ported to PC by Sega. For a puzzle game with adventure and visual novel elements, 30fps is going to be fine but given that Atlus wanted to make Full Body the best version of the original, it is disappointing that it didn’t aim for 60fps on PS4 Pro at least.

The original Catherine on PS3 and Xbox 360 targeted 30fps. When it was ported to PC, Sega’s release on Steam supports “uncapped” frame rates but from my experience, there are some problems with the game above 30fps for actual puzzles. Catherine: Full Body on PS4 and PS4 Pro targets 30fps and that is the same frame rate target of the Nintendo Switch version. In the demo I played on Nintendo Switch, I didn’t notice any frame drops but the load times felt a bit longer than PS4 in some instances. Both the Nintendo Switch and PS4 versions of Catherine: Full Body perform well.

Catherine: Full Body Nintendo Switch vs PS4 what to buy

Ever since the original announcement for Japan, I was looking forward to playing Catherine: Full Body on a portable. While the PS Vita version never released in English, it is now portable thanks to the Nintendo Switch version and it plays very well both docked and handheld. While the image quality is a step below PS4, the performance holds up well and the Nintendo Switch version has a few other things working in its favour.

The asking price of $49.99 (approximately Rs. 3,800) is already lower than that of the PS4 version ($59.99 in USA or Rs. 3,499 on the PS Store in India for the base game) and the Nintendo Switch version includes all the DLC in addition to some exclusive voice options. On PS4, the edition with all DLC included is $79.99 or Rs. 4,799 on the PS Store. Given the original Nintendo eShop screenshots, I was expecting a port that looks worse but Atlus definitely delivered when it comes to the technical aspects of this release.

Catherine: Full Body is available now on PS4. It releases on July 7 for Nintendo Switch.